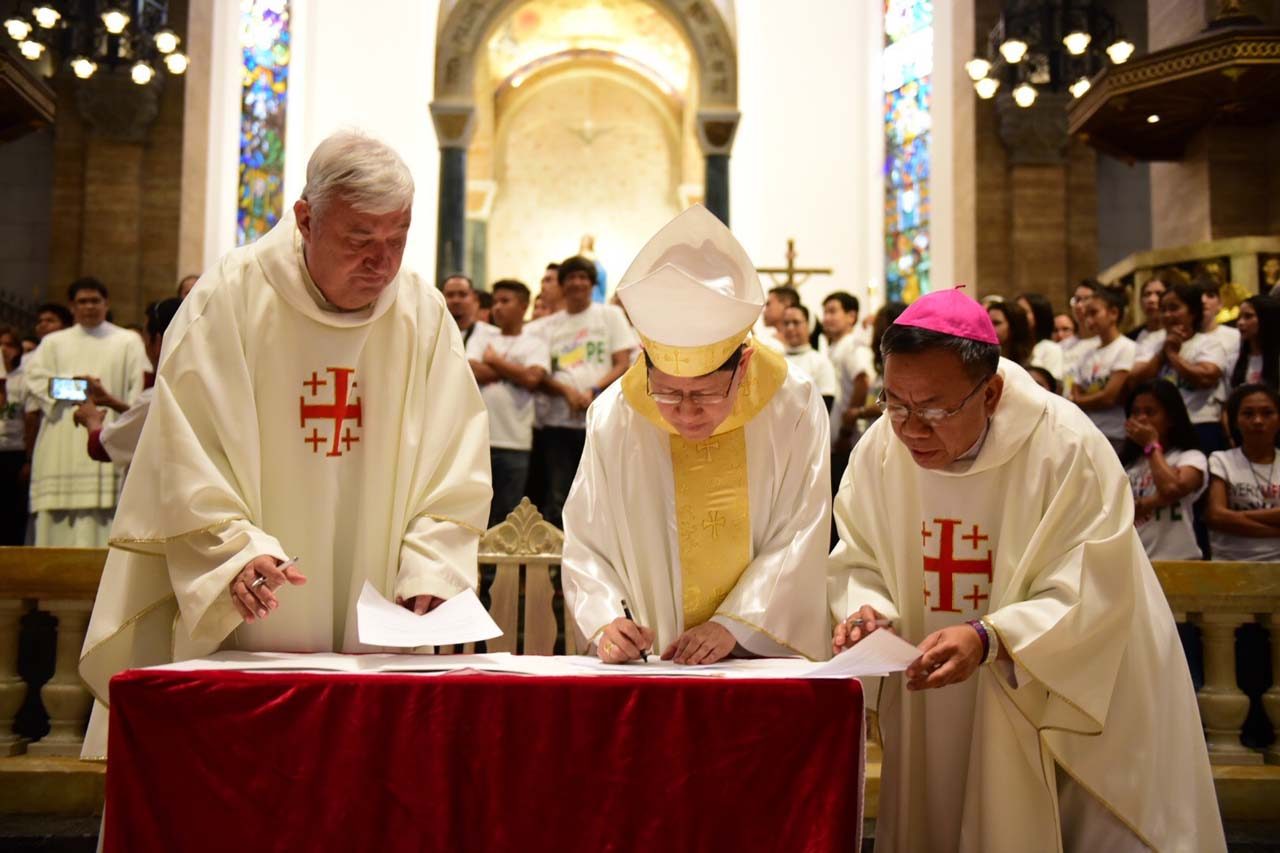 Tagle signed the memorandum of agreement (MOA) with one of Fazenda da Esperança’s founders, Father Hans Stapel, during the “Day of Hope” Mass at the Manila Cathedral on Sunday, January 8.

“Every life has hope,” Tagle said, echoing the theme of the Day of Hope on Sunday. (READ: Cardinal Tagle: ‘No person will be discarded by Jesus’)

Stapel added that “Jesus is stronger than drugs.”

The rehabilitation farm was first established in São Paulo, Brazil, and now has communities in Mozambique and European countries.

Sanlakbay is the Church-run drug rehabilitation program of Caritas Manila, which began on October 23, 2016.

The MOA signing comes as President Rodrigo Duterte wages a war on drugs that has already killed more than 6,200 people.

(I want to tell all young people not to be afraid to escape from darkness. It is possible to escape from the darkness because Jesus is stronger than drugs.) – Rappler.com