Duterte to mayors on ‘final’ drug list: Resign or die 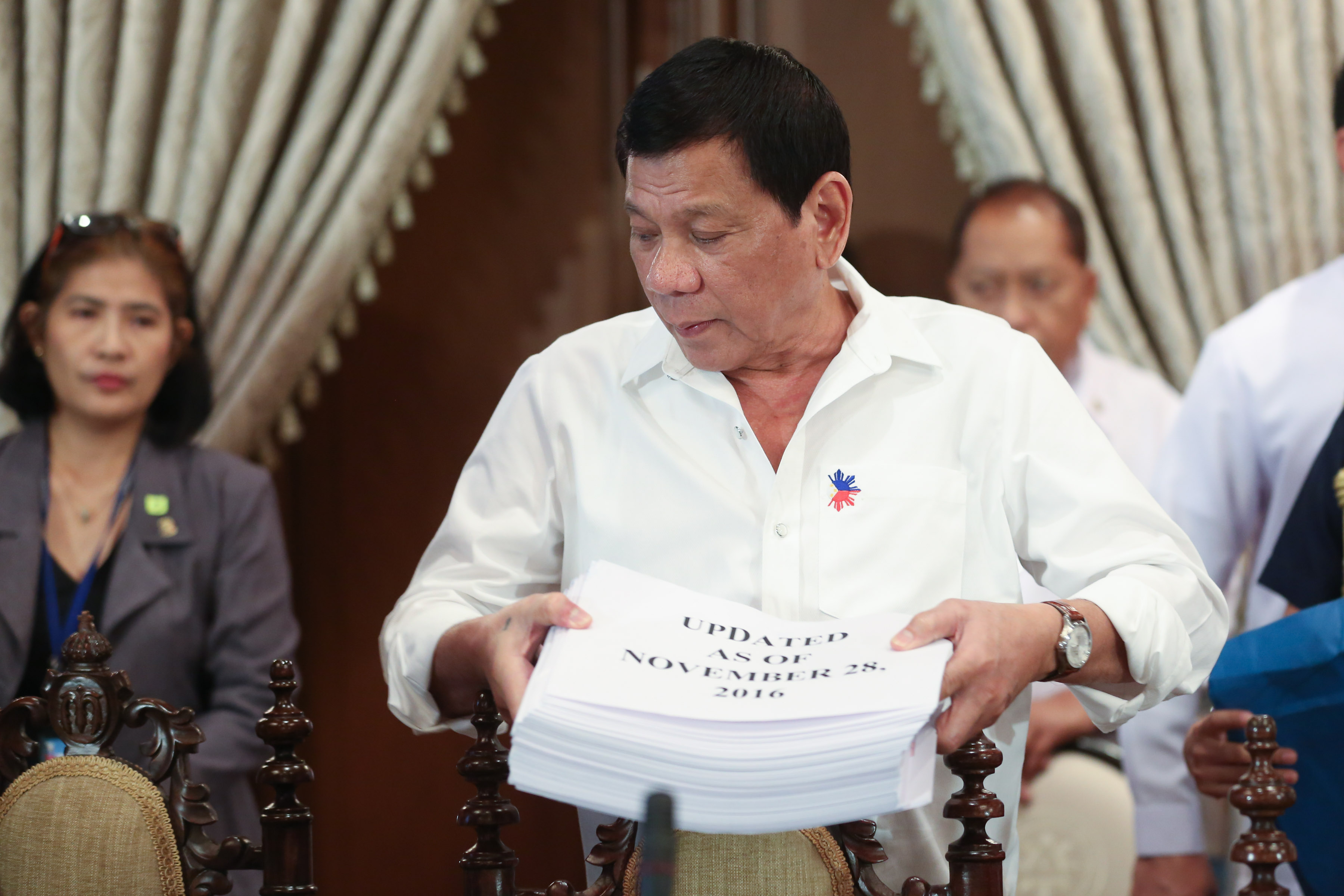 MANILA, Philippines (UPDATED) – President Rodrigo Duterte plans to confront mayors who are on his final list of suspected drug personalities, and warn them to resign and abandon their drug trade, or face death.

(I will call the mayors, I will lock them in so it’s just us. I will really tell them, ‘The list I gave you is this thick. Look for your name there, mayor. If your name is there, son of a bitch, you have a problem, I will really kill you.)

He was giving a speech during the oath-taking ceremony of over 200 appointees.

“Either you resign or make a clean break of everything, come up with clean nose and we’ll talk,” he added.

If he will be remembered as a murderer, so be it, he said.

“I might go down [in] history as the butcher. Eh bahala kayo (It’s up to you.),” said Duterte.

The President said mayors who have links to the drug trade can expect to lose some privileges that come with their position.

“The first thing that I would do is to deprive you of the supervisory powers over the police, second is tanggalin ko lahat ng security mo (I will remove all of your security detail),” he said.

Duterte previously voiced his suspicion that mayors are using their powers to choose police chiefs in their cities or towns in order to ensure the local police leaders don’t get in the way of the drug trade.

Having body guards, meanwhile, empowers these supposedly corrupt mayors by protecting them and making them more intimidating.

This is the President’s latest threat to kill drug personalities. His previous threats have triggered much criticism from both local and international groups and public figures who worry that such statements could encourage an environment conducive to extrajudicial killings.

Duterte himself, without toning down his rhetoric, insists the recent wave of summary killings are not the work of government.

He has shot back at critics for “lecturing” instead of helping him solve the spread of illegal drugs in the country.

On Tuesday, January 10, Vice President Leni Robredo sought to “caution the President in making such pronouncements” about killing mayors if they do not stop their alleged drug-related activities.

“We hope the President was only exaggerating when he talked of killing mayors included in his drug list,” she said in a statement. “We believe in the rule of law and believe that only the courts can decide if mayors in the drug list are guilty or innocent.” – Rappler.com