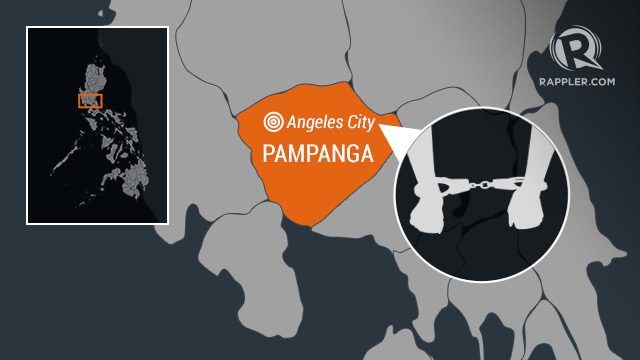 MANILA, Philippines – A Philippine policeman assigned to the anti-illegal drugs unit has been detained over the alleged kidnapping of a South Korean businessman who went missing nearly three months ago, authorities said Tuesday, January 10.

The businessman’s wife reported the abduction to the police after he disappeared from his home in the northern city of Angeles in October last year, they added.

“The (Philippine National Police) chief has ordered the placing under restricted custody of the policeman allegedly involved in the kidnapping of a Korean businessman,” national police spokesman Senior Superintendent Dionardo Carlos told AFP.

Philippine police chief Director General Ronald dela Rosa said on Monday, January 9, that the policeman alleged to have taken part in the abduction was a low-ranking officer assigned to a special unit going after drug traffickers in Angeles.

Police have asked the justice department to file criminal charges against him, Dela Rosa said.

However Dela Rosa did not give any details as to whether the detained officer had given any information about the case. Police did not identify the missing South Korean or the officer under investigation for alleged kidnapping.

The South Korean embassy in Manila told AFP it did not wish to comment on the case.

The Philippine Daily Inquirer on Monday quoted the missing man’s wife as saying the abductors had kidnapped him in a bid to extort a ransom.

The wife said she had already paid five million pesos ($100,000) but the kidnappers wanted another 4.5 million pesos, according to the newspaper.

The Philippine police force has a long history of corruption.

However, critics of President Rodrigo Duterte say he has emboldened corrupt officers with his repeated pledges that he will shield all police from prosecution if they are charged with killing people in his drug crackdown.

About 5,700 people have died in Duterte’s drug war since he took office in the middle of last year.

“Now cops appear to have upped their game by venturing into kidnapping for ransom in the name of the drug war,” the Inquirer, which has reported critically on the crime crackdown, said in an editorial on Tuesday.

However Dela Rosa insisted he would not tolerate corrupt officers.

“We are not condoning (the alleged kidnapping). If it’s proven that he was responsible, he doesn’t deserve any day in this organisation,” Dela Rosa said. – Rappler.com