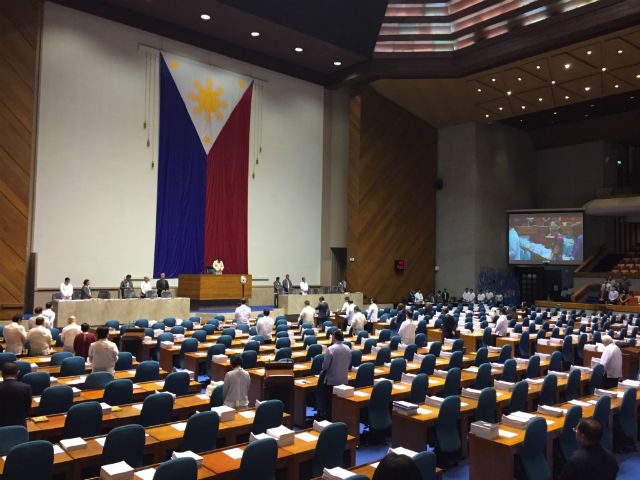 MANILA, Philippines – The House of Representatives on Monday, January 16, approved on 3rd and final reading a bill allowing the Social Security Commission (SSC) and the Social Security System (SSS) to increase members’ contributions without approval from the President.

In the same session, lawmakers also voted 233-0-1 to approve House Joint Resolution Number 10, which mandates a P2,000 across-the-board increase in the pension for SSS members.

The report of the House committee on government enterprises and privatization states that HB 2158 authorizes the SSC and the SSS “to determine the salary credits, schedule and rate of contributions, and rate of penalty on unremitted contributions and unpaid load amortizations without need for approval from the President of the Philippines.”

The measure also allows the SSC and the SSS to enter into compromise or release any interest, penalty, or any civil liability to the SSS in matters concerning short- and medium-term loans to its members – again without the President’s approval.

HB 2158 also gives the SSC and the SSS the power to “condone, compromise or release, in whole or in part, on a case to case basis, such penalties imposed upon employers for delinquent social security contributions due to fiscal difficulties.”

All annual reports on the SSC and the SSS’ power to condone penalties for delinquent social security contributions shall be submitted to the House and the Senate.

Before these measures were approved, President Rodrigo Duterte already agreed to a P1,000 increase in the SSS pension this year. But this means that SSS members’ contributions will increase from 11% to 12.5% starting in May.

Several Liberal Party lawmakers argued, however, that increasing the SSS premiums is “illegal” because RA 8282 prohibits the SSC and the SSS from recommending an increase in benefits that would require an increase in contributions. – Rappler.com