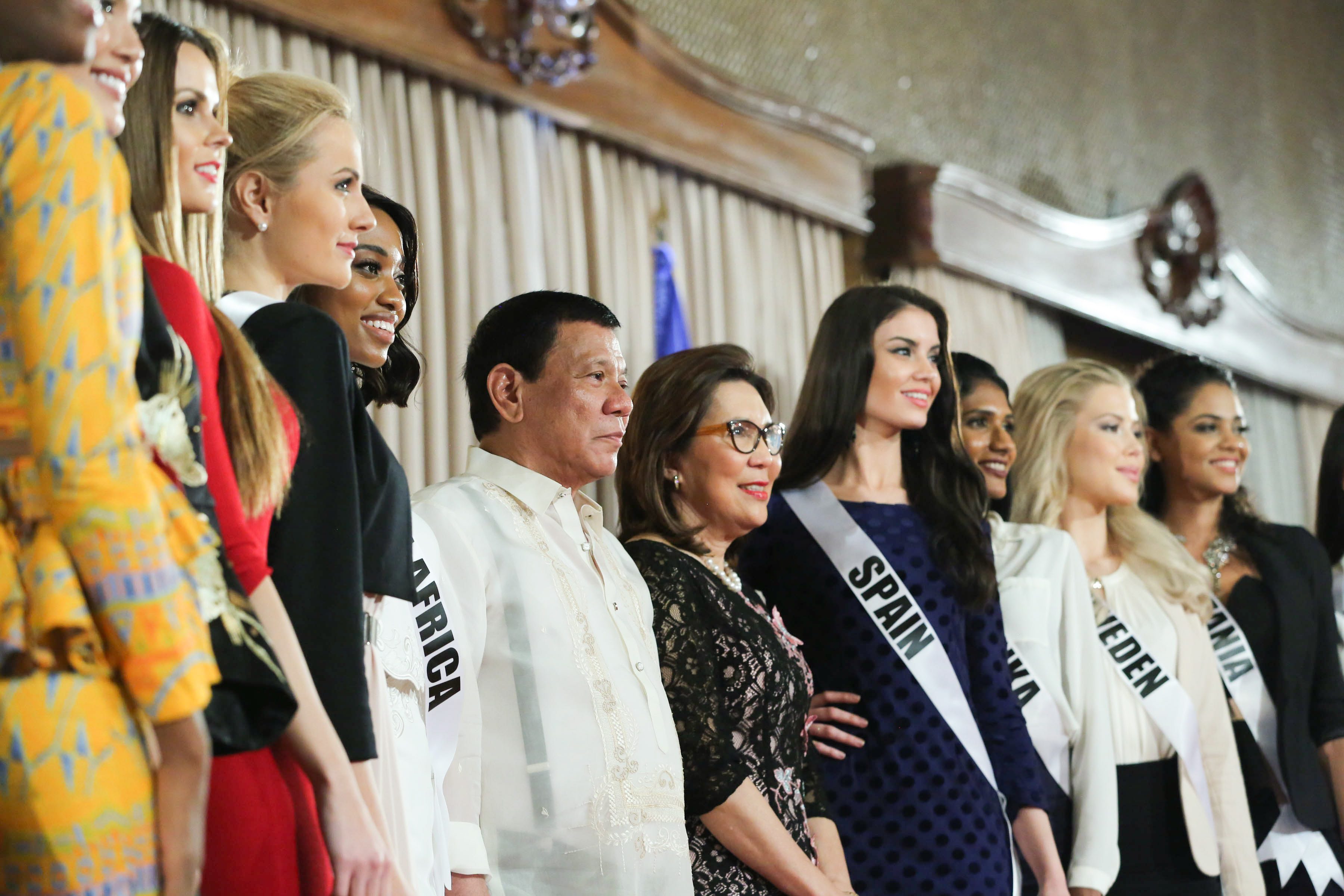 Duterte said the message was relayed by Miss Universe Organization president Paula Shugart, though he mistakenly identified her as Miss USA. Miss USA 2016 is Deshauna Barber.

“This is the briefing. Message from US President Donald J. Trump as relayed through Miss Universe – kandidata nila – Paula Shugart. Trump requested her to extend his best regards to President Duterte,” he said on Tuesday, January 24.

“‘According to Ms Shugart, US President Trump supports the Duterte administration and had requested her to relay this message to him,'” Duterte said, recalling the message.

Trump was inaugurated as US president only last Friday, January 20.

Duterte said he didn’t attend the inauguration because he wasn’t invited.

(Because Miss USA said, “President Trump sending his warm felicitations.” So I said, “Tell him: friend, I didn’t go to the inauguraiton because I wasn’t invited.”)

Trump had owned the Miss Universe Organization before selling it to agency WME/IMG in September 2015. – Rappler.com