Duterte: No peace with communists in our generation 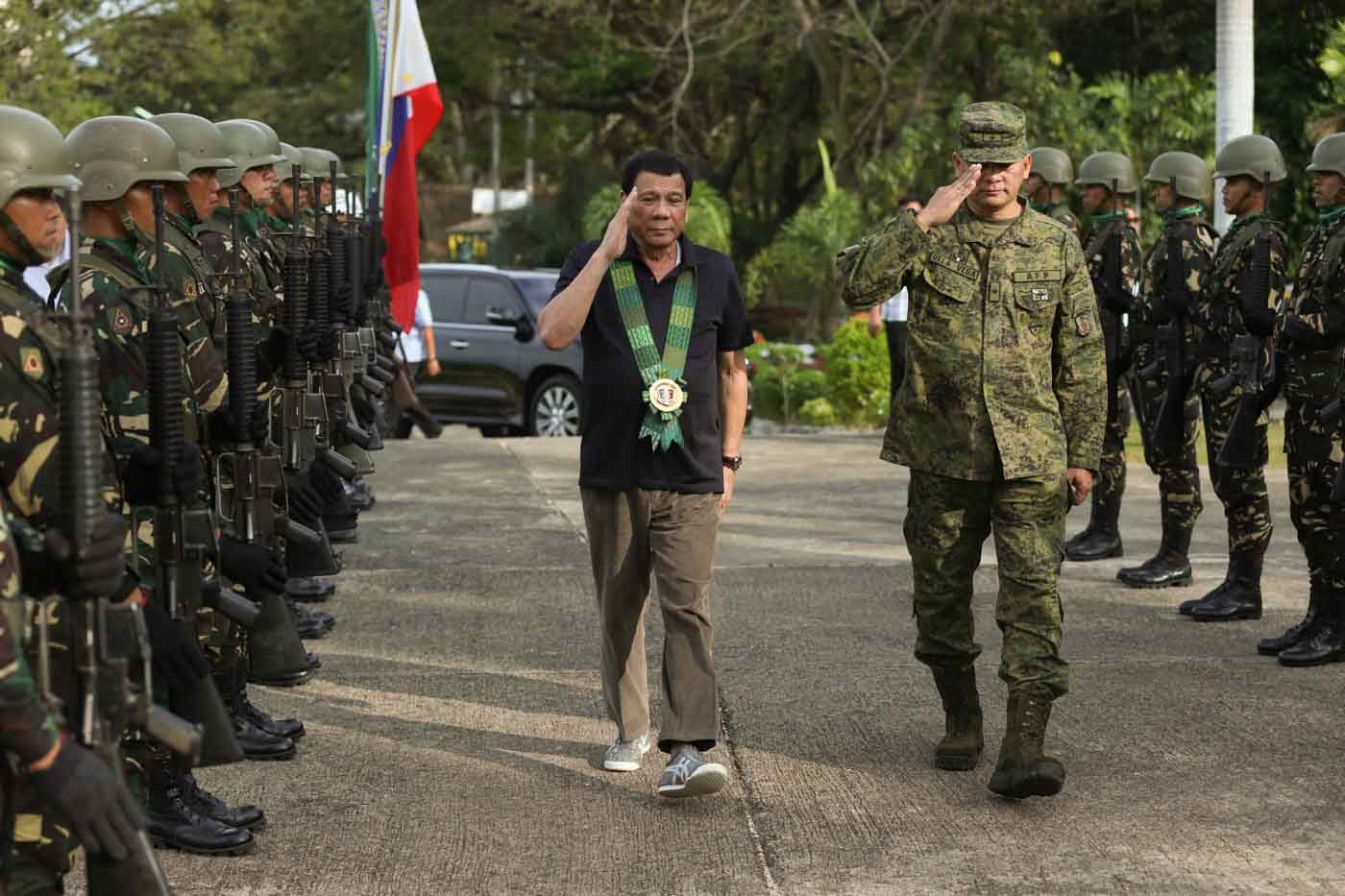 Facebook Twitter Copy URL
Copied
'I tried my best, but I guess it wasn't good enough...There will be no peace in this land vis-a-vis the Communist Party,' says the President

MANILA, Philippines – President Rodrigo Duterte expressed doubts his administration will be able to make peace with communists, after announcing his decision to lift government’s ceasefire on Friday, February 3.

“I would really like to express my sadness: we cannot have a peaceful generation. There will always be a fight,” said Duterte in North Cotabato at the inauguration of a solar-powered irrigation system.

Referring to the decades-old rebellion of the New People’s Army, Duterte said: “It was 50 years in the making, ang ibig sabihin gusto niyo another 50 years [of fighting]? Wala nang katapusan? (So you want another 50 years [of fighting]? No more end?) Kung wala nang katapusan, eh di sige (If no more end, then fine), but let it not be said that I did not try. So I guess that peace with the communists cannot be realized during our generation.”

“I tried my best, but I guess it wasn’t good enough…There will be no peace in this land vis-a-vis the Communist Party. Ipagpatuloy natin ang giyera (Let’s continue the war),” he said.

With the setback to peace talks under his administration, Duterte doubts the next administrations will be able to end the communist rebellion, the longest-running insurgency in Asia.

“To me, mahirapan na tayo. About the only time, the golden opportunity, kasi galing ako sa Left, would be under my administration. Otherwise, wala na,” said Duterte.

(To me, we’ll find it difficult. About the only time, the golden opportunity, because I am from the Left, would be under my administration. Otherwise, no more.)

Duterte insisted the communists made “unreasonable demands” such as their call for the release of around 400 political prisoners before signing a bilateral ceasefire agreement.

But Duterte had already ordered the release of top CPP-NPA-NDF leaders to allow them to join peace talks. Both parties refuse to budge, with Duterte saying he is on the “losing end of the bargain” if he releases more prisoners despite no substantial progress in the peace talks.

“For me, releasing the leaders is already a sign that I want peace. But if I release more now, truth be told, if you are to disappoint the military and police, I could get into trouble,” he said in a mix of English and Filipino.

The deaths of soldiers during recent encounters with NPA rebels was the last straw for Duterte, who said he “walked the extra mile for peace.”

“Because I’ve lost so many soldiers in just 48 hours, I think to continue with the ceasefire, we will not produce anything,” he said.

The lifting of the government ceasefire takes effect immediately after Duterte gives orders to the military. The NPA’s ceasefire withdrawal will take effect on February 10. – Rappler.com