Duterte to push for mandatory ROTC for grades 11, 12 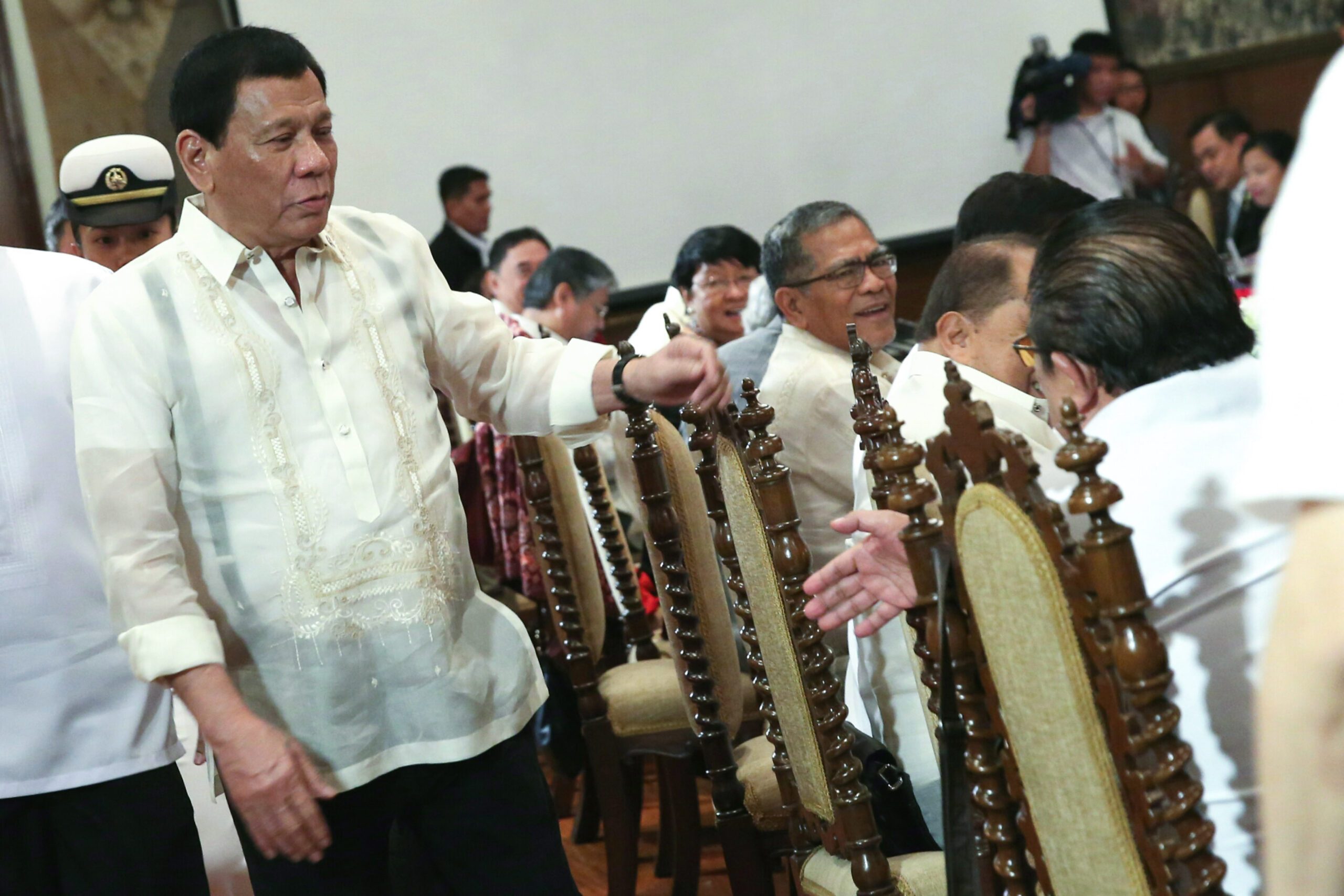 During a Cabinet meeting on Tuesday, February 7, he approved the filing of the Department of National Defense’s proposed bill reviving mandatory ROTC.

“PRRD (President Rodrigo Roa Duterte) has approved the filing of the DND bill for the return of mandatory ROTC,” Defense Secretary Delfin Lorenzana told Rappler in a text message.

The bill still has to be submitted to Congress, deliberated on by lawmakers, and passed as an amendment to the Republic Act No 7077 or the Citizen Armed Forces of the Philippines Reservist Act before it can be implemented.

Agriculture Secretary Manny Piñol specified that the bill intends to revive ROTC for Grades 11 and 12.

“President Rody Duterte has approved the return of the Reserved Officers Training Course in Grades 11 and 12 of the country’s public and private schools,” he said in a Facebook post.

“This will now be forwarded to Congress and Senate and certified as urgent by President Duterte,” he added.

The President and Cabinet members discussed the proposal after Lorenzana presented the DND’s proposed bill.

Previously, ROTC was implemented at the college level. It was abolished in 2002 after an investigation showed that a University of Santo Tomas student was murdered after he exposed alleged corruption in the ROTC. (READ: CHED: More info needed on reviving mandatory ROTC)

In August, Duterte threw his support behind the proposal when it was tackled in a Cabinet meeting, believing mandatory ROTC will instill discipline and patriotism among young Filipinos.

During the presidential campaign, Duterte broached his plan to revive the mandatory ROTC to augment government forces in the face of Chinese aggression in the disputed West Philippine Sea (South China Sea).

Commission on Higher Education chair Patricia Licuanan made a report to the Cabinet in August, after Duterte mentioned the program in his first State of the Nation Address (SONA). (READ: More info needed on reviving mandatory ROTC)  –Rappler.com