Feb 9, 2017 10:27 AM PHT
Mara Cepeda
Facebook Twitter Copy URL
Copied
Speaker Pantaleon Alvarez says he does not care if the Senate is not poised to pass the death penalty measure as his only concern is the bill's passage in the House 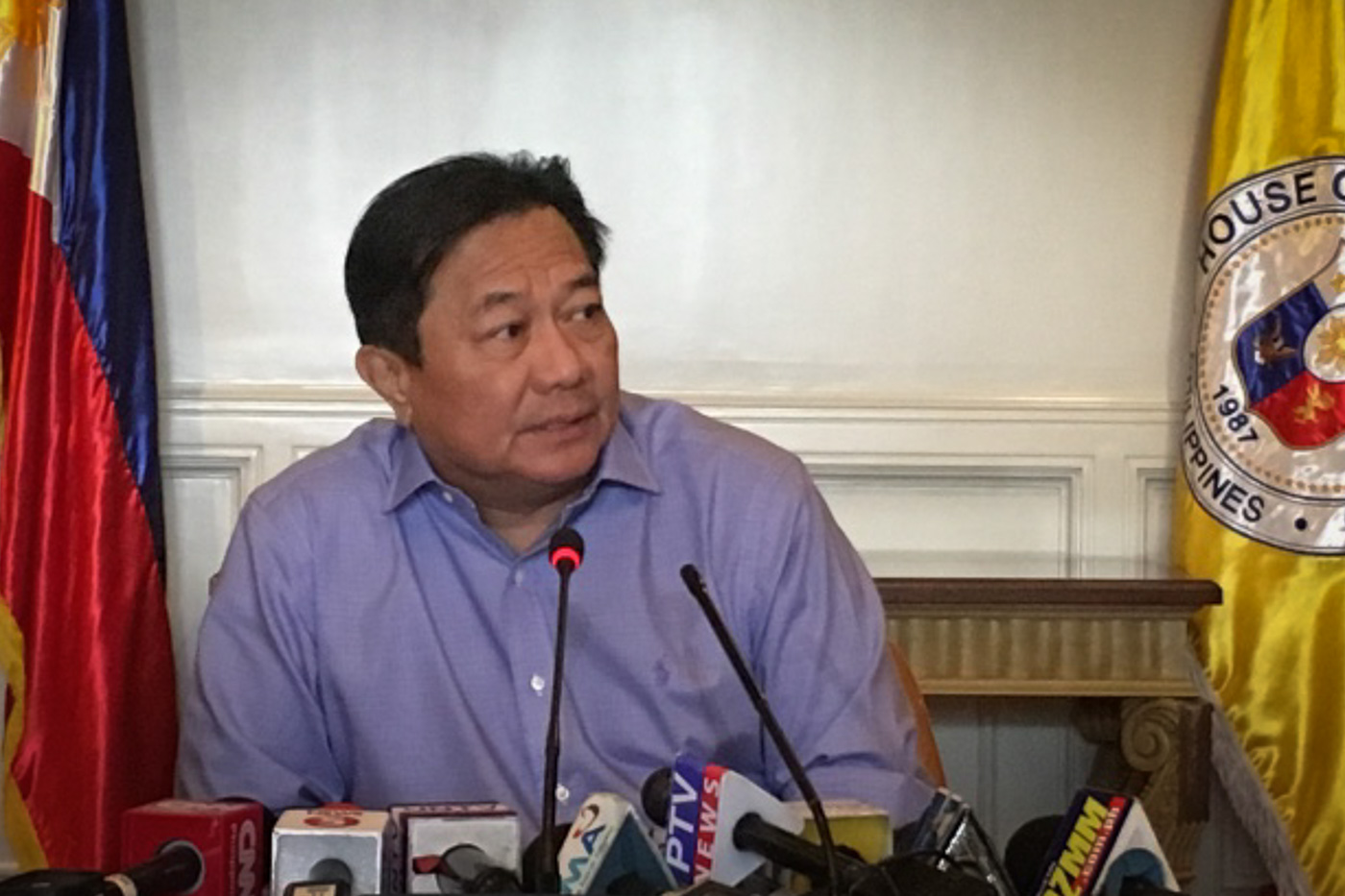 MANILA, Philippines – Speaker Pantaleon Alvarez is determined to see through the passage of the controversial death penalty bill under his leadership, targeting to end the plenary debates on the measure by mid-March.

Alvarez expressed his resolve to fast-track deliberations on the administration measure in an interview on dzMM on Thursday, February 9, when asked when he intends to have House Bill (HB) No 4727 passed on 3rd and final reading.

The congressional debate on reimposing the death penalty for 21 heinous crimes kicked off at the House when justice panel chairperson Reynaldo Umali sponsored HB 4727 for 2nd reading on February 7. (READ: Lagman on death penalty bill: Vengeance is not justice)

With the 17th Congress scheduled to take a 6-week break starting March 18, this means Alvarez wants congressmen to debate on the capital punishment measure for a little over a month only. (READ: Congressmen’s compromise: No mandatory penalty of death in bill)

This is a short time, compared to the years-long struggle the House went through to pass the Reproductive Health (RH) law. The RH bill was first brought to the plenary for debates during the 15th Congress, but then president Benigno Aquino III only signed the bill into law on December 21, 2012, under the 16th Congress.

Reimposing the death penalty is a priority measure of President Rodrigo Duterte. The Senate is poised to kill the bill, but in the House, Duterte’s hold over the majority has prevailed, so far.

The House leadership already called out the anti-death penalty lawmakers for their delaying tactics on the bill, including the repeated insistence that there must be enough attendance at the plenary every time the debate is on the agenda.

(I am saddened that they are using this to delay the process instead of debating and interpellating….But we have a schedule, so if they continue doing that then we will already put the bill to a vote.)

The Speaker also said he would replace deputy speakers and committee chairpersons who would vote against the passage of HB 4727.

This includes Deputy Speaker Gloria Macapagal-Arroyo, who supported the abolition of the death penalty in the Philippines when she was president, in 2006. Alvarez used to be Arroyo’s transportation secretary.

In a separate interview with House reporters on Wednesday, February 8, Alvarez said losing allies over the death penalty bill is “not a problem” for him.

A visibly peeved Alvarez also said he does not care what the Senate does, when asked if his efforts on HB 4727 were futile given some senators’ reluctance to reimpose capital punishment.

“Eh wala akong pakialam (I don’t care). It’s not my concern. House lang ang pinag-uusapan natin dito (We’re only talking about the House here). I just have to do my duty,” said the Speaker. – Rappler.com