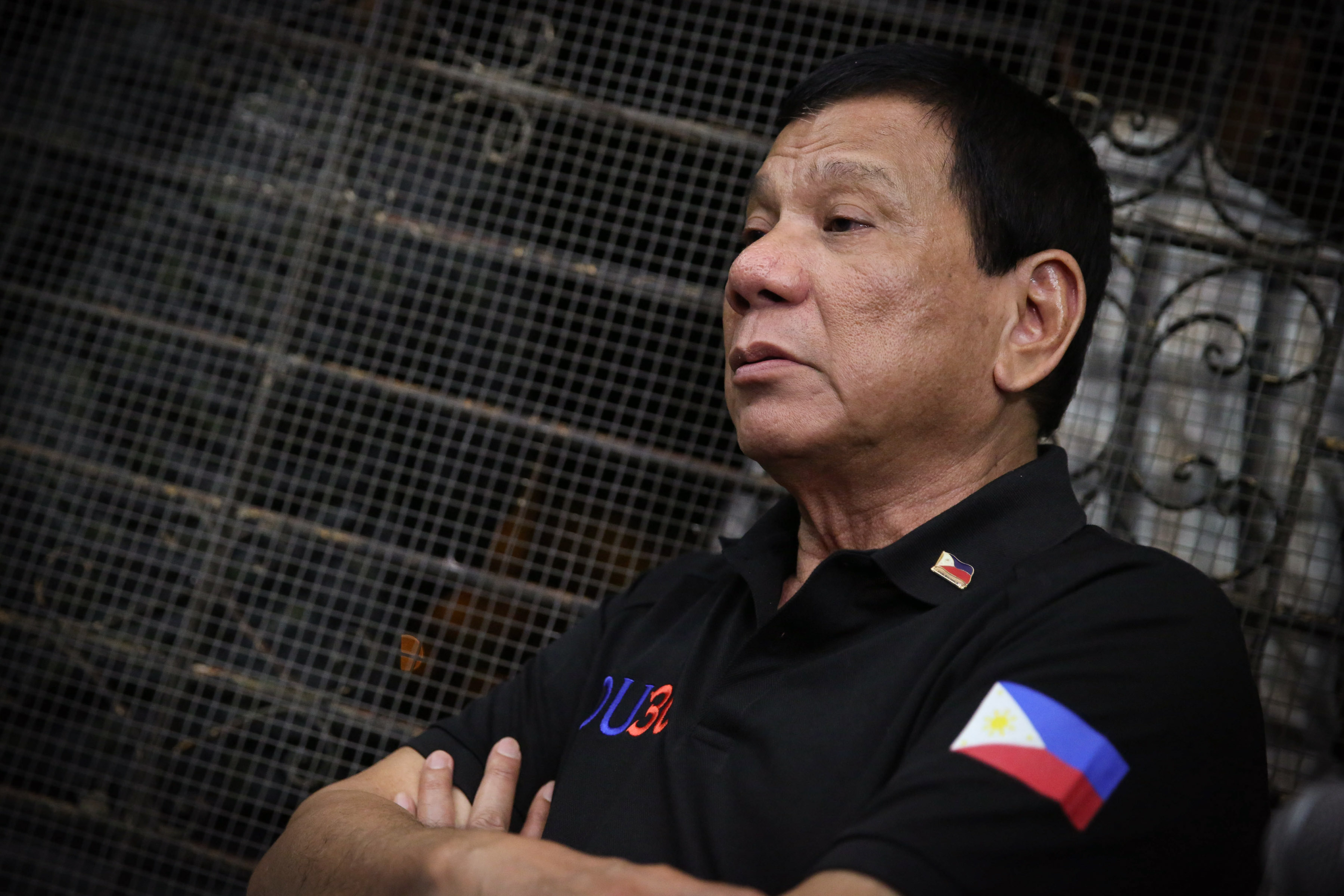 This was Duterte’s response to Trillanes which he released through a video message sent to media late Thursday night, February 16.

“If Trillanes can prove his allegation that I have amassed P2 billion illegally or if that bank account under my name has a total deposit at one time of even just half a billion [pesos], I will resign as President immediately,” said Duterte.

“I would advise Trillanes to go to court and file the proper case against me and advise him further to stop opening his mouth when he has nothing to say,” added the President.

Duterte did not stop at responding to the lawmaker’s claims. He had accusations of his own to make.

He claimed Trillanes, among his fiercest critics in the Senate, profits from hiring many consultants.

“It is known in the Senate that Trillanes uses his office to ask for retainers and that this has become a lucrative business for him,” said Duterte, reading his prepared message.

He also said one reason why Trillanes is making such accusations against him is because he has “nothing to lose,” being on his last term as senator.

“First, Senator Trillanes is on his last term and will have nothing to lose if he will resign from office, which will explain his penchant for all this daring President to resign. He actually has no political career after his term,” said Duterte.

The President also addressed Trillanes’ claims that suspicious amounts of money found their way into the bank accounts of his daughter Davao City Mayor Sara Duterte-Carpio and his common-law wife Honeylet Avanceña.

“He must also have forgotten that my daughter Sara is a lawyer by profession and that she earns from this and that she has clients that actually pay for her services and not from illegal retainers that Trillanes is so used to doing,” said Duterte.

As for Honeylet, Duterte said his partner is a known businesswoman in Davao City, being the owner of Mister Donut franchises and the meat supplier of 5 malls.

It was at this point when Duterte veered off from his written speech to address Trillanes extemporaneously.

“Trillanes, you know, Honeylet started her donut business 18 years ago. She supplies meat to 5 malls here in Davao, she supplies the beef and pork. That’s how much money that woman has, who is hardworking, unlike you who is just ambitious,” said the President in a mix of English and Filipino.

Duterte also explained how his family is quite well-off. In public speeches, he has said that his family had started out “poor” in Davao City.

(We were not poor. My father was a governor before, he left us with something. You, what was left with you? Just hot air and arrogance.)

Earlier that day, Trillanes held a press conference in which he again showed media documents listing down supposed bank accounts under Duterte’s name and that of his family members which contained large sums of money from 2006 to 2015.

Duterte, claimed Trillanes, had as much as P2.4 billion in his bank accounts not declared in his Statement of Assets, Liabilities, and Net Worth when he was mayor.

It was a revival of a claim he made a few days before the 2016 presidential elections. – Rappler.com