What’s happening to hazing cases in the Philippines? 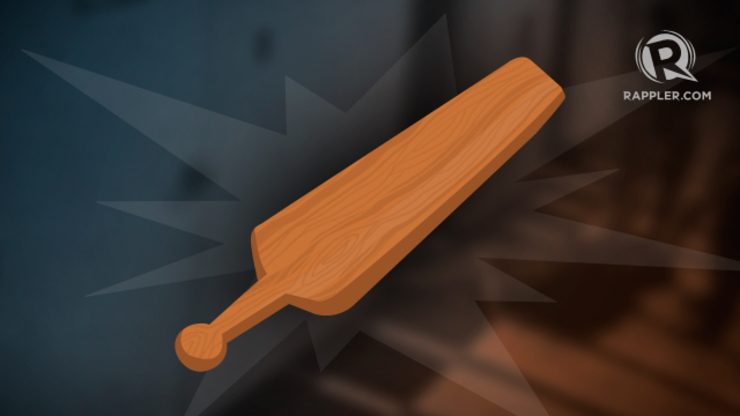 Facebook Twitter Copy URL
Copied
There are 14 reported hazing deaths in the last 22 years since the Anti-Hazing Law was passed, but only one conviction so far

MANILA, Philippines – The newest case of hazing of a sorority member was elevated to the Department of Justice (DOJ) after the 18-year-old victim filed the complaint with state prosecutors on Friday, February 17.

Larissa Colleen Alilio, a 2nd year tourism student at the Lyceum of the Philippines University in Manila, is suing 14 members of the Tau Gamma Sigma sorority for violation of Republic Act 8049 or the Anti-Hazing Law.

Alilio, daughter of Lemery, Batangas Mayor Eulalio Alilio, sustained bruises and burns after her thighs were hit with a paddle and candle wax was poured on her back during a hazing rite held at an abandoned house in Las Piñas last January 8.

According to her affidavit filed with the local police, Alilio said she was sought out by a Tau Gamma member who took her cellphone number and called her repeatedly and then followed her around campus.

Alilio said she had no interest in joining the sorority but members cornered her to follow them in an isolated part of the campus where she was “blessed.” After that, Alilio said she was threatened to join the sorority where she paid her “services” for 4 days by running errands for the members, until the hazing rites on January 8.

(They told me it would just take a while, they told me to do as they say. They told me to bow my head and close my eyes and not open them. They muttered the words “I love Tau Gamma” while carressing my face.)

Medusa is a term used for members at the training level within the Tau Gamma Sorority.

On January 8, Alilio was taken to a house in Las Piñas where around 40 sorority members gathered. They blindfolded her and asked her to kneel down. They hit her thighs with a paddle and belt, and poured melted candle wax on her back as they slapped her face repeatedly.

According to her mother, Cherry Alilio, the last thing her daughter heard before blacking out were the words “Kung namatay ‘yan isako na lang.” (If she dies, just put her in a sack.)

The victim regained consciousness and was sent back to her house in Pasay City through an Uber ride. She told her parents only the following Monday. A medical report said she suffered from “hematoma, bilateral thigh, superficial partial thickness burn and back acute stress disorder.”

Alilio is now being home schooled, saying the involved sorority members are still in Lyceum.

(They said no one can touch them, anyone who goes against them will lose. I’m not here to destroy them, I just want justice.)

The Lyceum administration had earlier said in a statement: “[The university] does not tolerate or condone violence of any kind. The institution had no knowledge of this activity, and as such, this was not a school-sponsored activity.” Since 1995, fourteen people have reportedly died allegedly due to hazing, the most recent being 14-year-old student Christian dela Cruz from Bulacan who died in June 2015 after being mauled to death in a hazing rite.

The passage of the anti-hazing law in 1995 was a result of the death of Ateneo law student Leonardo “Lenny” Villa in 1991.

But in the 22 years since the law was enacted, there has only been one conviction. The Supreme Court (SC), in 2015, found two Alpha Phi Omega (APO) members guilty of violating the law for the hazing and death of University of the Philippines-Los Baños (UPLB) student Marlon Villanueva in 2006. (READ: Stop the barbarians)

One of the most high-profile hazing cases in recent years was that of Marc Andrei Marcos, a first year law student in San Beda who died in 2012 in the hands of his fraternity brothers. Anti-hazing law charges were dismissed by Cavite Regional Trial Court Branch 90 Judge Perla Cabrera Faller in 2013 for lack of probable cause and ample evidence.

The family has since filed a motion for reconsideration.

On February 17, the SC dismissed Judge Cabrera Faller for the administrative charge of “gross ignorance of the law”, calling the dismissal of charges “hasty”.

The main case against the suspects, however, at this point, remains dismissed.

Fight for justice under anti-hazing law

In October 2013, or one month after the Cavite court dismissed charges in the Marcos case, Reglos’ family withdrew the charges and settled with suspects who are members of the Lhambda Rho Fraternity.

(Their leader is dead, the two others have posted bail, we have sought help from a lot of people even Justice Secretary Leila de Lima, but the government is not supporting us.)

Former law professor and lawyer Ted Te pointed out in a Thought Leaders piece that amendments are needed in the anti-hazing law, the main one, he said, is the title itself. RA 8049 is an act “regulating”, not prohibiting, hazing.

Alilio’s mother says she has not lost faith.