Feb 20, 2017 10:37 AM PHT
Rappler.com
Facebook Twitter Copy URL
Copied
(UPDATED) Four months after he denied his involvement in the Davao Death Squad, a retired Davao policeman drops a bombshell in a press conference 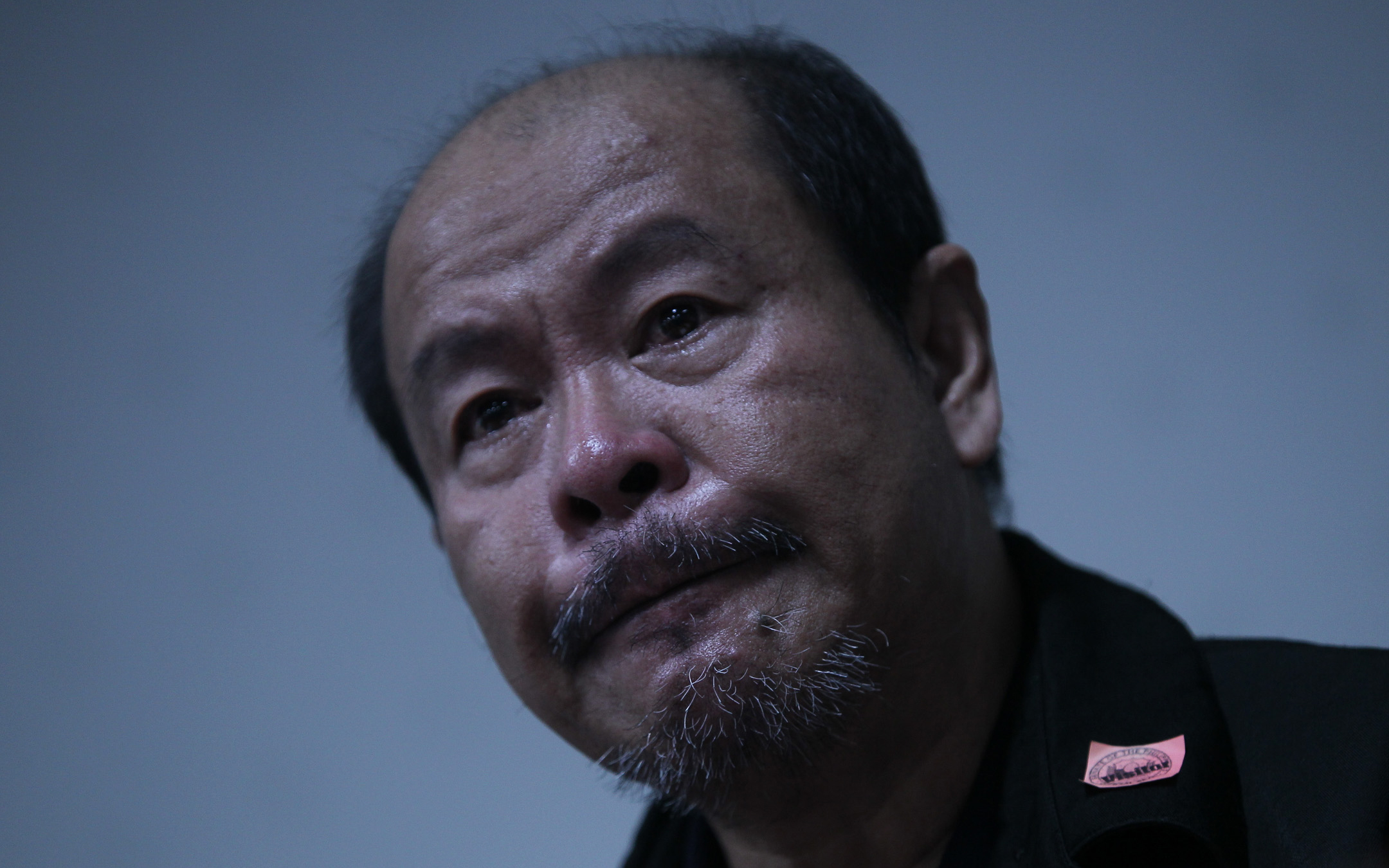 Lascañas’ statement on Monday was a turnaround from his Senate testimony in October 2016, where he debunked Matobato’s claim then about the existence of the DDS.

Lascañas is known to be one of the policemen closest to then mayor Rodrigo Duterte, according to Matobato and other PNP sources.

Rappler learned Lascañas has been in the custody of various groups for over a month now.

At the press conference, Lascañas said it was Duterte, then mayor, who asked his driver/bodyguard, Sonny Buenaventura, to look for a hitman. Lascañas said he accepted the contract to kill radio commentator and Duterte critic Jun Pala in 2003. He was offered P3 million as reward, Lascañas said. P500,000 was set aside for operational funds.

Lascañas said they eventually got to Jerry Trocio, part-time bodyguard of Pala. It was Trocio who tipped the group about the right time to do the ambush, Lascañas added.

Lascañas also talked about the murder of a religious leader, Jun Barsabal, in 1993.

Barsabal, who was arrested in Samal island, was ordered killed for grabbing and squatting on lands in Davao. Matobato had claimed that 5 mayors, including then-mayor Duterte, “plotted” the operation to kill Barbasal.

He recalled that he and other Davao cops were investigated for the murder and were grilled about it by the Commission on Human Rights, which was then headed by Senator Leila de Lima.

Lascañas said they were assured by Duterte that the investigation will not prosper. 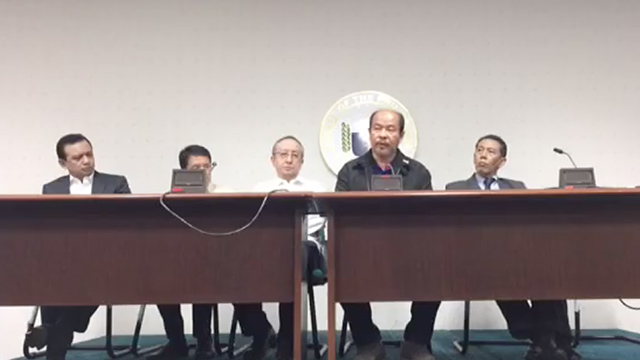 Lascañas has executed an affidavit and is ready to testify before any government agency, including the Senate, Sanidad said. (READ: TIMELINE: Witness lists killings allegedly ‘ordered’ by Duterte)

The Senate committee on justice and human rights, previously led by De Lima until she was ousted from the post and replaced by Senator Richard Gordon, already declared that it has found no evidence of the existence of the Davao Death Squad.

But Lascañas has the support of a legal team that will pursue his allegations.

“We are here to provide him legal assistance,” Diokno said. “When he appears under oath before the proper bodies, you will be in a position to assess whether he’s telling the truth or not.”

Diokno stressed that they believe Lascañas is credible. Otherwise, he added, they would not be defending him. (READ: Meet Lascañas’ battle-tested FLAG lawyers)

Holding back tears, the retired policeman recalled that he himself was involved in the murder of his brothers who were involved in illegal drugs. 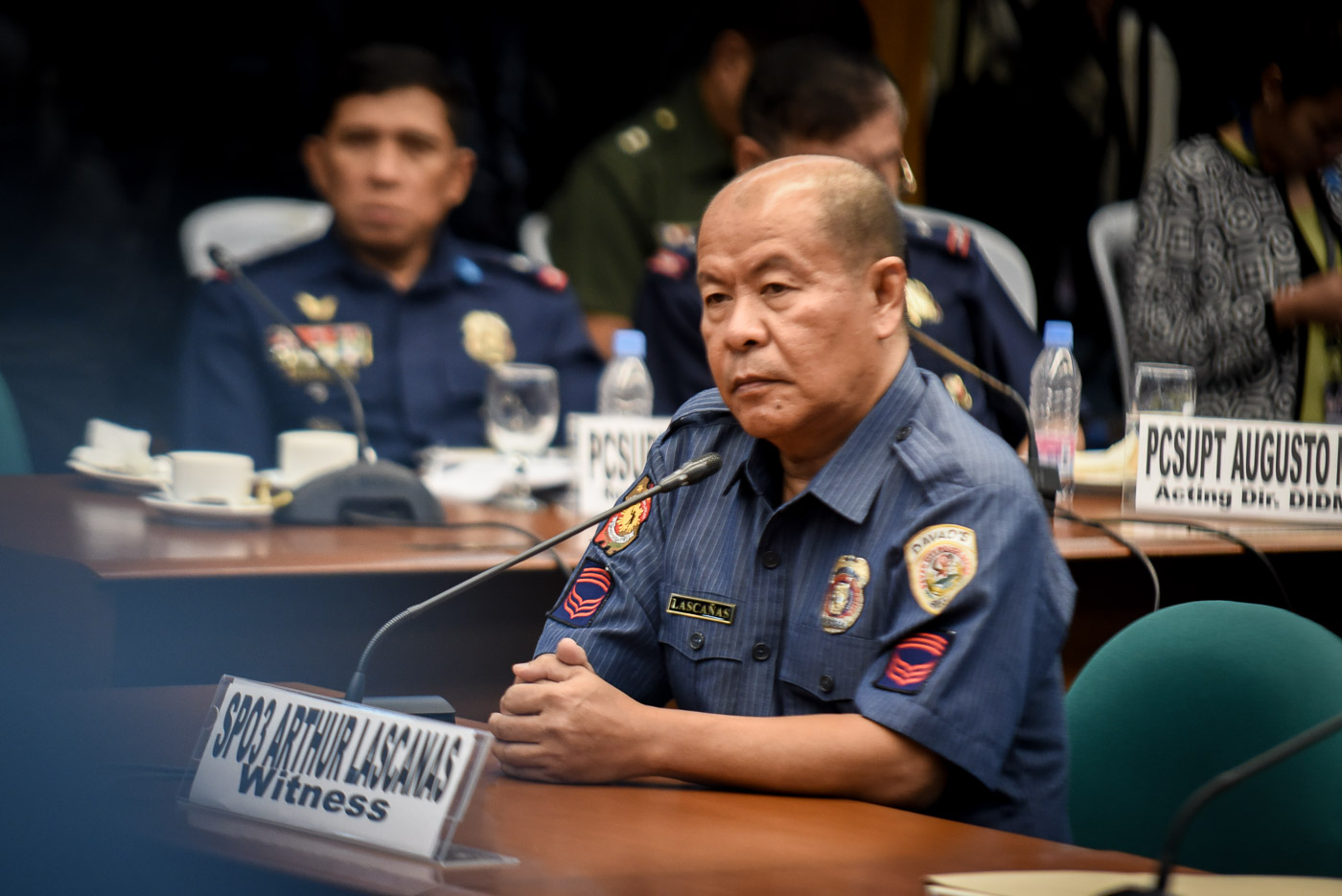 Facing the Senate, Lascañas rejected the claim of Matobato at the time that he was close to Duterte and was part of the death squad.

He then narrated how two of his brothers – Cecilio and Fernando – were killed by his fellow cops from the Davao City Police Office because of ties to illegal drugs.

If Matobato’s claims about his close ties to Duterte were true, his brothers would not have died, he said in October.

“Kasinungalingan po iyan, your honor (That’s a lie, your honor),” Lascañas said then, when asked by Senator Panfilo Lacson if he was close to the former Davao mayor. – Rappler.com