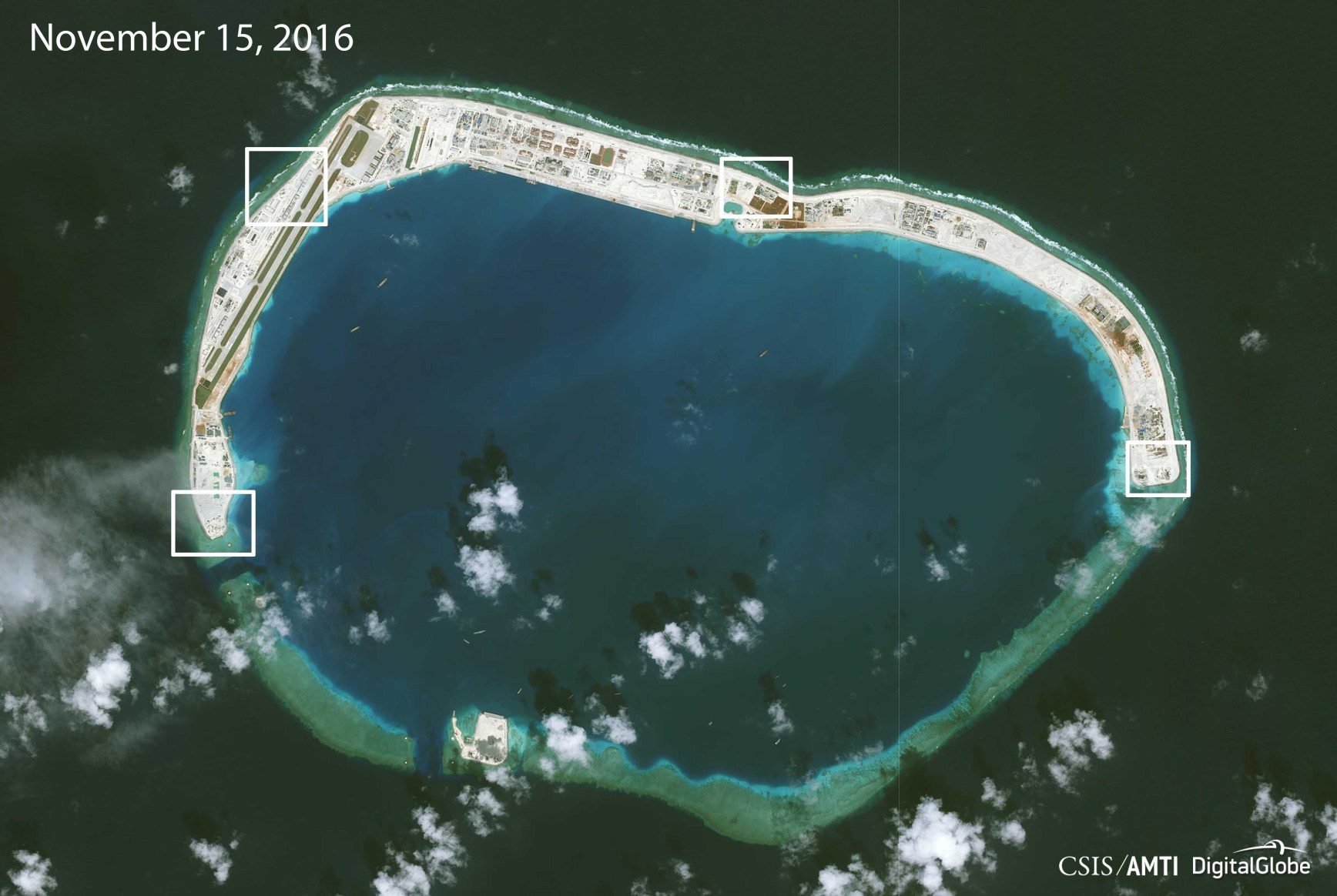 Facebook Twitter Copy URL
Copied
Subi Reef, which is close to Pag-Asa Island in Palawan's Kalayaan Island Group, may also house missiles soon, according to US officials interviewed by Reuters

MANILA, Philippines – China is reportedly almost finished building up to two dozen structures in 3 reefs claimed by the Philippines, including one that the latter has exclusive rights to develop, based on an international court ruling.

This is according to a Reuters report that cited two US officials as sources. Reuters reported that the reefs that already have runways – Mischief, Fiery Cross, and Subi reefs – have structures that appear to be as long as 20 meters, and are feared to house long-range surface-to-air missiles.

“It is not like the Chinese to build anything in the South China Sea just to build it, and these structures resemble others that house SAM batteries, so the logical conclusion is that’s what they are for,” Reuters quoted a US intelligence official.

In July 2016, an arbitral tribunal at the Permanent Court of Arbitration (PCA) in The Hague, the Netherlands, upheld the Philippines’ exclusive right to develop Mischief Reef because it is within the country’s 200-nautical mile exclusive economic zone.

The arbitral tribunal said it has no jurisdiction to rule on the Philippines’ claim on Fiery Cross and Subi reefs.

China wrested control of Mischief Reef from the Philippines in 1994, under the Ramos administration. Reclamation on the reef prompted fears that China could cut the Philippines’ access to the rest of the West Philippine Sea (South China Sea). The other reef that is feared to house missiles, Subi, is close to Pag-asa (Tithu) Island that is occupied by a Filipino community of about a hundred civilians. Construction on Subi has already caused fear among the Filipinos who could see their neighbor’s bright lights and tall construction cranes. (READ: The residents of Pag-asa: Life on a disputed island)

The PCA dismissed China’s sweeping claims over the South China Sea, but the Asian military superpower has ignored the ruling.

The US officials interviewed by Reuters said China’s “escalation” of activities in the South China Sea is meant to test how US President Donald Trump will respond and “how far” he will go to implement earlier declarations against China’s aggressiveness in the disputed seas.

The US is fighting for freedom of navigation in one of the world’s busiest trade routes.

‪The Philippine military, in recent statements, claimed that there are “no alarming” actions traced to China in the West Philippine Sea.‬