Feb 24, 2017 8:51 AM PHT
Lian Buan
Facebook Twitter Copy URL
Copied
(UPDATED) Senator De Lima appears before a Muntinlupa judge shortly past 11 am and is now on her way back to Camp Crame 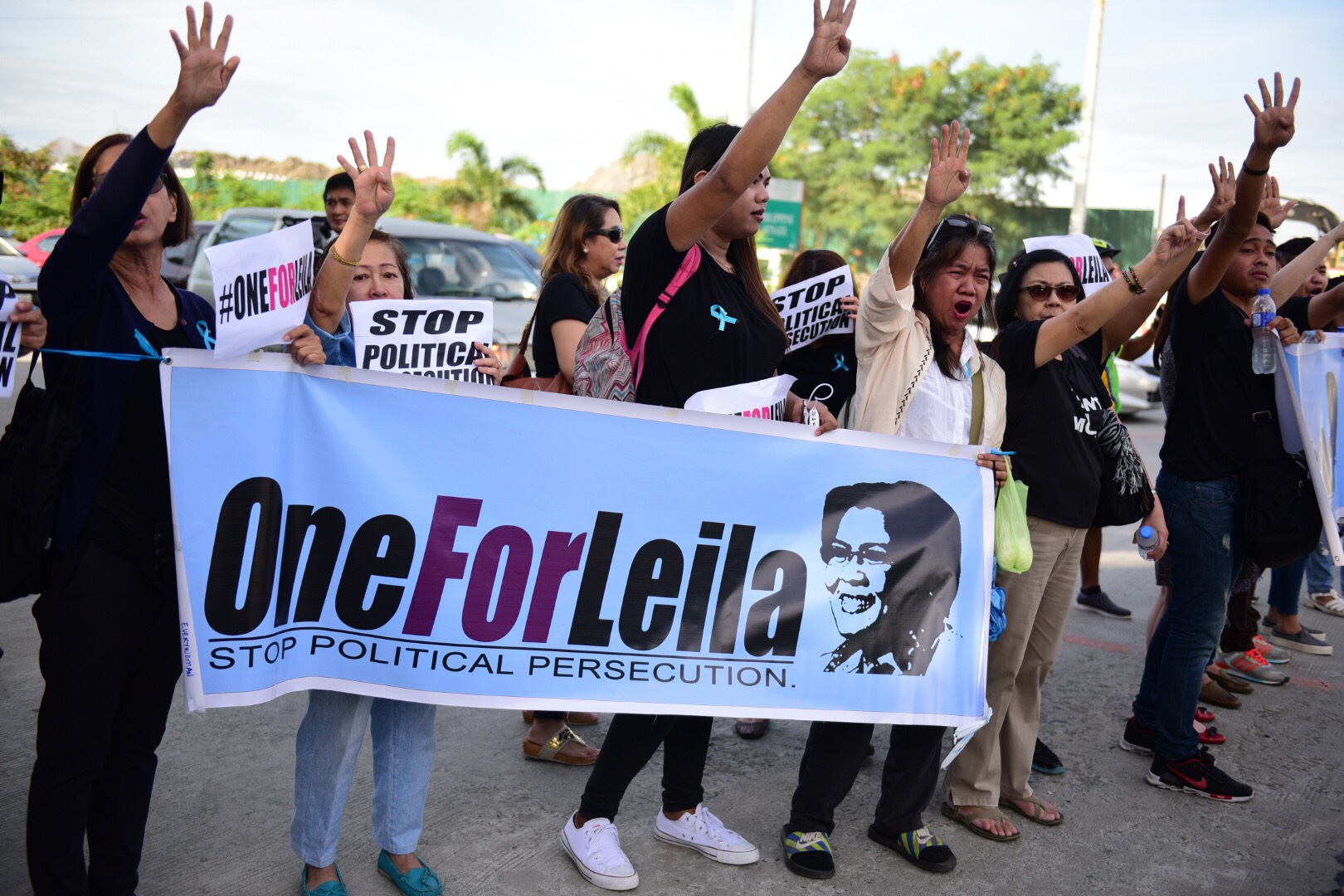 MANILA, Philippines (UPDATED) – Senator Leila de Lima arrived at Camp Crame, headquarters of the Philippine National Police (PNP), at 8:41 am on Friday, February 24, for booking procedures with the Criminal Investigation and Detection Group.

De Lima earlier surrendered to the PNP at the Senate, where she spent the night.

The detention of the senator at Camp Crame is “temporary,” said Presidential Spokesperson Ernesto Abella in an interview with CNN Philippines, pending the decision of Judge Juanita Guerrero of Muntinlupa Regional Trial Court Branch 204, who’s handling the drug charges against her. (READ: Who is the judge who ordered De Lima’s arrest?)

But before this, De Lima will be first brought to the Muntinlupa court to face Judge Guerrero.

She left Camp Crame at around 10:18 am for Muntinlupa. The senator stayed only for a few minutes at RTC 204 and, as of 11:20 am, was scheduled to return to Camp Crame.

Currently detained at the PNP Custodial Center are former senators Bong Revilla and Jinggoy Estrada, who face plunder charges on the basis of, among  others, an investigation by the justice department then headed by De Lima under the previous Aquino administration.

De Lima was the justice secretary who investigated Estrada, Revilla, and former senator Juan Ponce Enrile over the alleged misuse of their Priority Development Assistance Fund or pork barrel. (READ: The height of irony: Lacson says De Lima might be detained beside Jinggoy, Revilla)

This probe led to the detention of and filing of plunder charges against the 3 senators, but Enrile was later released on bail for “humanitarian reasons.” – Rappler.com