Gigi Reyes, 11 others dismissed from service 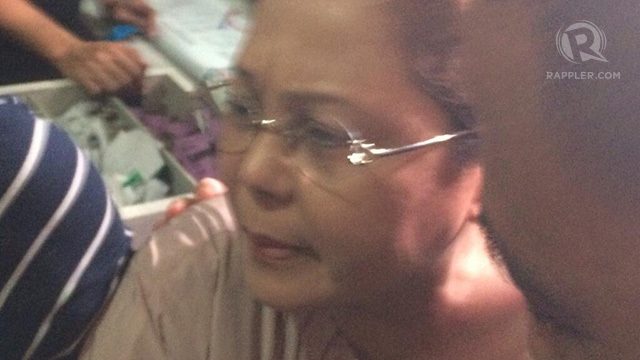 Facebook Twitter Copy URL
Copied
Reyes, the former chief of staff of ex-senator Juan Ponce Enrile, is among those facing charges over the pork barrel scam

MANILA, Philippines – The Office of the Ombudsman dismissed from service Gigi Reyes and 11 other officials who were earlier charged for the misuse of former senator Juan Ponce Enrile’s Priority Development Assistance Fund (PDAF) in connection with the multibillion-peso pork barrel scam.

Reyes, who was Enrile’s former chief of staff, and the others were found guilty of the administrative charges of grave misconduct, conduct prejudicial to the best interest of the service, and dishonesty, according to a statement from Ombudsman Conchita Carpio-Morales released on Monday, February 27. (READ: Sandiganbayan denies Gigi Reyes’ motion to drop plunder charges)

The 12 officials are also on trial for graft and plunder before the Sandiganbayan along with Enrile.

The dismissed officials are also perpetually disqualified from holding public office and their retirement benefits are forfeited.

According to the Ombudsman, from 2004 to 2009, Enrile’s P345 million worth of PDAF was continuously funneled through implementing agencies NABCOR, NLDC, and TRC, then allotted to questionable non-governmental organizations (NGOs) owned by Janet Lim Napoles.

“To facilitate the scam, Enrile, through Reyes, authorized Evangelista, to act for the senator and deal with the parties involved in the process and sign documents necessary for the immediate and timely implementation of his PDAF-funded projects,” Morales said.

The P345-million fund was allegedly used to buy an array of agricultural items, from chemicals to tools to printed materials for the endorsed projects.

“Actual field validation conducted by the Ombudsman revealed that no deliveries were made to the supposed beneficiaries. Mayors and municipal agriculturists denied receiving any of the items from the office of Senator Enrile, the implementing agencies, or any of the NGOs,” Morales said.

The Commission on Audit (COA) also previously said that the NGOs named in the projects “did not have the track record to implement the projects.”

Enrile is facing a P172-million plunder case before the Sandiganbayan. The P172 million was Enrile’s alleged kickback from the anomalous scheme. – Rappler.com