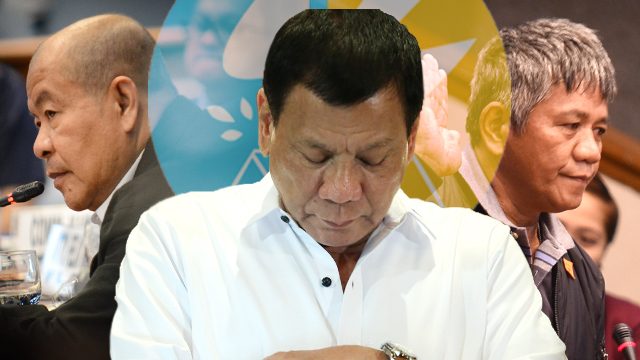 CHR spokesperson Jacqueline Ann de Guia confirmed this to Rappler on Wednesday, March 8. She added that the team will meet to outline their investigation plan.

Lascañas and his lawyers, however, have yet to decide whether to file a new case or add to the already existing complaint filed by Matobato before the Office of the Ombudsman.

This is not the first time the CHR is investigating the existence of the DDS.

The commission in 2009, led by then-chairperson and now Senator Leila de Lima, conducted public hearings in Davao City on killings between 2005 and 2009.

It identified 206 deaths attributable to the DDS within this period alone.

In 2012, the CHR released a resolution stating that it found “probable cause” and recommended that the Ombudsman investigate the “possible administrative and criminal liability” of Duterte in relation to the killings under his watch as Davao City mayor. (READ: Davao Death Squad: What ever happened to the investigations?)

A letter sent to the CHR by the Ombudsman in January 2016, however, stated that the investigations into the DDS have been “closed and terminated.”

The final disposition approved by Overall Deputy Ombudsman Melchor Arthur Carandang said that “no evidence was gathered to support the killings attributed or attributable to the DDS” and the allegations remain as “chismis” (gossip).

In an interview with Rappler in June 2016, however, CHR Chairman Jose Luis Gascon said the case is still “live.”

“We anticipate that perhaps the case with the DOJ (Department of Justice) will be put in the back for until such time that evidence is uncovered because I think one of the reasons why the case has not been closed is they are looking for a particular key witness – a whistle-blower, someone who has been involved in some of those deaths,” he explained. “I understand that this witness has become scarce.”

With two alleged whistle-blowers, will the case finally move? – Rappler.com