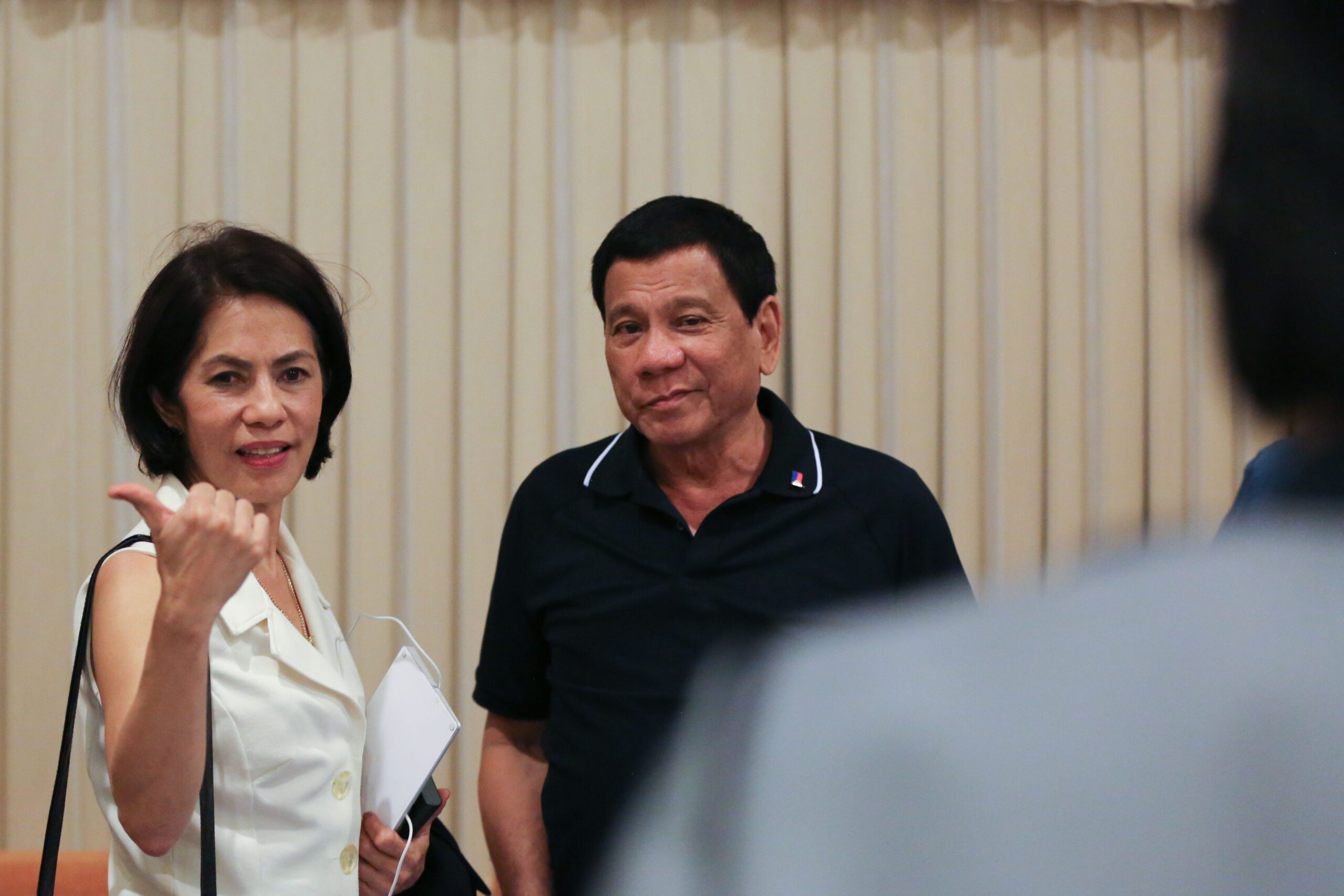 MANILA, Philippines – The President’s got her back.

If there’s any doubt where President Rodrigo Duterte stood in the face of the grilling that Environment Secretary Gina Lopez went through this week at the bicameral Commission on Appointments (CA), he made it clear in a speech at a public event in Baguio City on Saturday, March 11.

Even if mining contributes “P70 billion” to the government coffers, “we can live without it,” the President said in a speech at the launch of PTV4 Cordillera Hub.

“I would rather follow Gina… Get the 70 billion somewhere else and preserve our environment,” Duterte said. “Huwag na tayong magbolahan,” he quipped. “Maghanapbuhay na lang tayo ng iba. (Let’s not kid ourselves. Let’s just get other means of livelihood.)

The President’s remarks came two days after Lopez once again faced the CA, which has yet to confirm her appointment as Secretary of the Department of Environment and Natural Resources.

The environmental advocate who has shut down at least 23 mines has come under fire from the mining industry, which is lobbying against her appointment. The Chamber of Mines said she’s “unfit” and “unqualified” for the post.

“The problem is nakita ko ang kalbo (I saw denuded mountains) until now, malayo na iyang binutas ninyo diyan (the holes you have dug there are deep) because it’s an open pit. If that’s the case, I have to support Lopez. And I cannot help you,” Duterte said, in an apparent address to the industry.

“If you have something in mind about Gina Lopez, kindly rethink. And look at her passion [for the environment],” he said.

San Juan City Representative and vice chairman of the CA committee on environment and natural resources Ronaldo Zamora said he is not satisfied with Lopez’s replies to questions and criticisms against her on the 2nd day of appointment hearings on Thursday, March 9.

Zamora is the brother of Manuel Zamora, who owns Nickel Asia Corporation, one of the most successful mining companies in the world. (READ: Mining magnate Zamora to Lopez: ‘I’ve never killed a mountain’)

Another Duterte adviser, Finance Secretary Carlos “Sonny” Dominguez, had opposed Lopez’s decision to shut down 23 mining companies, citing its impact on the industry and the economy.

Dominguez had cautioned her against mixing advocacy with her functions as a Cabinet secretary.

(You’ve been there for how many years, I haven’t seen any green landscapes yet. I want to see that when you leave a place, you replace it with trees.)

In defending his support for Lopez and her staunch stand against irresponsible mining, Duterte said: “I begin and end my term in the altar of public interest.” – Rappler.com