MANILA, Philippines (4th UPDATE) – Negotiators of the Philippine government and the communist National Democratic Front (NDF) were all smiles after they successfully forged an agreement to return to the formal negotiating table about a month after President Rodrigo Duterte scrapped the talks.

“The Parties shall continue the formal peace talks and reiterate their reaffirmation of all bilateral agreements and statements made in the GRP-NDFP peace negotations,” read the joint statement signed Saturday afternoon, March 11, in Utrecht, the Netherlands (Saturday evening in Manila) after holding informal talks there.

The joint statement was signed by negotiators Secretary Silvestre Bello III and Hernani Braganza on the part of the government and Fidel Agcaoili and Benito Tiamzon on the part of the NDF. Chief presidential peace adviser Jesus Dureza and NDF chief political consultant Jose Maria Sison are also among the signatories.

The backchannel talks were facilitated by Norway, the third party facilitator of the negotiations, and were held Friday and Saturday (March 10 and 11).

The two camps also committed to reinstate unilateral ceasefire declarations within a month or before the 4th round of talks scheduled in the first week of April. This arrangement should hold pending the signing of a more stable joint ceasefire deal that will put in place rules for the military and the communists’ armed wing New People’s Army (NPA).

The bail of all the NDF consultants released last year will be reinstated and extended while those who were rearrested will be released again.

The government also made commitments to release 4 other NDF consultants who remain in detention and up to 19 other prisoners based on humanitarian and other grounds. These should also happen before the 4th round of talks.

The list and pictures of CPP personalities who will enjoy immunity from arrest – under the Joint Agreement on Safety and Immunity Guarantees (JASIG) – will also be deposited next week. This was supposed to happen late in February before the talks collapsed. 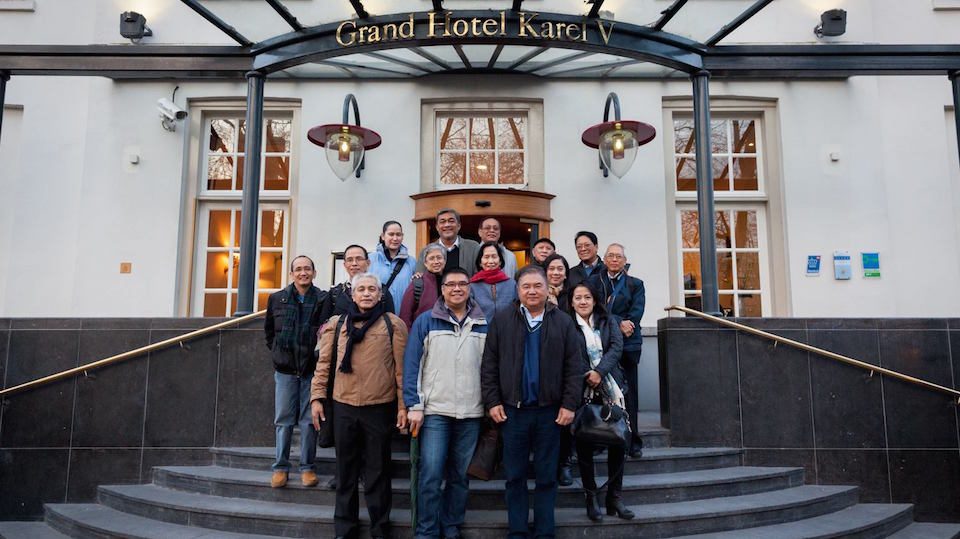 Duterte had revealed the backchannel talks earlier this week. He scrapped the peace negotiations in February after the NPA withdrew from its 5-month-old ceasefire with the military.

Lorenzana said the President was persuaded to entertain the resumption of talks after about 100 members of the House of Representatives signed a resolution to push through with it.

But the government set conditions for the talks to resume. Aside from signing a bilateral ceasefire deal, the rebels are also expected to stop the collection of revolutionary taxes and release prisoners that include soldiers.

The joint statement signed on Saturday made no mention of the two other conditions.

Malacañang said on Sunday, March 12, that the NPA must be reined in.

“We remain hopeful that the leadership of the CPP/NPA/NDF can rein in its forces on the ground in reciprocating the efforts of the Duterte administration to move the peace process forward,” said Presidential Spokesperson Ernesto Abella in a statement.

“Peace-building, after all, is not the exclusive responsibility of the government. The burden is also shared by those who claim to speak for the underserved.”

The Armed Forces of the Philippines (AFP), meanwhile, said military operations will continue pending official instructions from the President.

“The AFP has time and again expressed its unequivocal support to all peace initiatives undertaken by our government past and present. We also have a proven track record of being an able and reliable partner in all the peace talks undertaken by our country,” said AFP spokesperson Brigadier General Restituto Padilla in a statement on Sunday.

“We share the Commander-in-Chief’s aspiration to attain a just and lasting peace for our country and will do all we can to deliver on this for the benefit of all our citizens especially in conflict-affected areas.” – Rappler.com