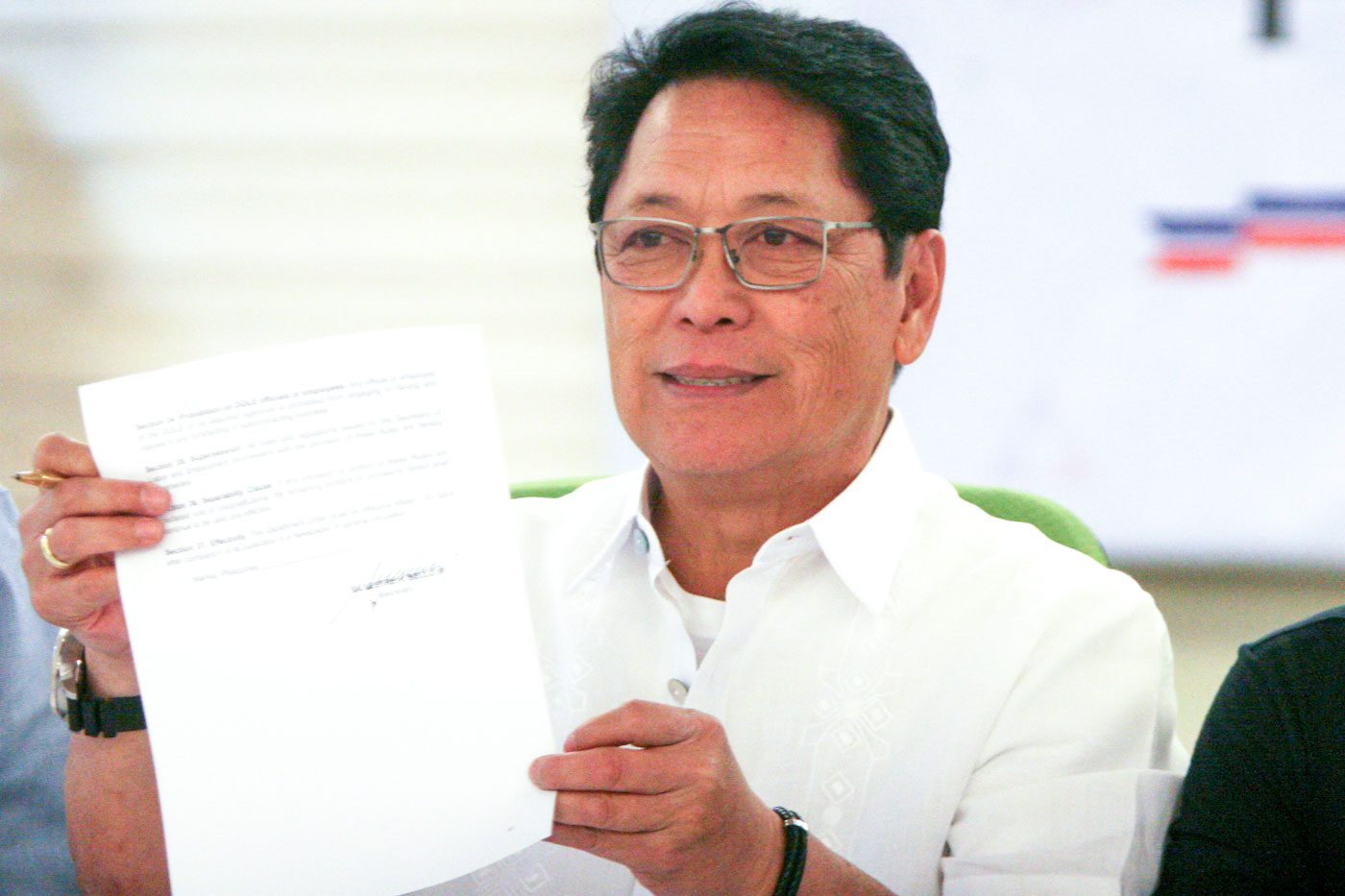 DO 174 supersedes DO 18, which contained the original guidelines on contracting and subcontracting.

To limit scrupulous labor agencies, the new order increases the substantial capital requirement of manpower agencies to P5 million from P300,000. The DOLE also shortened the validity of the certificate of registration of contractors from 3 to 2 years and the registration fee was also increased from P25,000 to P100,000.

“Endo” or the “end of contract” scheme is also restricted by the new DO, as it prohibits the continuous hiring of a manpower agency (contractor / subcontractor) of a worker under a repeated contract of short duration.

Other prohibitions set by the new directive are:

But despite the release of tougher guidelines, Bello said the key to limiting illegal contractualization is through strict monitoring and implementation of the DO.

He has directed undersecretaries Joel Maglungsod and Bernard Olalia to review the enforcement framework of the labor standards.

“We have talked to the labor groups and they are willing. What we have to talk about is we will deputize them but we will not pay them, like they will be rendering free work, voluntary,” he said.

The release of the order came after a series of talks with labor and management groups. This order was originally set for release in December 2016.

Labor coalition Nagkaisa, however, said it will urge President Rodrigo Duterte to fire Bello because the DO does not abide by the marching orders of the President. (This is a clear case of insubordination and for sure, our convenors will ask President Duterte to fire Bello as Department of Labor Secretary.)

“After all, what we need is a labor secretary who will fulfill his task to protect the rights of workers. A full-time secretary of labor who will protect the interest of the workers,” he added in Filipino.

Aside from heading the DOLE, Bello is also the chairperson of the government peace panel negotiating an agreement with the National Democratic Front (NDF).

Bello, however, maintained that the order is well within the marching orders of the President. (READ: No ‘endo’ in 2017? Challenge of ending labor contractualization)

“What he wants is to prohibit illegal manning agencies,” said the labor secretary, adding that the Labor Code of the Philippines, under Articles 106-109, allows companies to contract out labor.

“Prohibition of all forms of contractualization is beyond the powers of the secretary of labor. DOLE can only regulate contracting and subcontracting,” he also explained.

Bello pointed out that for labor contractualization to be completely banned, Congress would need to amend laws.

Bills proposing security of tenure for workers have been filed in both the Senate and the House of Representatives. During the February 27 meeting with labor groups, Bello said Duterte agreed to certify as urgent the measures against contractualization. – Rappler.com