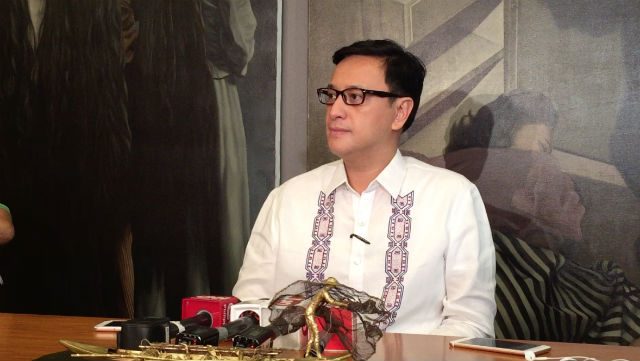 “For different reasons, both those complaints are doomed,” said the Marikina City 2nd District representative on Tuesday, March 21. As Deputy Speaker, Quimbo is the highest ranking member of the LP in the House.

He said Magdalo Representative Gary Alejano’s impeachment complaint against Duterte will not prosper given its timing and the President’s popularity.

“The complaint against the President, I see no chance of it gaining any support simply because it is ill-timed and it is not grounded on a wellspring of emotions coming from a lot of people. The President is very popular! You don’t do that to a popular president,” said Quimbo.

He added the President also enjoys strong support in the House, where at least 217 lawmakers are allied with the ruling Partido Demokratiko Pilipino-Lakas ng Bayan.

Likewise, Quimbo doubts the success of the impeachment complaint against Robredo that two Marcos loyalists drafted and want Speaker Pantaleon Alvarez to endorse.

“‘Yung kay Vice President Leni tingin ko (The one on Vice President Leni I think) is also doomed for the very simple reason that it’s a sham. The LP may be a vast minority in the House, but ‘yung dami ng matatalinong congressman, napakarami naman dito sa House, na sigurado ako ‘di magpapagamit sa usaping ito (but there are many smart congressmen here in the House that I’m sure no one will allow themselves to be used in this issue),” said Quimbo.

Lawyer Oliver Lozano and broadcaster Melchor Chavez had sent a 6-page impeachment complaint against Robredo to the office of Alvarez.

They are accusing the Vice President of culpable violation of the Constitution and betrayal of public trust after she sent a video criticizing the ongoing war against drugs to the United Nations (UN).

Robredo’s camp had explained they sent that video as early as February, and had nothing to do with the organizers’ timing of its release for a UN conference.

The Vice President’s camp, however, denied any involvement in Alejano’s impeachment complaint against Duterte. Alejano also said Robredo and the LP have nothing to do with the complaint.

But should an impeachment complaint be officially filed against Robredo, Quimbo said the LP lawmakers will be fighting for her.

“Siyempre ipagtatanggol natin. Hindi naman puwedeng hindi,” said Quimbo. (Of course we will defend her. We have to.)

But he said there is a greater challenge being posed to his colleagues in the House.

(I think there is a bigger call. The call here is for the House of Representatives not to allow itself to be used in this kind of political infighting, which I think, is not timely.) – Rappler.com