Mar 29, 2017 4:41 PM PHT
Pia Ranada
Facebook Twitter Copy URL
Copied
The President meets with the MNLF leader on the eve of his birthday to talk about peace in Mindanao 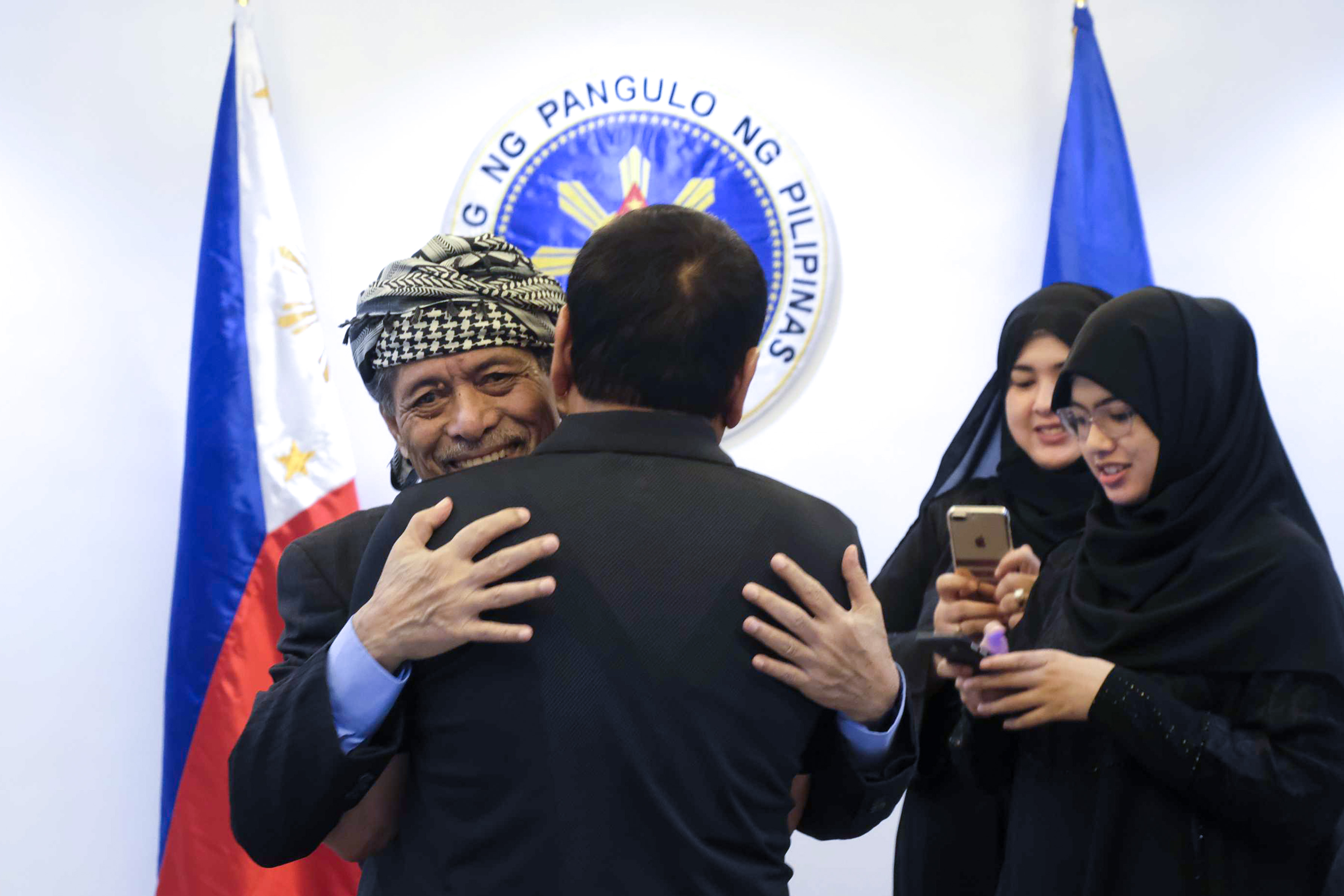 Misuari brought along his wife, Madam Tarhata, and son Abdulkarim, to his private audience with Duterte on the night of Monday, March 27.

Presidential Spokesman Ernesto Abella described it as a “closed-door meeting” and could not elaborate when the media asked about any agreements reached or decisions made.

But he said he expected their talk to have been about the Mindanao peace process. 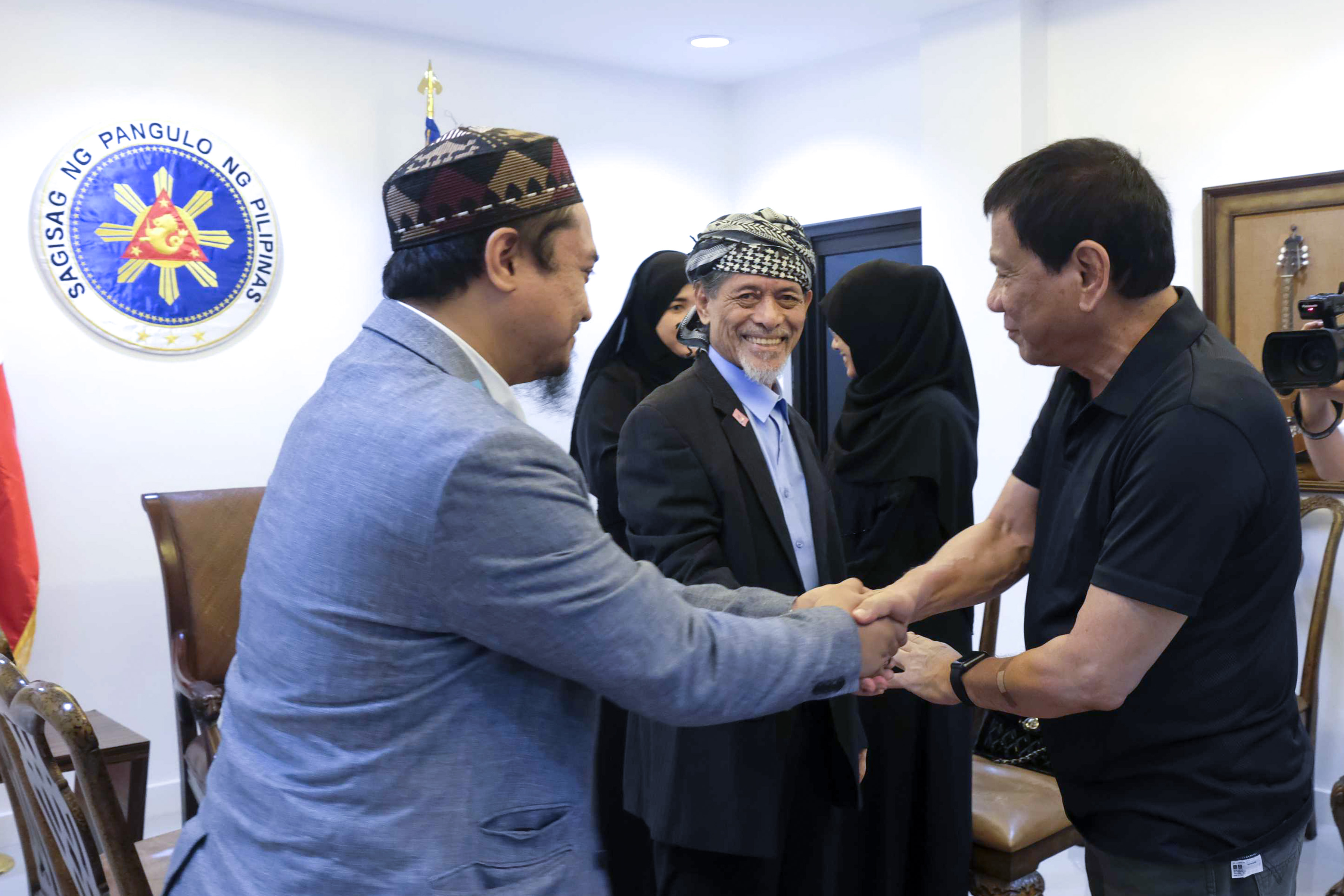 Duterte previously said he had been discussing with the Muslim leader a “preparatory document” about a proposed federal system for the benefit of Mindanao.

“I have been talking to Misuari, I already talked with him yesterday…. We are talking, we are crafting a sort of a preparatory document so that we can go into the process of proposing the federal structure,” said the President last Friday, March 24.

He and Duterte were supposed to have met last Friday, but their meeting was postponed for reasons the Palace has yet to disclose.

Misuari is facing charges of rebellion and crimes against humanity over his role in the 2013 Zamboanga siege. But he was given temporary freedom when Duterte ordered the suspension of arrest warrants against him to allow him to participate in the Mindanao peace process. – Rappler.com