Photos released by the Saudi Press Agency (SPA) showed Duterte, who was in a suit, being received by King Salman on Tuesday. 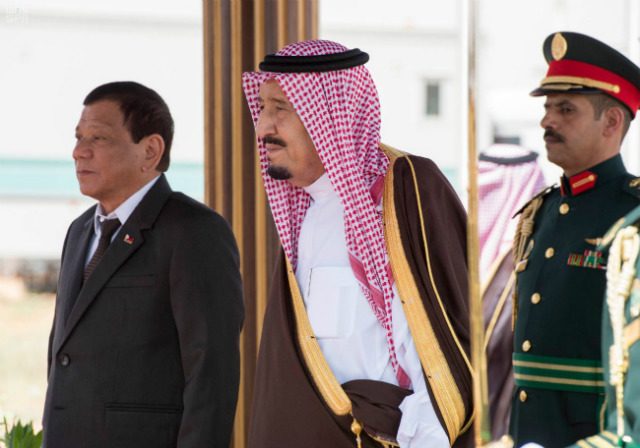 In a news release on Tuesday, the SPA said Duterte and King Salman witnessed the signing of the following: King Salman is both chief of state and head of government of Saudi Arabia, which is an absolute monarchy.

He has been Saudi Arabia’s king since January 2015.

Duterte is in Riyadh for a two-day state visit.

He is the first Philippine president to visit Saudi Arabia in around 8 years. The last Philippine leader to visit Saudi Arabia was then president Gloria Macapagal-Arroyo, who visited the Middle Eastern country in September 2009.

Aside from Arroyo and Duterte, the other Philippine leader to have visited Saudi Arabia was then president Ferdinand Marcos in March 1982. – Rappler.com