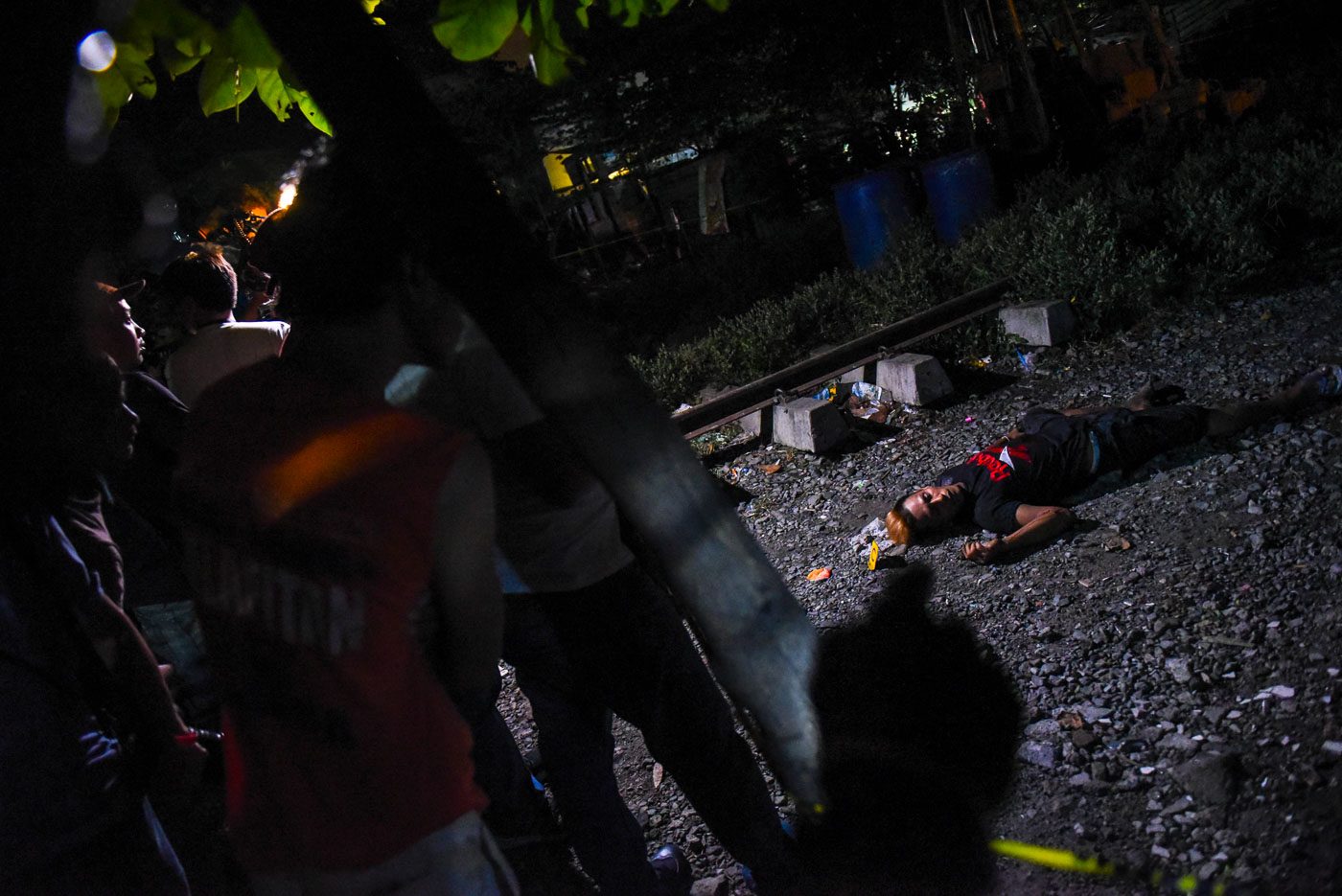 Senator Risa Hontiveros said that based on the latest Social Weather Stations (SWS) poll on public sentiment on the drug war, the campaign that used to enjoy “massive popular” support has turned into a “national nightmare.”

“More killings, less public approval. As long as the government’s anti-drug campaign continues to create a climate of fear, impunity, and killing, this war is a losing battle with less and less supporters,” Hontiveros said in a statement.

“The SWS survey is also a slap in the face for EJK deniers. The fear is real. The government’s attempt to massage its original data and/or reintroduce new and questionable data on the killings attributed to the drug war cannot hide this fact,” she added.

From her jail cell in Camp Crame, Senator Leila de Lima expressed relief over the erosion of public satisfaction in the government’s campaign.

(This means that more and more Filipinos are seeing that President Duterte’s approach to the drug problem is wrong.)

Senator Antonio Trillanes IV, one of the President’s fiercest critics, shared the same sentiment: “The survey results showed that the novelty of Duterte’s war on drugs is fast waning. Now, the people are realizing and feeling the evils brought about by this twisted, destructive, and deeply flawed policy.”

For Senator Francis Pangilinan, reports of abuses by the Philippine National Police, the main executor of the bloody campaign, have contributed to the decline in public satisfaction.

“I think the recent reports of abuses by the PNP as it implements Oplan TokHang has adversely affected public support for the campaign,” he said.

Hontiveros, Trillanes, and Pangilinan are part of the Senate minority bloc that has been critical of Duterte’s war on drugs.

Senator Juan Edgardo Angara, for his part, said the survey shows a “rising dissatisfaction” with the increasing body count. He added this should be “noted” by the PNP.

Senator Joel Villanueva also said the government should start “rethinking” its approach as “we don’t want the public to lose its faith in the government because of the increasing casualties of the drug war.”

“I don’t think we’ll get a passing grade when it comes to addressing vigilante killings. And with this data, we should start rethinking our approach to ensure that the backlash on the drug war will not affect the other programs of the government, especially poverty alleviating programs,” he added.

In the House of Representatives, Akbayan Representative Tom Villarin said the survey results “indicate that such a policy is a failure and that EJKs must be stopped.”

“It is high time that the police be given an ultimatum to arrest and charge these killers who are either vigilantes or rogue cops. These murderers have to be haled to court, not hailed by President Duterte….It is a clear message that EJKs have no place in our society,” he added.

Magdalo Representative Gary Alejano said Filipinos “are getting fed up and worried as can be shown in their sentiments where they wanted suspects be taken alive and not killed, that fear they or their friends could fall victims of EJK.”

Ifugao Representative Teddy Baguilat Jr said that while Filipinos continue to “feel strongly” against crime and drugs, their support is “not an absolute acceptance of the means and methods in carrying out the drug war.”

In a survey held from March 25 to 28, 78% of respondents said they were satisfied with the war on drugs while 12% expressed dissatisfaction. The net satisfaction rating is a “very good” +66, an 11-point dip from December 2016’s “excellent” rating of +77.

Most Filipinos (73%) also said they were worried that they or anyone they know would be a victim of extrajudicial killings. This is 5 percentage points lower than the December 2016 poll (78%).

For Senate Majority Leader Vicente Sotto III, a known Duterte ally, the decline is just minimal. Besides, he said, the lost numbers might have gone to the “undecided” group and not to those against the campaign.

“It’s a small percentage. Most probably, it went to undecided and not against. Not worth worrying about. More than 70% ang may gusto (support it),” Sotto said in a text message.

Sotto’s reaction is in consonance with Malacañang’s view that the survey still showed that a “great majority” of Filipinos remain satisfied with the drug war “notwithstanding the negative criticism we received here and abroad.”

“We note that the public (at 70%) believes the current administration is serious about solving the problem of so-called ‘extrajudicial killings’ (EJKs); and its efforts to cleanse the Philippine National Police,” Presidential Spokesman Ernesto Abella said in a statement on Wednesday.

Since the war on drugs began in July 2016, police have noted a spike in murder and homicide cases nationwide. Police have killed over 2,500 drug suspects in police operations and have tallied some 1,500 deaths with links to illegal drugs. Another 3,500 or so deaths are still being investigated. (READ: IN NUMBERS: The Philippines’ ‘war on drugs’) – with reports from Mara Cepeda / Rappler.com