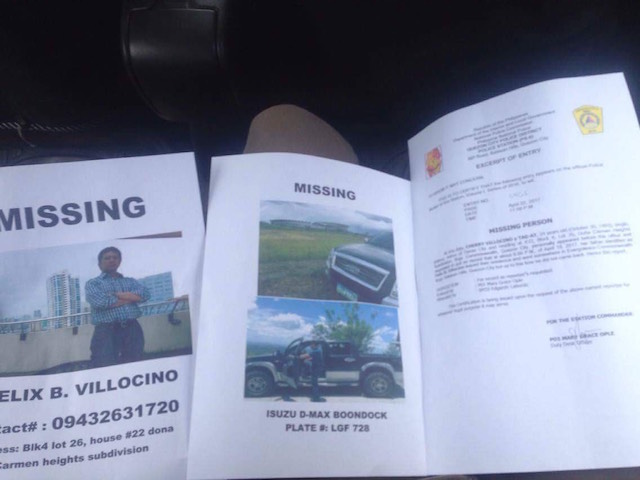 MANILA, Philippines – At least two former members of the Iglesia ni Cristo (INC) have gone missing, in two separate incidents that occurred within days of each other.

Danilo Patungan, a security guard for a condominium in Bonifacio Global City, has been out of touch since leaving for work the afternoon of April 11, according to his wife Delia.

Days later, another expelled INC member, Felix Villocino, also went missing and has not returned to his Quezon City residence for days.

Several excommunicated INC members told Rappler they fear this is a repeat of the reported abductions of expelled church ministers back in 2015, when the family feud between INC executive minister Eduardo Manalo and his estranged siblings, Angel Manalo and Lottie Manalo-Hemedez, came to light. (READ: Revolt in the Iglesia ni Cristo)

Both Patungan and Villocino have links to the INC leader’s estranged brother, Felix Nathaniel “Angel” Manalo.

Patungan had been a security guard for Angel for 16 years, before moving to his current job at the Taguig City condominium 3 years ago. Villocino, meanwhile, has long been delivering food and other supplies to the Manalos’ residence in Tandang Sora, Quezon City. 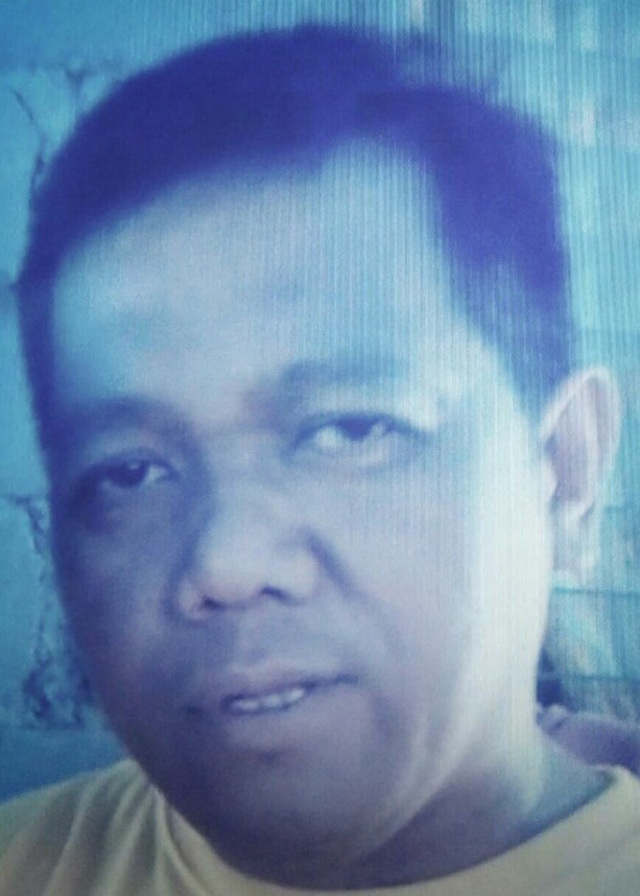 In a phone interview with Rappler on Tuesday, April 25, Delia Patungan said her husband left for work on April 11 for his night shift duties. She said Danilo had a habit of sending her a text message to inform her that he had safely arrived at work.

But the text message never came. Delia tried calling his phone, but could not reach her husband. She called up Danilo’s workplace, but was told that he had not appeared for work that day.

“Kinabahan ako noong sinabi ng OIC na hindi siya nakarating,” she said. (I got nervous when the officer-in-charge from his workplace told me that he didn’t arrive at work.)

Delia said she could not think of any reason for her husband to go missing. He had no quarrel with anyone, she said, and he was not involved in drugs or any illegal activities. While he is a former INC member, she said Danilo no longer has any connection or communication with the church or with the Manalos.

“Biglaang nangyari…Wala akong makapa, kahit ‘yung motor niya di namin makita,” she said. (It happened so suddenly. There’s nothing for me to hold on to, even his motorcycle can’t be found.)

Danilo’s family has filed reports with the police, scoured hospitals around the route he takes to work, and asked highway police if they had seen anything unusual on the night he went missing. They also got CCTV footage around the Tandang Sora area where he usually passes by, but Delia said they’ve had no luck finding him. 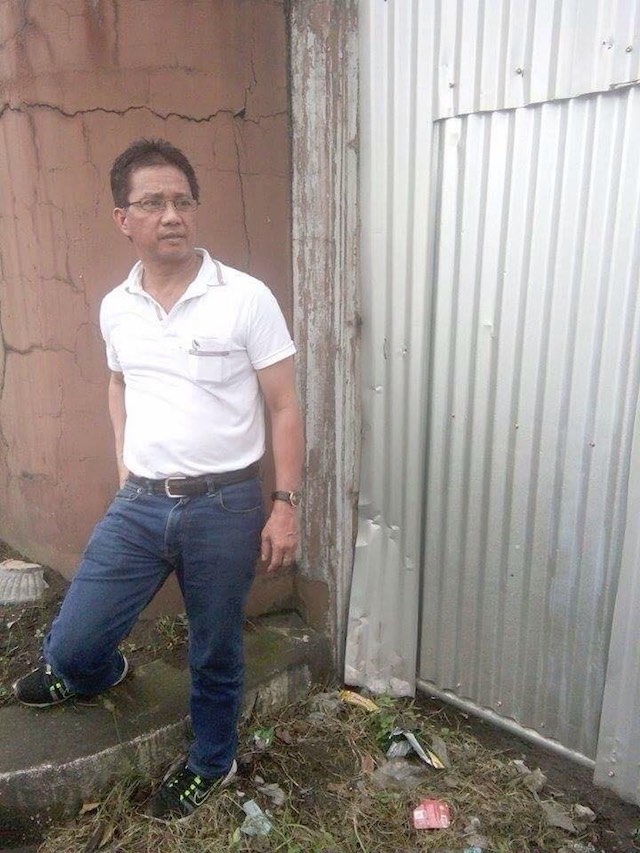 Rhoda Villocino said her husband, Felix, has been out of contact since April 19. Felix has been delivering food and supplies to Angel Manalo, who is detained in Camp Bagong Diwa in Taguig City. Manalo was arrested in March for alleged illegal possession of firearms.

Rhoda told Rappler that her husband had delivered supplies to Camp Bagong Diwa on April 17, saying he would be assisted by a certain policeman. The next day, Felix left his Quezon City residence at around 6 pm, telling his daughter that he would be going out to buy medicine for Angel at Ever Gotesco Mall in Commonwealth.

The daughter messaged Rhoda the next day, telling her that Felix did not return home that night. Rhoda said she was able to call her husband, but could not understand what he was saying.

(When I talked to him, I could hear something noisy, I couldn’t understand what he was saying, he seemed scared. I asked, who are you with? He said he was going to accompany a classmate of his to Laguna.)

While she was not able to understand most of what he said, Rhoda said her husband’s voice sounded different.

(I’m his wife, so I could really sense something was off. His voice sounded different, sounded scared, as if someone was telling him what to say.)

On Saturday, their daughter reported Felix missing to the Quezon City Police Station 6 in Batasan Hills. 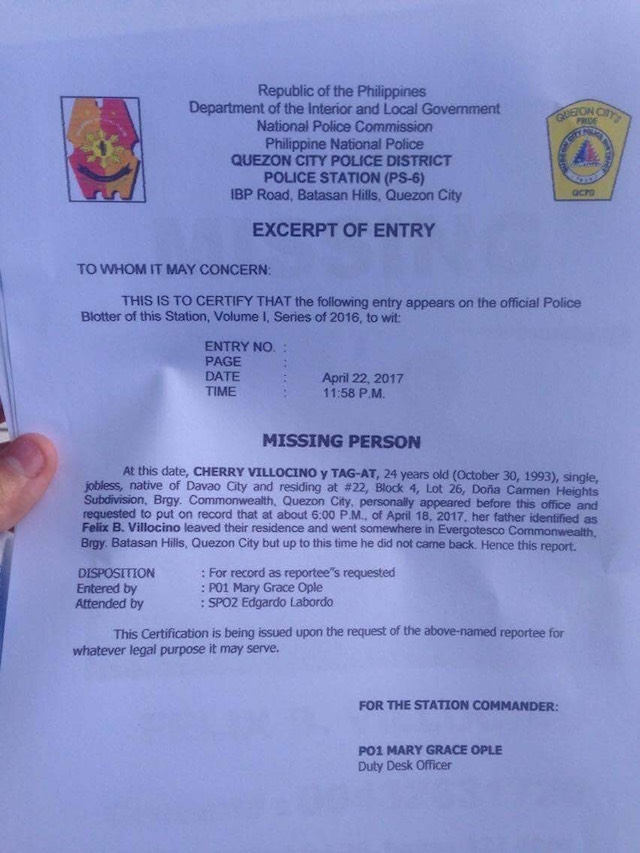 Another INC member who asked not to be named for fear of her safety also told Rappler that she was harassed as she was driving back to Manila from Nueva Ecija with her daughter on Easter Sunday.

She said her car was bumped from behind as she was driving, but the other driver did not get off to check the damage and speak with her. After several minutes, she decided to alight, leaving her daughter inside the vehicle.

While this happened, 3 men alighted from the other vehicle.

“Two of them came to speak with me. I didn’t notice at first that one of them went to my car and attempted to get in, with my daughter still inside,” the ex-INC member said.

It was a good thing, she said, that the passenger seats were fully occupied with her things, so the men weren’t able to get inside, allegedly on the pretext of driving with her to the police precinct.

It was only when she sought the help of security from a nearby mall that the men drove away.

The ex-INC member suspects she was the target of an attempted kidnapping, because she is known to have delivered food and supplies to the Manalos.

(I’m asking for guidance on what I should do. Why are they like that? Why are they singling out the defenders?)

Ex-INC minister Farley Trinidad de Castro posted a video message expressing alarm over the two incidents of missing ex-Iglesia members, saying the INC’s top leaders may have been involved in the cases.

“Are you not satisfied that you have expelled us? If you truly consider us expelled and no longer your brothers, why do you still harm us?” he asked in Filipino.

“Are you truly drunk in power that you can no longer remember that there is a God who is all powerful, all knowing and all seeing, witnessing all your evil deeds and corrupt practices, your persecution and oppression against the true members who stand by righteousness and do not agree to follow your lies and deceit?” he added.

Castro, who hails from Davao, once again called on President Rodrigo Duterte to help them.

“We may not have the same religion, but I have faith that you believe there is a God and I know you as a servant of this City, as our Mayor for a long time in Davao. You are a just and reputable servant of our nation. We do not believe that you can be bought by the Church of Christ. I plead to you to please spend even a little of your time in investigating the incidents I have described,” Castro said in Filipino.

“We trust that one day from here on, there will be justice for what they have been through, and even for us who also experienced their oppression and cruelty,” he added. – Rappler.com