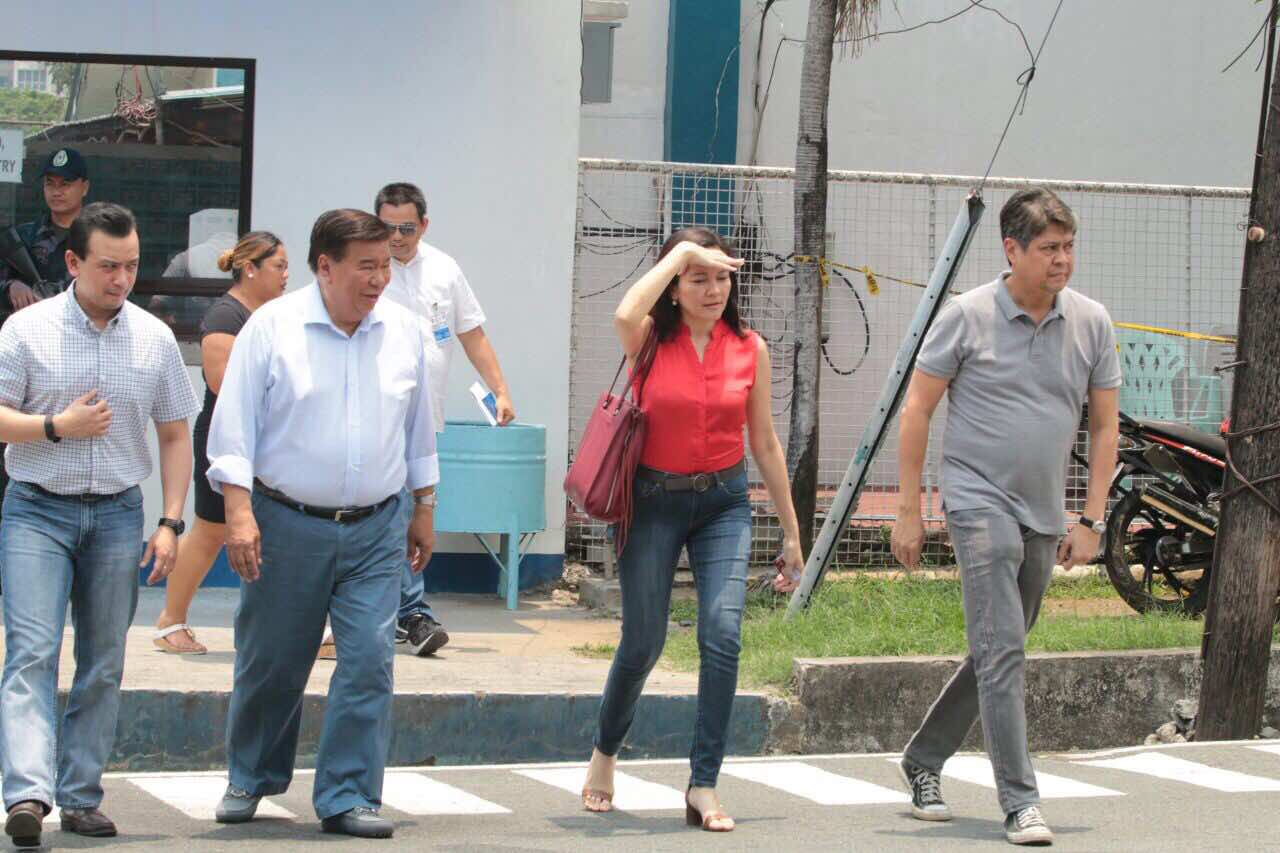 The minority bloc discussed with De Lima their legislative agenda. After more than a month–long break, Congress is set to resume its session on Tuesday, May 2.

“We sought her views on the various bills pending in the Senate so that we can carry these views to the floor during the debate,” Drilon said in an interview after the visit.

Hontiveros said the meeting was a “happy” one. The minority senators reiterated their common desire to request the court to allow the detained senator to participate in “critical” sessions. Either De Lima or the group would file the petition.

(It was happy. We discussed the minority’s legislative agenda this month, her views on the different bills, and that we or she would request the court to participate in important votes.) 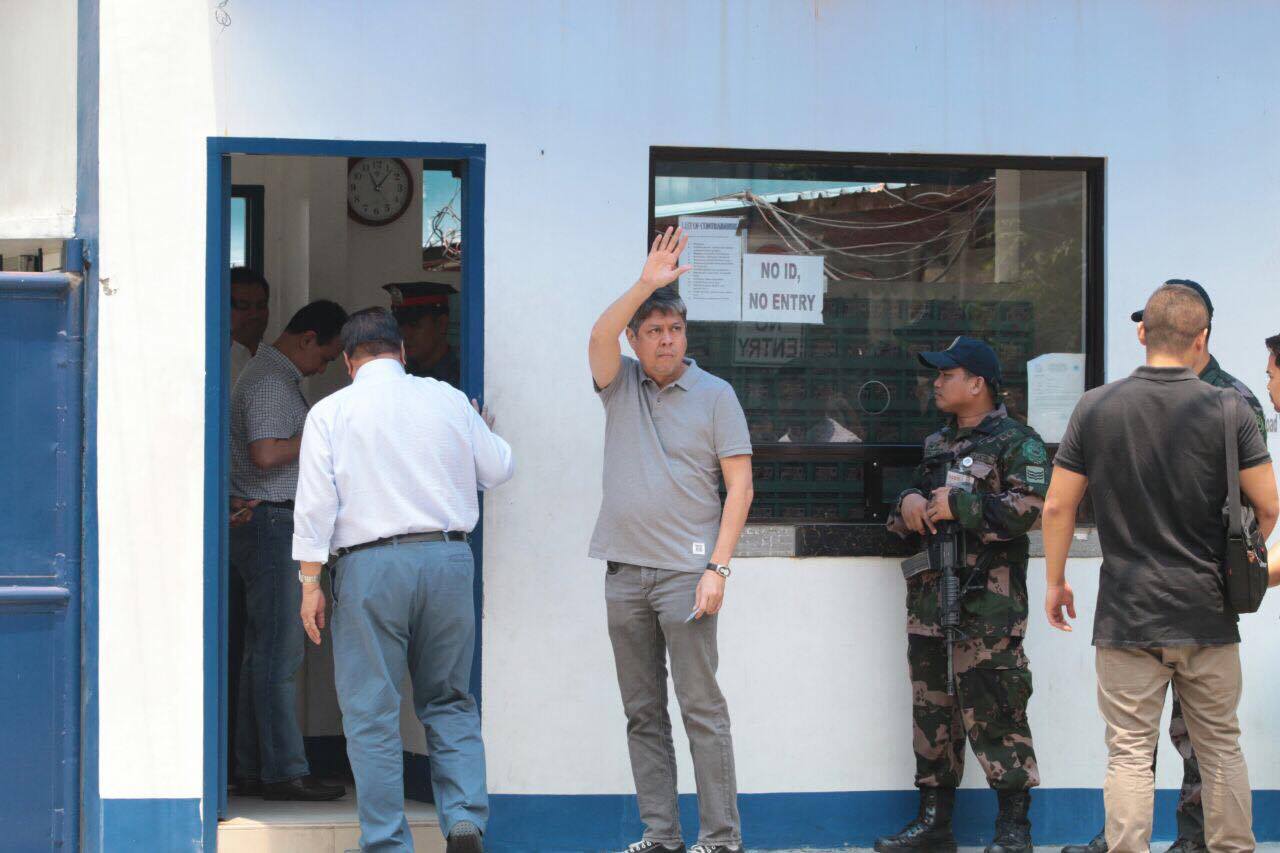 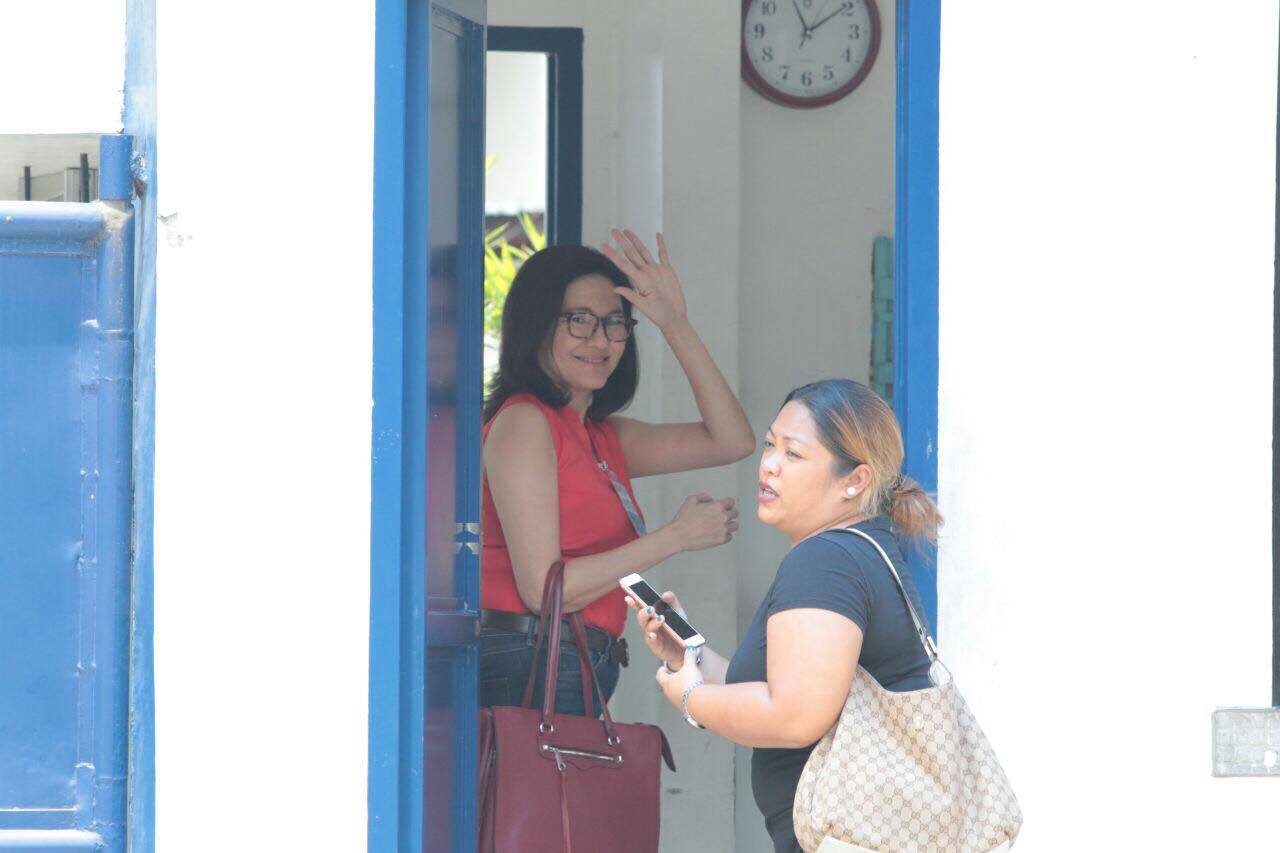 The minority senators also asked De Lima about her condition inside detention. Citing her colleague, Hontiveros said De Lima’s request for an airconditioner this summer has not been granted yet.

“We were the ones who asked about her condition. For example, the aircon she requested 2 months ago for summer and to prevent a recurrence of her pneumonia has not been granted. And she is deprived of writing and communication equipment,” Hontiveros said.

De Lima, in a statement, welcomed the group’s effort.

“I’m happy to see my colleagues in the Senate minority who paid me a visit this morning as a group. Each of them had previously visited me. We talked about various matters, from serious stuff, to mundane and funny ones,” De Lima said.

“I can see that this will be a truly functioning and dynamic minority,” she added. “One last thing. Absolutely no destab plan tackled as there is no such thing. Sorry to disappoint the paranoids among the Duterte sycophants.”

De Lima, in a separate statement, said her legal team is studying all options so she could attend Senate sessions.

She said she wants to participate in the debates on controversial measures such as the death penalty, lowering of minimum age of criminal liability, and the postponement of barangay elections.

Citing local and foreign cases, the senator said she could be permitted to attend to her legislative duties, pending the resolution of non-bailable drug charges against her.

De Lima said former senator Justiniano Montano, in the 1950s, was also charged with the non-bailable offense of multiple murders but was allowed to post bail to perform his senatorial duties.

She also pointed out that the Senate in 2008, under the leadership of former Senate president Aquilino Pimentel Jr, allowed then detained Trillanes to participate in Senate proceedings through teleconferencing.

De Lima said she could also invoke her rights as a “political prisoner” under Philippine laws and international treaties. – Rappler.com