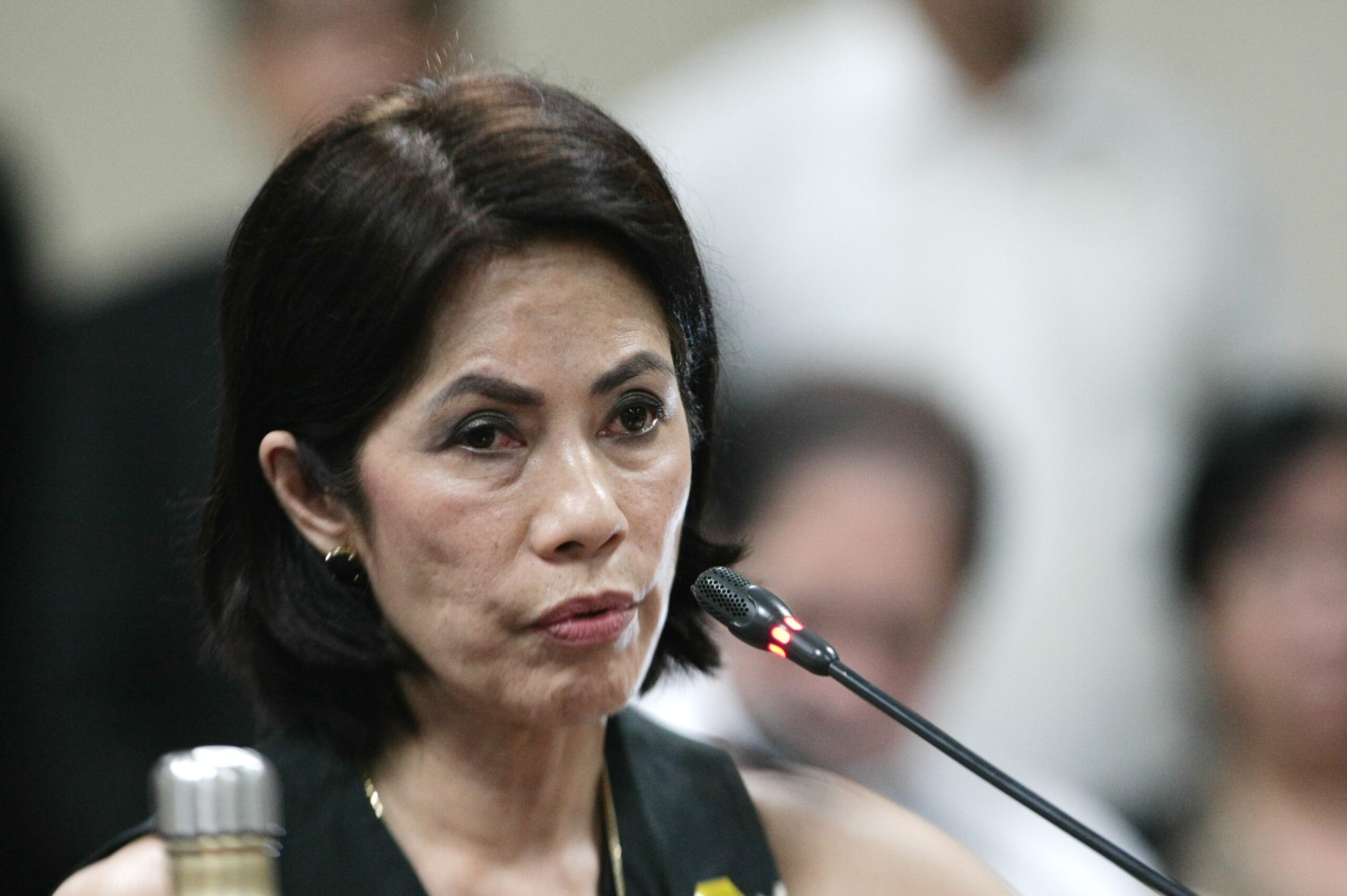 Facebook Twitter Copy URL
Copied
'My experience with them is that these were persons of principle,' says the former environment chief of some lawmakers who voted against her confirmation

MANILA, Philippines – Former environment secretary Gina Lopez said on Thursday, May 4, that she was “surprised and disappointed” with the decision of  some members of the Commission on Appointments (CA) to vote against her appointment.

In an interview on ANC’s Headstart a day after the CA rejected her appointment, Lopez said she thought she would get the support of some other CA members as she believed they were principled individuals.

Lopez said she was particularly dismayed with Senator Juan Miguel Zubiri, a known environment advocate, who voted against her.

“He is supposed to be an environmentalist….I was really quite disappointed in him,” she said on Thursday

She also expressed her disappointment in some House members in the CA.

“I really like Juliet Cortuna. I mean, she loves me and from my dealings with her, I’ve always felt she was an honest upright person….And I love Sandy Ocampo so I don’t know if there was – my experience with them is that these were persons of principle,” she said.

“I was actually a bit surprised. You don’t know because it was [a] closed [voting]. I am a bit disappointed….You never know because sometimes it’s like what you see is not what you get,” Lopez added.

Ocampo’s name was listed among those who supposedly voted against Lopez in an unofficial tally of a news network but Ocampo told Rappler that she voted in favor of Lopez. This has led to questions on who actually voted for Lopez. (READ: Is someone lying? CA votes on Gina Lopez don’t add up)

Eight CA members voted in favor of her appointment and 16 against it, rejecting her appointment as environment chief. An official list of those who voted for and against Lopez was not released, as it was done through secret vote in an executive session.

The chairman of the CA environment committee, Senator Manny Pacquiao, said in an interview with Rappler that he also voted for Lopez.

Environment groups and other Lopez supporters have demanded a full disclosure of the voting results, saying those who rejected Lopez had “betrayed” the people. (READ: Miners rejoice, environment groups fume over rejection of Gina Lopez)

During the interview, Lopez was also asked if her tense relationship with other Cabinet members could have affected her appointment. Finance Secretary Carlos Dominguez III had criticized her order to close 23 mining operations and suspend 5 others for failing a mining audit.

“Well, the chairman of the [CA] in [the House] is a miner, so go figure. And [money] funds political campaigns. I’m not accusing anyone there. But I do see when you look at all of it,” she said.

She was referring to San Juan Representative Ronaldo Zamora, vice chair of the CA. He is the brother of Manuel Zamora, founder and chairman of Nickel Asia Corporation. (READ: Lopez to CA member: Tell your brother he killed a mountain)

Lopez also said that for her, it was clear that “business interests, not the common good” were more important for the lawmakers. “They have sold out,” she said.

Asked about her successor at the environment department, Lopez said she could not think of anyone else but President Rodrigo Duterte who has the “integrity and the guts” to implement reforms in the mining sector.

“He should be DENR secretary and I could work if he wants [an] alalay (aide),” quipped Lopez.

On whether she would be willing to take another government position if offered, Lopez said she has yet to talk to the President. She said she was not keen on running for senator to pursue her desired reforms.

“Lawyering and laws is not my cup of tea. I’ll get totally bored,” said Lopez. – Patty Pasion/Rappler.com