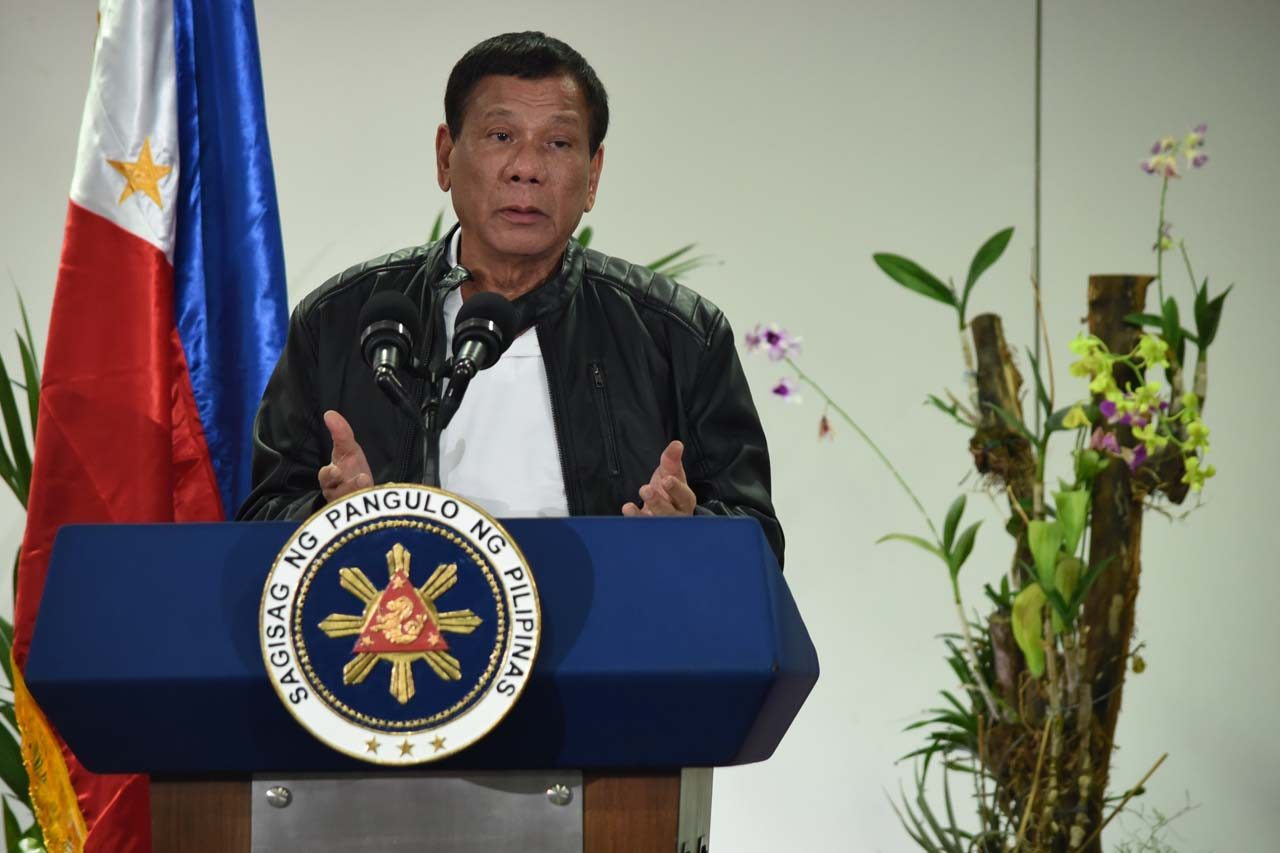 MANILA, Philippines – Following his bilateral meetings with top Chinese leaders, President Rodrigo Duterte said China was “sincere” about delivering on its commitments to the Philippines.

Duterte arrived in Davao City at around 3 am on Tuesday, May 16, after attending the Belt and Road Forum for International Cooperation in Beijing.

Duterte said that in his meetings with Chinese President Xi Jinping and Premier Li Keqiang, the Chinese leaders reaffirmed their commitments to accelerate infrastructure projects previously agreed upon between the two countries.

“I’m happy they’re sincere; they’re there to comply with the commitments to us,” Duterte told reporters.

Commenting on the Belt and Road Initiative – in which China vows to pour financial assistance to help fund other countries’ infrastructure projects – Duterte said it is clear that China has the money and wants to share it with the region.

“The rationale is China wants a peaceful region; it translates to more prosperity for China,” he said.

On Monday, May 15, Duterte and Xi witnessed the signing of 4 deals, including an agreement for a 500-million yuan or P3.6-billion grant from China for the construction of two bridges to span the Pasig River in Metro Manila. Three memoranda of understanding on human resource development, energy, and communications were also signed.

Duterte also said he has invited other stakeholders to take part in the Philippines’ infrastructure plan, which he introduced during the leaders’ roundtable summit on Monday.

He also told world leaders how the Philippines’ plan dovetails with China’s Belt and Road Initiative.

“With One Belt and One Road, we have opportunities to synergize our efforts, bring progress and prosperity, and peace and stability that our people and region deserve,” he said in his statement upon returning to Davao.

The Philippine leader gave the assurance to the public two days after communist leader Jose Maria Sison expressed concern that Duterte’s plan to obtain huge loans from China to fund his ambitious infrastructure program could turn the Philippines into a “debt slave” of the Asian economic power. (READ: Joma wary Chinese loans might trap PH to give up West PH Sea)

An analyst from Forbes magazine had also raised questions about the Philippines’ loans from China under the Duterte administration, saying these will “put the Philippines into virtual debt bondage if allowed to proceed.”

During the early morning news conference in Davao City, the President was also asked about the upcoming bilateral talks later this week between the Philippines and China on the dispute in the West Philippine Sea (South China Sea), the first such talks to be held under the Duterte administration.

Asked what he expects from the talks, Duterte said that a code of conduct in the South China Sea has to be worked on, but he declined to speculate on the nature and dimension of the agreement.

He also reiterated that both countries cannot afford violence and war over the disputed territories. – Rappler.com