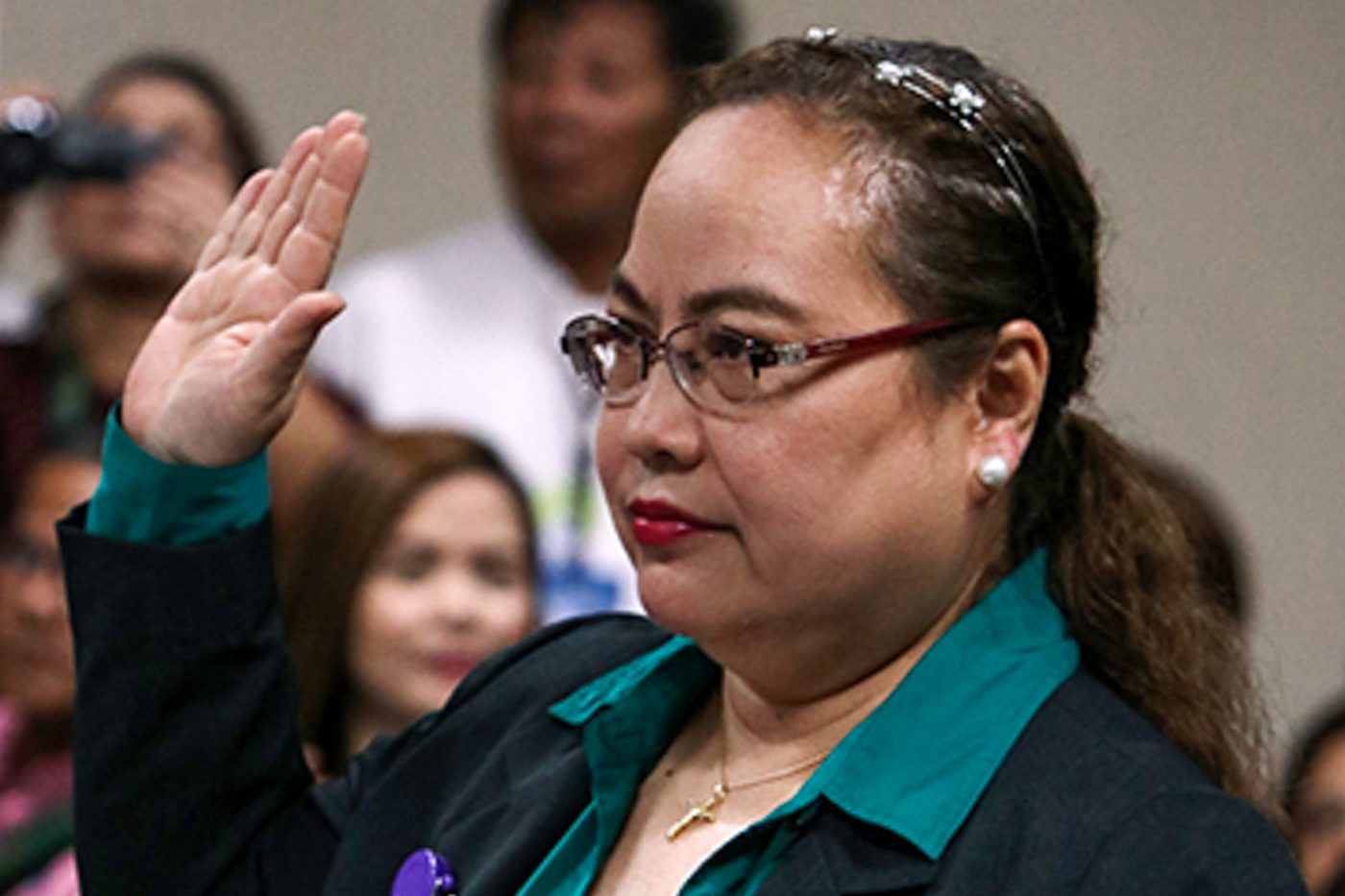 MANILA, Pilippines – The Commission on Appointments (CA) on Wednesday, May 17, deferred the confirmation of Health Secretary Paulyn Jean Ubial, following 3 oppositions filed against her.

Senator Gregorio Honasan II, CA health committee chair, said the panel needs to discuss the details of the complaints against Ubial because they are technical in nature.

Ubial was emotional as she delivered her opening speech. She cited her 28 years in government service, “dedicating her professional life” to the public.

“I’m sorry, I’m really emotional. I think because serving in government for 28 years and actually dedicating my professional career for the service of Filipino people is very emotional for me,” Ubial said in an interview after the hearing.

Due to time constraints, only Roque’s opposition was heard. The lawmaker said he is against Ubial’s confirmation for alleged “incompetence, persistent lying to Congress, wastage of government resources, and corruption.”

Roque said Ubial “flip-flopped” several times on her statements. He said Ubial told Congress in September 2016 that the Philippines was Zika-free but the Department of Health (DOH) later confirmed the 6th case of Zika virus in the country.

Roque also cited how Ubial previously said there was a need to guard airports to prevent the entry of the virus, only for the DOH to later confirm that the Zika virus is “endemic” to the country.

The lawmaker also alleged that Ubial wanted to delay the implementation and procurement of the dengue vaccine in favor of pneumonia vaccine because she would earn from it.

Aside from this, Roque alleged that Ubial, as chairman of the board of the Philippine Health Insurance Corporation (PhilHealth) controls internal affairs for her own benefit. He also complained about Ubial’s “excessive foreign travels” in her first few months in office.

Ubial denied all these accusations. She explained that her changing statements happened because the spread of Zika virus was still developing at the time she was asked.

“It’s not true. I will prove it,” Ubial told reporters.

She also denied corruption allegations, saying in her decades in government, she has always been the corruption-buster.

“Sa aking stint in the Department of Health, ako po yung corruption-buster. Ako ‘yung lumalaban sa corrupt practices (In my stint in the Department of Health, I have been the corruption-buster. I have been fighting corrupt practices). I set up the system for the integrity development committee. In PhilHealth, I set up the whistleblowing policy. Many of the fraud in PhilHealth [happened] because of internal collusion among the staff,” she said.

She said she was “not offended” by the allegations as she was given a chance to debunk them in public.

“I’m not offended. I just am happy it came out – kasi may mga tsismis-tsismis (there are rumors) – so I can defend myself,” Ubial added.

The health chief f said she remained “positive” she would be confirmed by the CA.

Ubial is among the 3 remaining Cabinet members that the powerful CA has not yet confirmed. The others are Social Welfare Secretary Judy Taguiwalo and Agrarian Reform chief Rafael Mariano, both nominees of the Left in the Duterte Cabinet.  Rappler.com