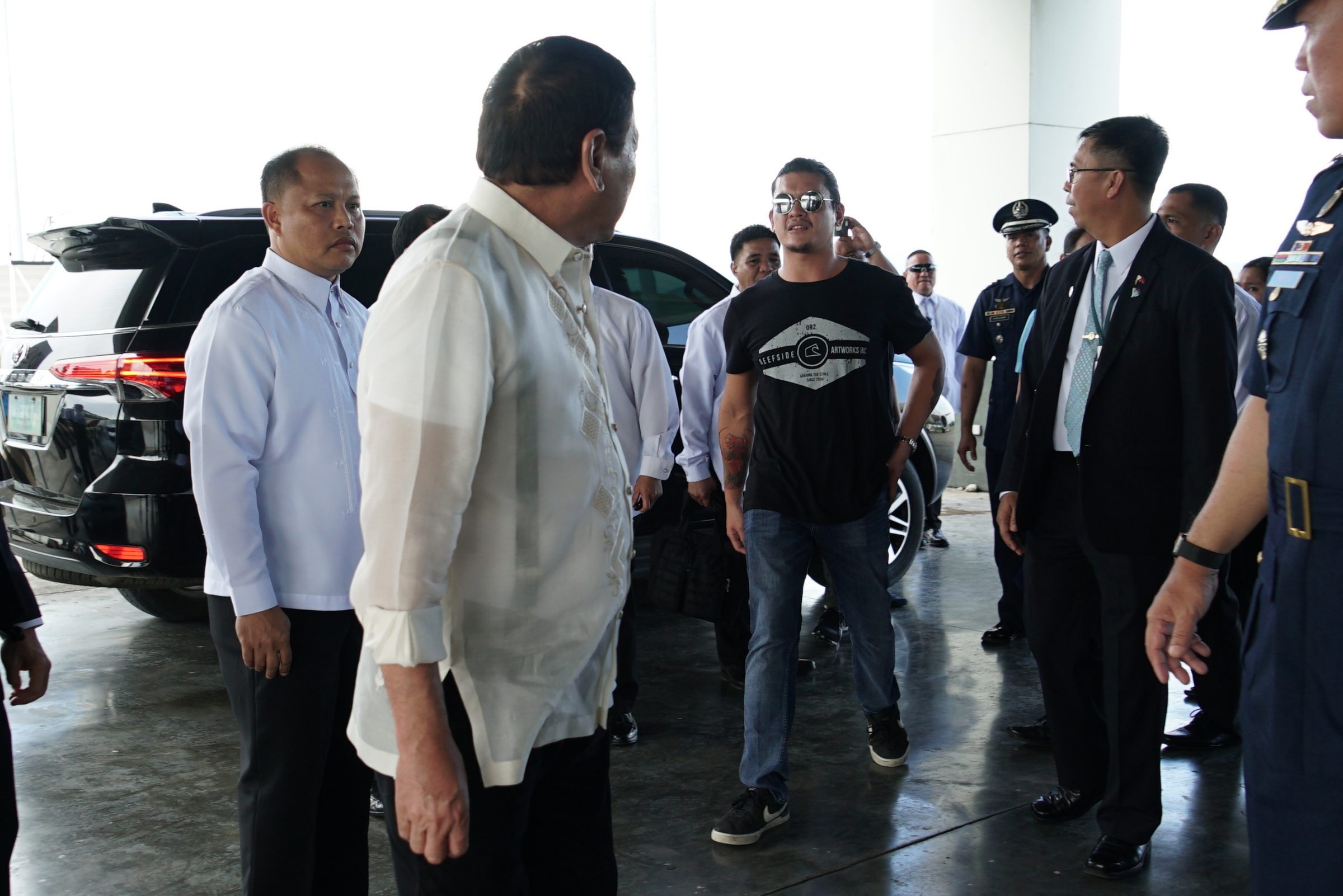 Facebook Twitter Copy URL
Copied
This is Baste's first time to join a presidential overseas trip. The President is also accompanied by his partner, Honeylet Avanceña, and their daughter, Kitty.

A Palace official confirmed that the younger Duterte, known as Baste, is part of the delegation. There are also photos of him inside the presidential plane posted by fellow passengers on their social media accounts.

Baste is not the only Duterte family member joining the trip. Also in Moscow is the President’s partner Honeylet Avanceña and their 13-year-old daughter Veronica or Kitty. This is the second time Honeylet and Kitty are joining the President on an overseas trip. They previously accompanied him during his back-to-back Cambodia, Hong Kong, and Beijing visits, earlier this month.

Despite being in a family of government officials, Baste has, for the most part, stayed away from politics. But he helped out during his father’s 2016 presidential campaign, speaking to youth groups and attending sorties.

Baste owns a junk shop business and is fond of surfing.

His father has chastised him publicly, calling him out for supposedly never visiting his children. Baste has two young children with different women. – Rappler.com