May 24, 2017 11:30 AM PHT
Camille Elemia
Facebook Twitter Copy URL
Copied
Senator Panfilo Lacson says the Senate has only 22 members while the House of Representatives – dominated by administration allies – has 292 members 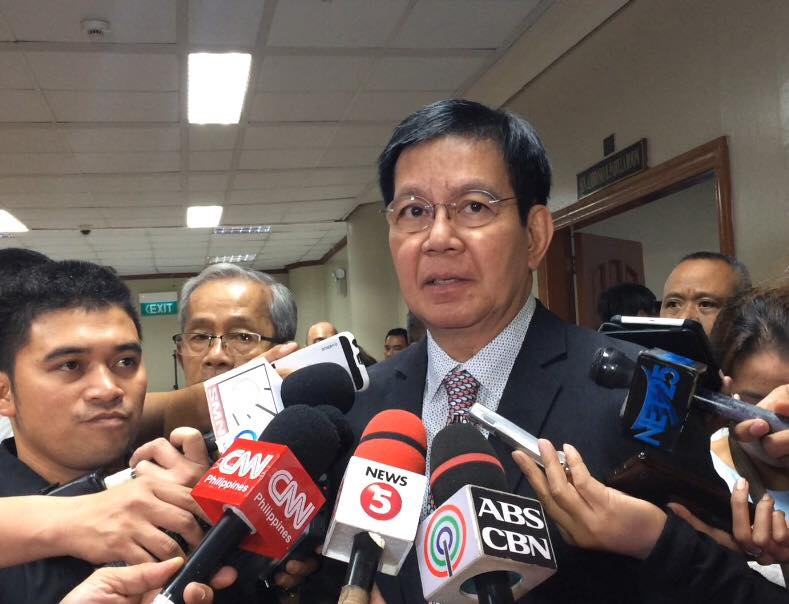 MANILA, Philippines – Now that President Rodrigo Duterte has declared martial law in Mindanao, all eyes are on both chambers of Congress, which is mandated by the 1987 Constitution to “jointly” vote to affirm or revoke it. (READ: Martial Law 101: Things you should know)

Senator Panfilo Lacson said this means that the vote of senators is “deemed irrelevant” against the decision of 292 lawmakers in the House of Representatives, dominated by Duterte allies.

“It goes without saying though that by sheer numbers alone, we are deemed irrelevant in this regard. Twenty-four senators can’t outvote 292 congressmen,” Lacson said in a text message on Wednesday, May 24.

The Senate is now composed of 22 senators, following the detention of Senator Leila de Lima and the appointment of Alan Peter Cayetano as foreign secretary.

Article 7, Section 18 of the 1987 Constitution states that “[t]he Congress, voting jointly, by a vote of at least a majority of all its Members in regular or special session, may revoke such proclamation or suspension, which revocation shall not be set aside by the President.”

“Upon the initiative of the President, the Congress may, in the same manner, extend such proclamation or suspension for a period to be determined by the Congress, if the invasion or rebellion shall persist and public safety requires it,” it further states.

Lacson also suggested a Senate caucus to discuss, if possible, their common stand on the matter.

He also said, however, that Congress need not approve the declaration of martial law, as the Constitution states it only allows the revocation of the announcement.

“Hindi kailangan ng approval ng Congress pero puwedeng ma-revoke (It does not required Congress approval but it can be revoked) by a majority vote of all members voting jointly. I am actually suggesting that the Senate hold an all-senators caucus to discuss our common stand on the issue, if at all we can arrive at a common stand,” Lacson said.

“Our concurrence is needed as soon as the President gives us a report as required by the Constitution,” Sotto said in a text message to Rappler.

Duterte declared martial law in Mindanao on Tuesday following the clashes in Marawi, saying the declaration might last from over a month to a year. He also said it would be similar to military rule under the late dictator Ferdinand Marcos, which was marred by corruption and human rights violations.

The Constitution says the imposition of martial law should not initially exceed 60 days, and that any extension has to be approved by Congress.

The 1987 Philippine Constitution says that the President, as commander-in-chief, may “in case of invasion or rebellion, when the public safety requires it” suspend the privilege of the writ of habeas corpus or place the country under martial law. The writ safeguards individual freedom against arbitrary state action.

Crafted after the EDSA People Power revolution that ousted Marcos in 1986, the 1987 Constitution highlights the role of other branches of government in the martial law declaration. The provisions are meant precisely to prevent grave abuse and stop another Marcos from tinkering with civil rights.

Duterte is the 3rd Philippine president to declare martial law since 1972, after Marcos and Gloria Macapagal-Arroyo, who declared martial law in Maguindanao in 2009 after the Maguindanao massacre. Rappler.com