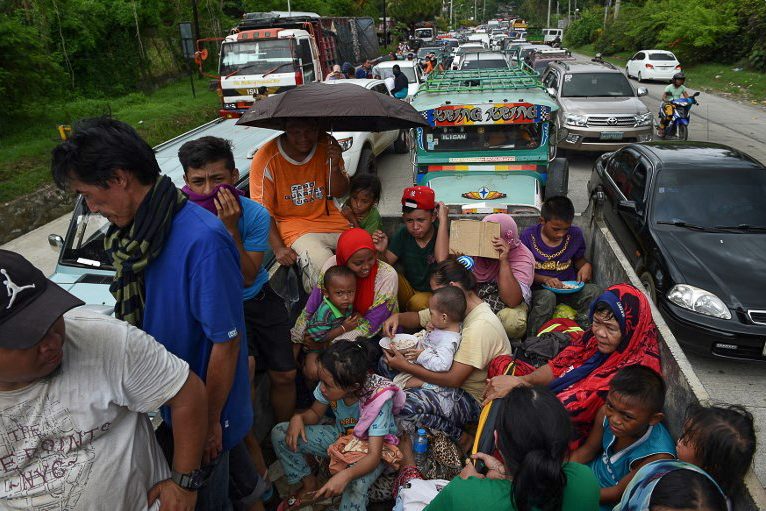 Facebook Twitter Copy URL
Copied
People are packed in private and public vehicles with whatever possessions they can bring with them, some toting livestock and pets

ILIGAN CITY, Philippines –  Thousands of people fled Marawi City in Lanao del Sur on Wednesday, May 24, and headed to nearby Iligan or Cagayan de Oro City to escape the clashes between government troops and the Maute terrorist group.

People were packed in private and public vehicles with whatever possessions they could bring with them, some toting livestock and pets.

Just the night before, President Rodrigo Duterte declared martial law in the whole of Mindanao following clashes between government troops and the Maute terrorist group in Marawi City.

The evacuees said they feared for their lives as the firefight lasted throughout Tuesday night and stretched into the first few hours of Wednesday.

A distraught woman said they saw the Maute members just outside the window of their home.

“We can hear gunfire, we can see the fire last night as they burned down the city jail,” she said. Of the 6-lane national highway, 4 lanes are occupied by traffic entering Iligan City from its west side. This is where traffic from Lanao del Sur and Marawi City meets with traffic  from Lanao del Norte, Misamis Occidental, and Zamboanga region.

Each vehicle entering Iligan City is inspected; all passengers are searched. Soldiers ask passengers to open their car and dashboard compartments. The Iligan City government and the provincial government of Lanao del Norte said they  are ready to receive the evacuees. 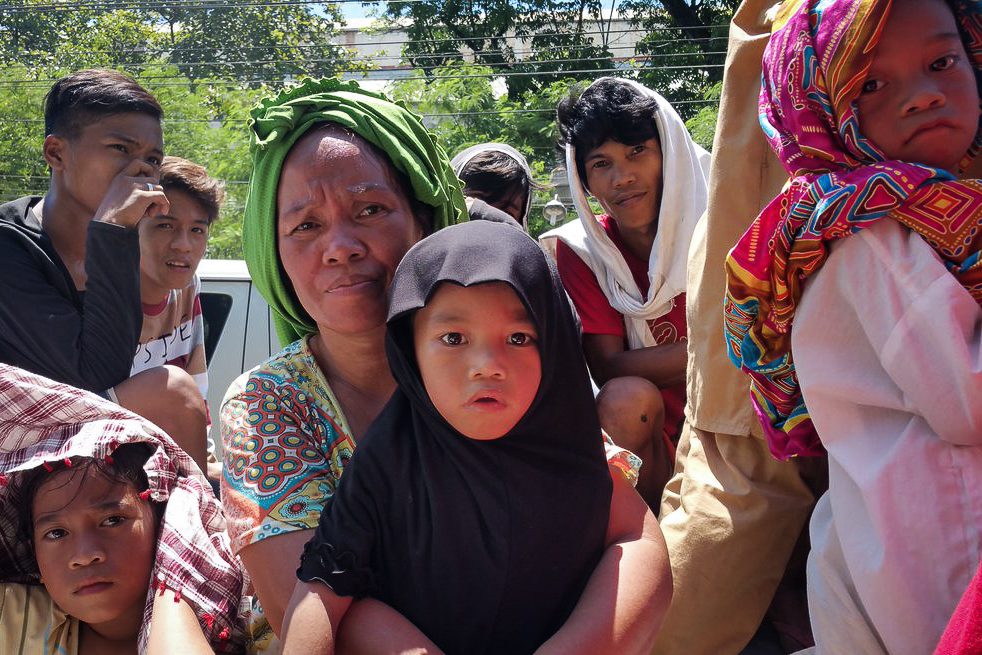 “The governor has ordered the mobilization of the quick response team in case evacuees will arrive from Marawi.  “We are willing to receive them,” Calica said.

He said the provincial government had readied evacuation centers in the towns of Balo-i and Pantar.

“The CDRRMO has already been advised to prepare food packs and other basic necessities for the evacuees,” Vera Cruz said.

As of posting, most of the evacuees were staying with their relatives or in their second homes in Iligan, he said.

“What we are looking at are those poor who have nowhere to go. The evacuation center is open for them,” Vera Cruz added. – Rappler.com