Marawi: Images from a ghost town

May 26, 2017 10:52 PM PHT
Rappler.com
Facebook Twitter Copy URL
Copied
Rappler correspondent Bobby Lagsa is one of the 3 photojournalists who are able to go around some parts of Marawi City on the 3rd day of the siege 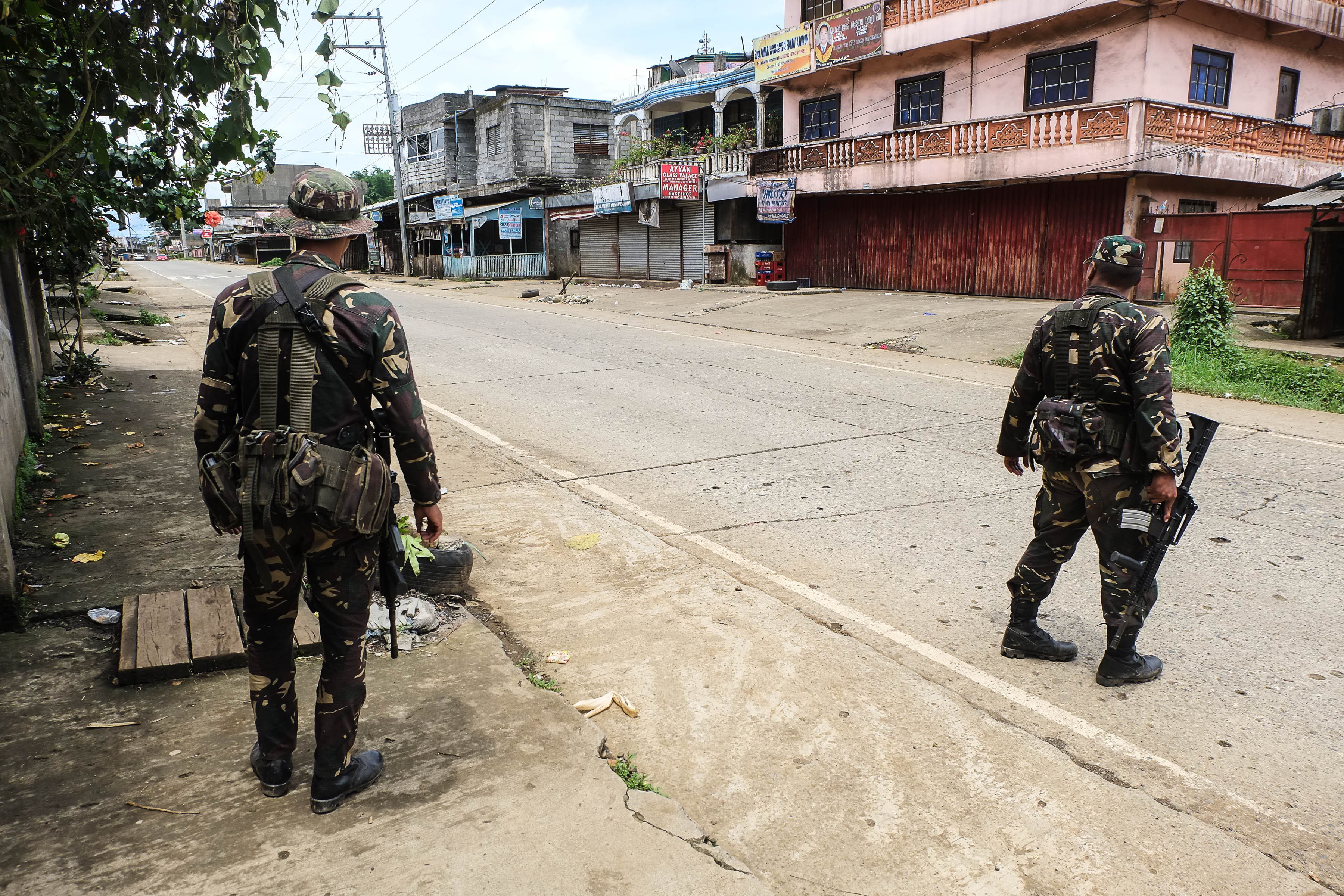 All photos by Bobby Lagsa

LANAO DEL SUR, Philippines – Marawi City’s Amai Pakpak Avenue has had more soldiers than residents. So have the other streets in the city proper. Since the military started hunting down members of the Maute Group and other terrorists on Tuesday, May 23, Lanao del Sur’s capital has been a ghost town. 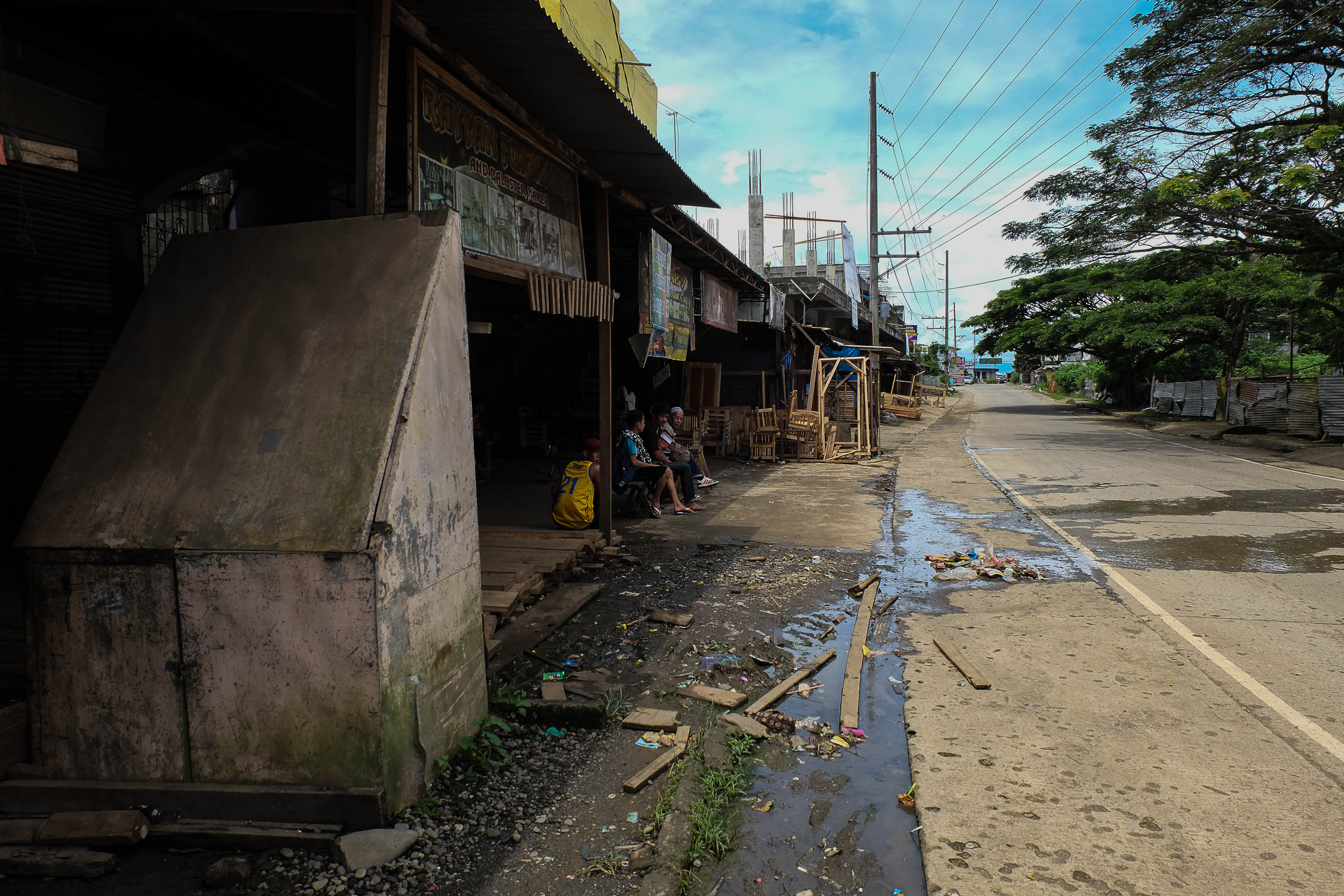 An eerie silence enveloped major junctions in what was supposed to be the center of trade and activity in the province and home to more than 200,000 people on Thursday, when Rappler took these photos. It was the first time a few media people were able to slip into the besieged city. 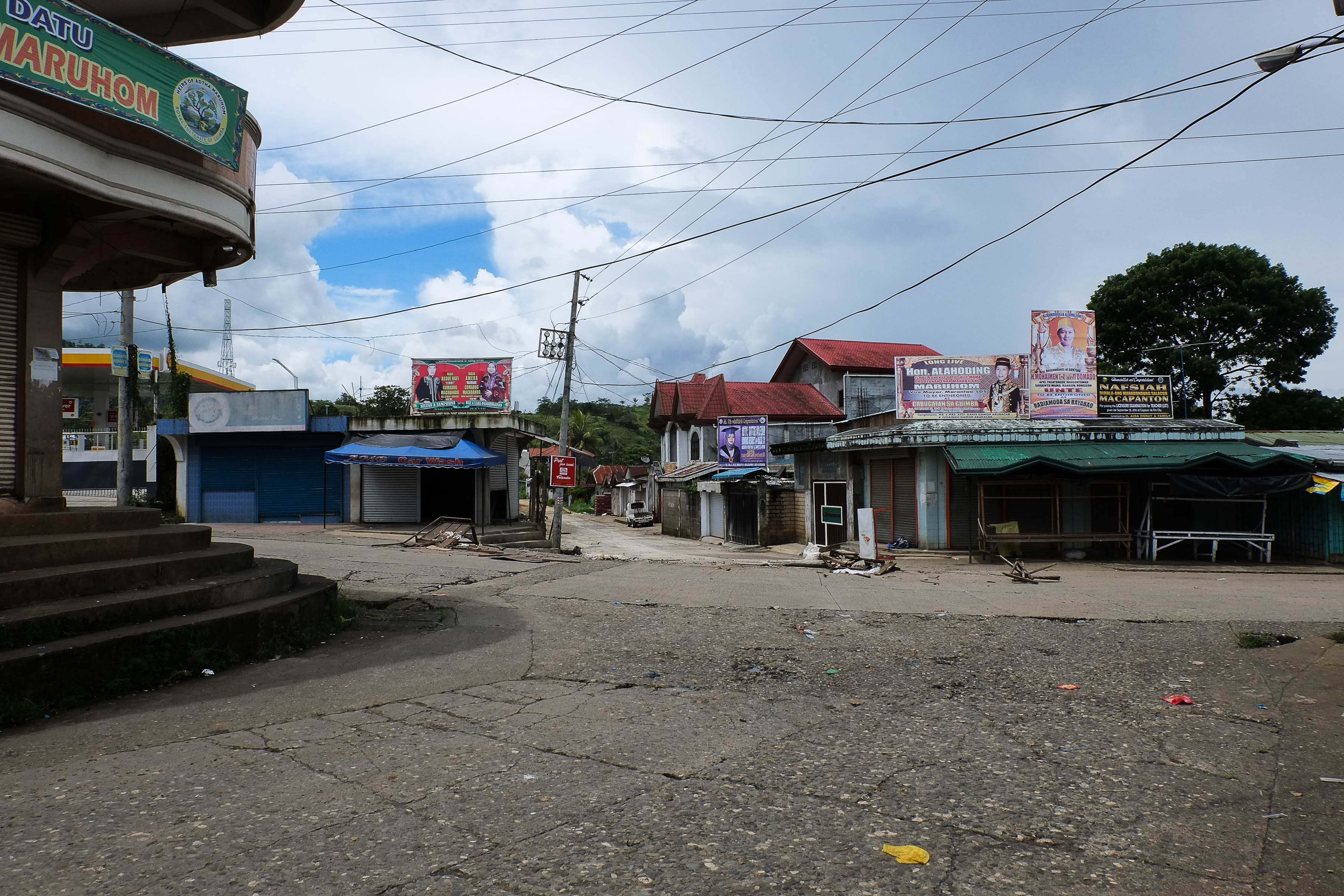 Schools and jail had been burned down, mosque and chapels were closed, hospital sieged. Some residents were taken hostage by the terrorists, and later rescued by government forces. 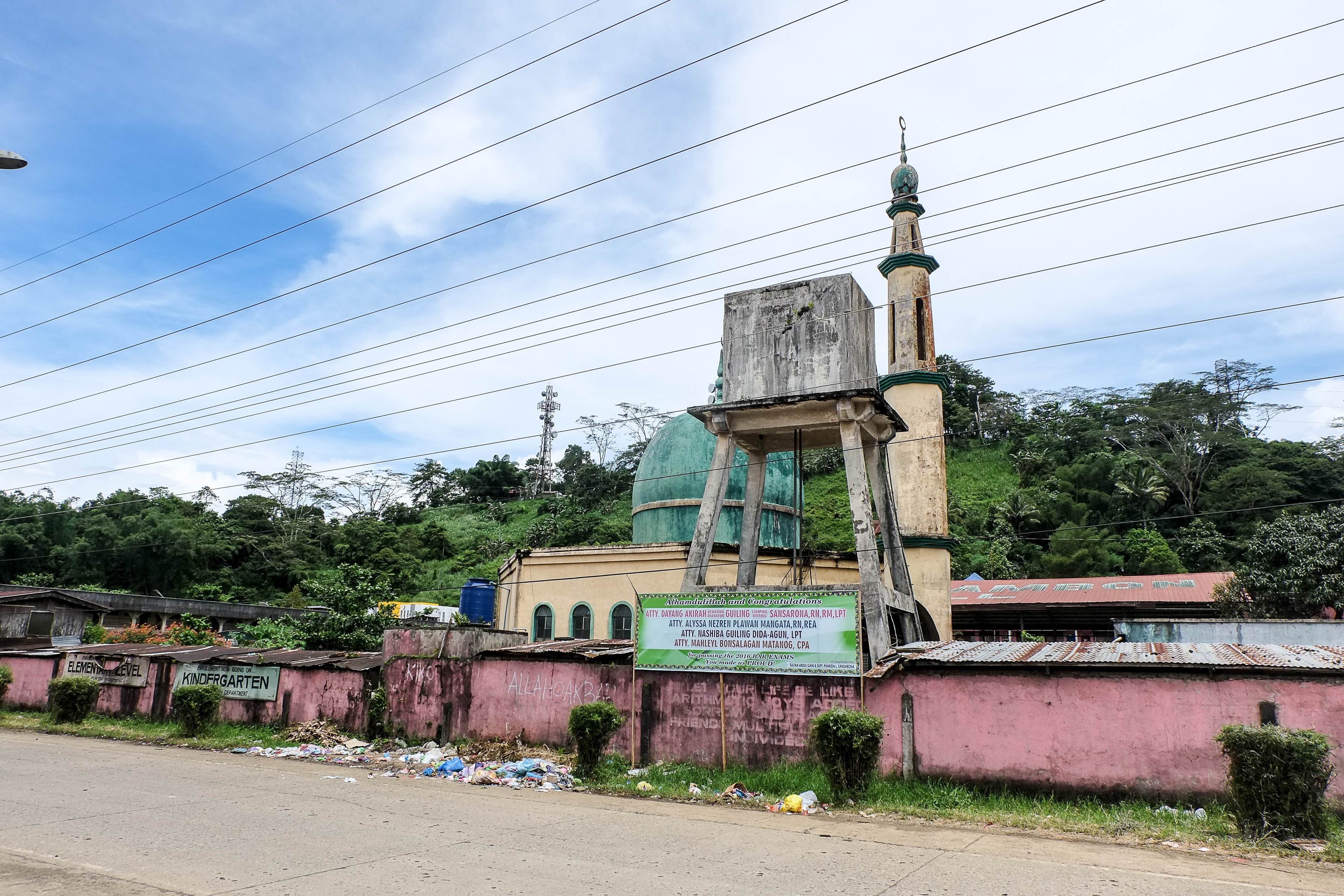 Thousands of residents have fled Marawi to the relative safety of Iligan in Lanao del Norte, and of Cagayan de Oro in Misamis Oriental, enduring hours-long traffic and military checkpoints. 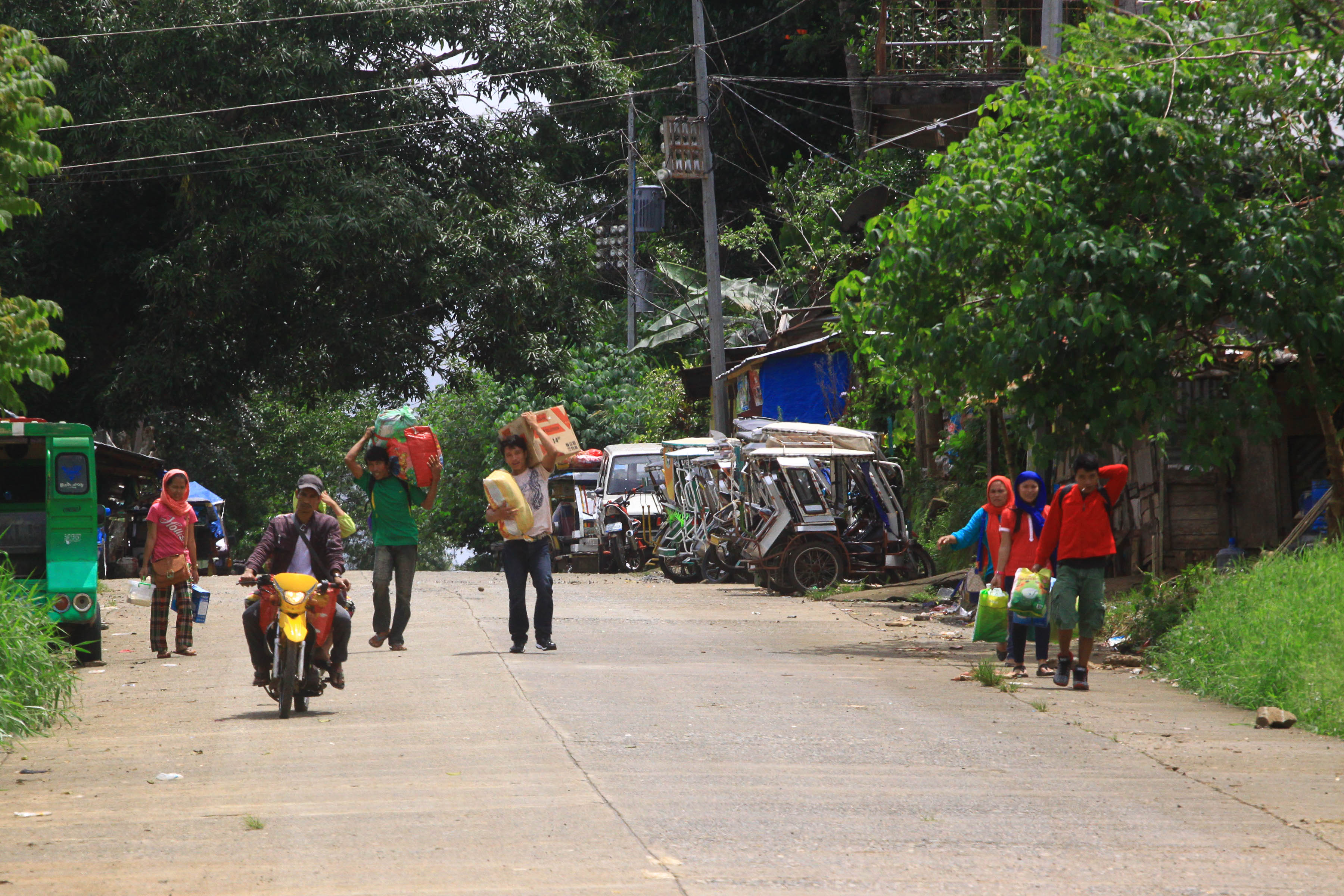 Still, some decided to stay to watch over their closed shops and houses, but later begged that they be brought food and water. 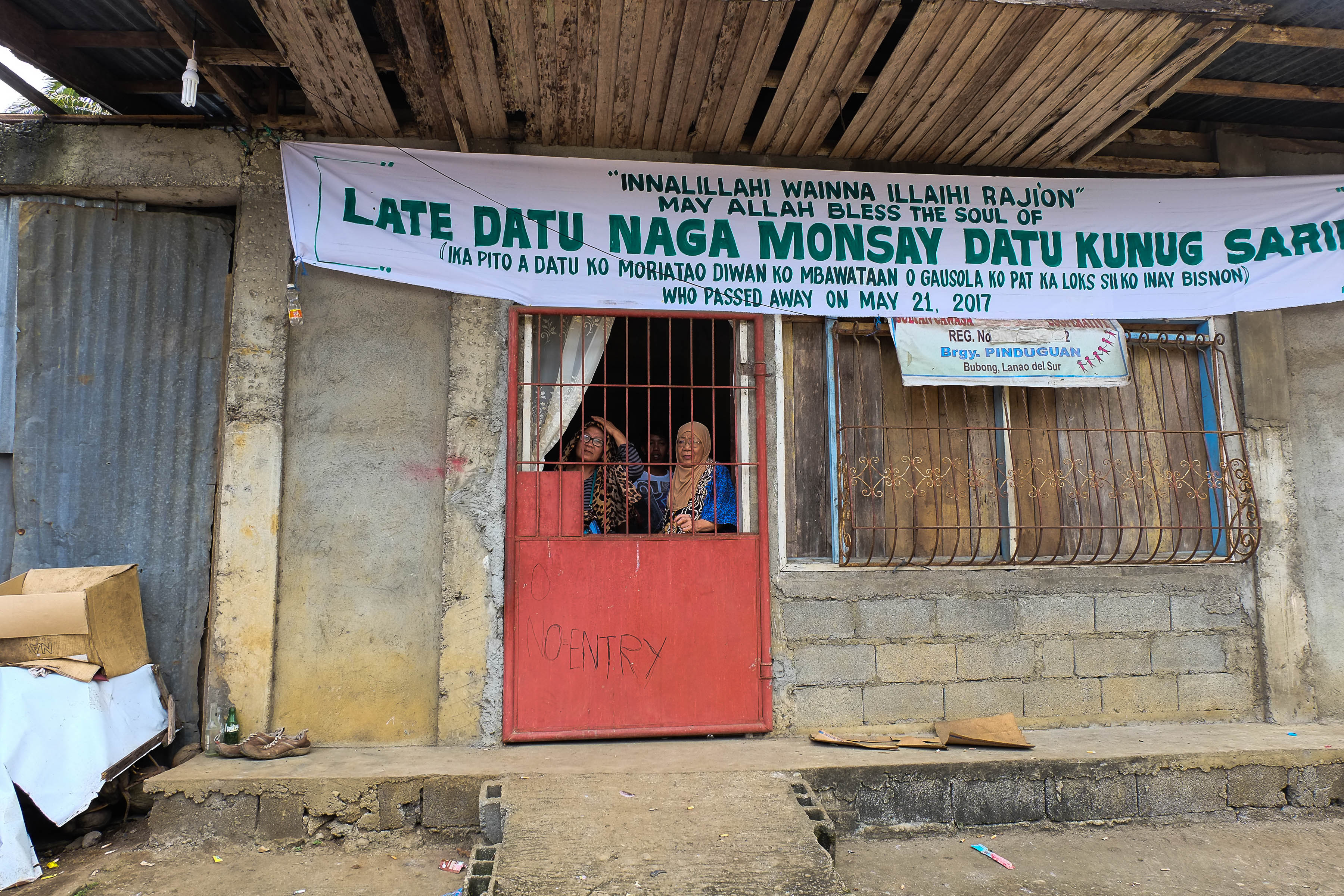 And for every morning that they stayed, explosions and gunshots would wake them up. 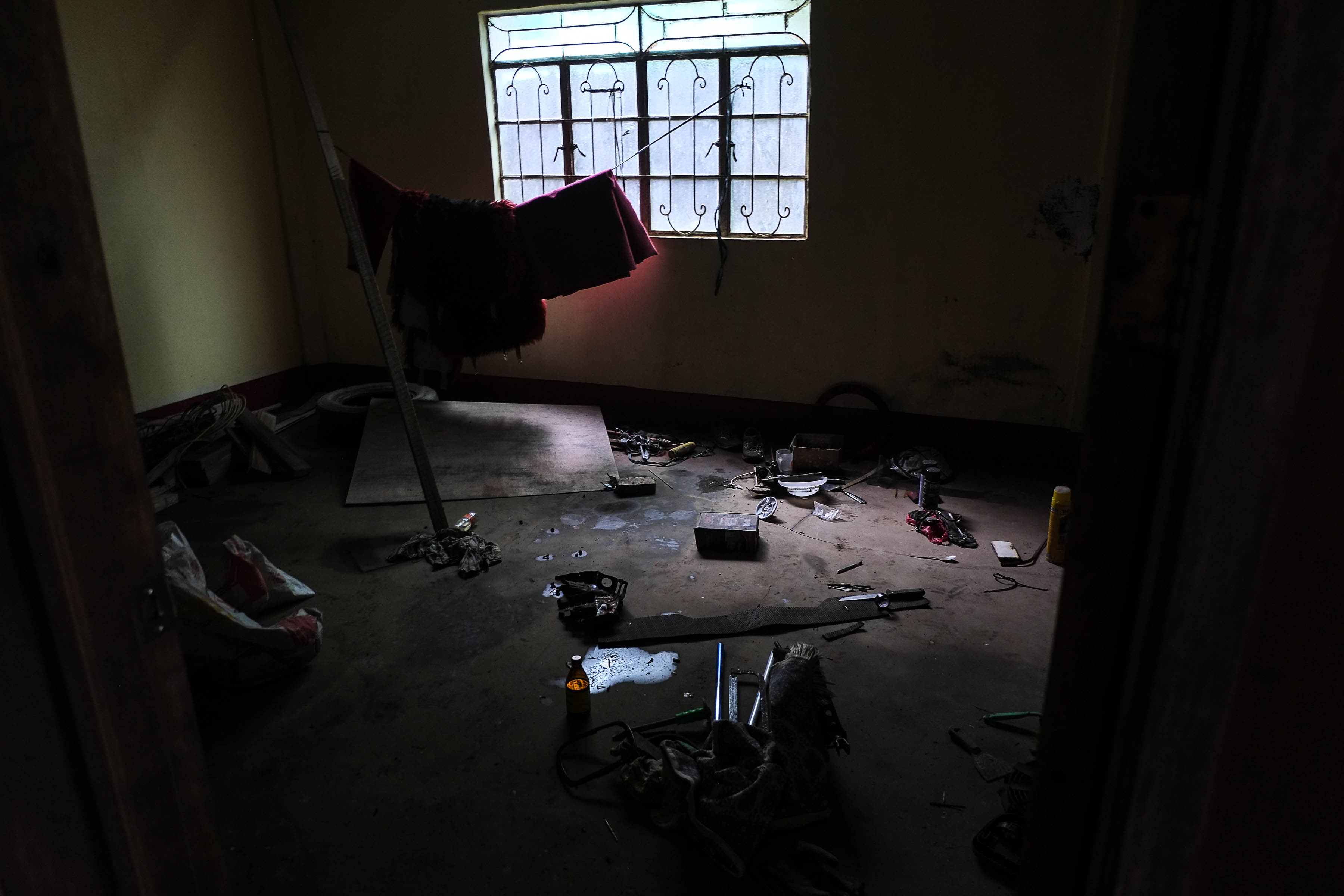 President Rodrigo Duterte visited the troops in Iligan City Friday afternoon, May 26, giving them marching orders to arrest every person carrying firearms without authorization, and to shoot them when they fight back. 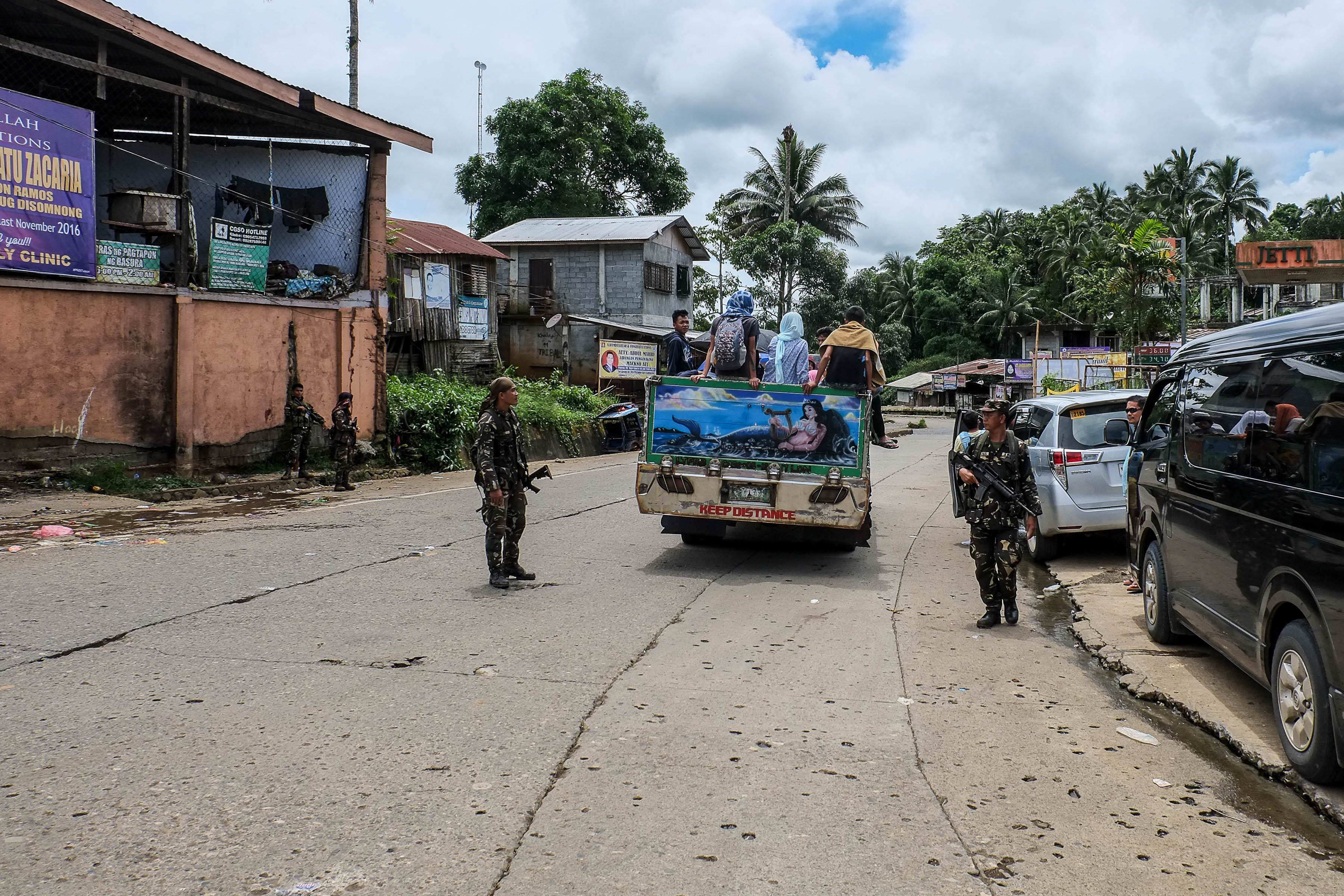 “Sasamahan ko kayo (I’ll be with you all the way). If you go down, I go down. But for this martial law and the consequences of martial law, and the ramifications of martial law, I and I alone would be responsible. Trabaho lang [kayo]. Ako na bahala (Just do you job, I have your back),” he said.

His defense secretary, Delfin Lorenzana, set a target: the siege of Marawi will be over in a week or less. – Rappler.com