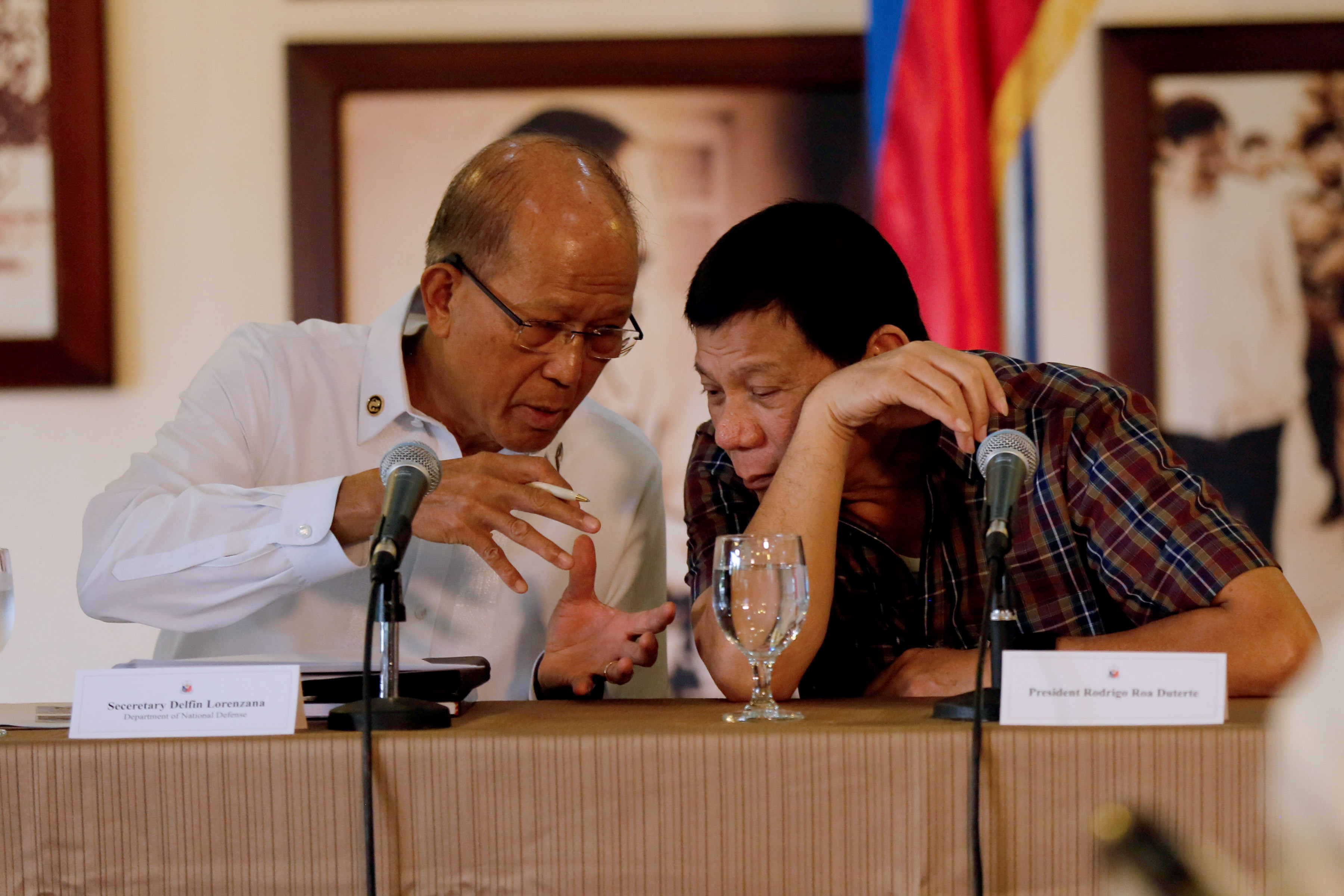 MANILA, Philippines – Security officials admitted to senators that they did not recommend the declaration of martial law in Mindanao to President Rodrigo Duterte.

The 6-member Senate minority bloc revealed this in a news conference on Tuesday, May 30. The senators said the security officials made the admission during a special briefing for senators on Monday, May 29.

(The briefing did not exhaust or settle the grave concerns and questions. The one who briefed us said that they could neutralize the Maute in Marawi even without martial law. But the President had already made a decision so they were obliged to implement it. All the more, it should be subject to checks and balances.)

Asked who among the officials said it, Hontiveros, seconded by her colleagues, said it was Defense Secretary Delfin Lorenzana.

“When asked, the security officials said hindi sila ‘yung nagrekomenda (they were not the ones who recommended it),” said Senator Antonio Trillanes IV.

Senate Minority Leader Franklin Drilon also recalled how Lorenzana told senators that the military could end the problem with the Maute Group even without the martial law proclamation.

“Yesterday, it was a closed-door briefing. But we sought permission of caucus, [because] many of those were in contained in the report. One particular issue, question was asked pointedly by Senator Trillanes. Can we contain Maute without martial law? The answer of Secretary Lorenzana, ‘Yes we can,'” Drilon said.

Lorenzana and National Security Adviser Hermogenes Esperon Jr also told reporters in Moscow ahead of the declaration that the military was in “full control” of the situation in Marawi City.

The minority bloc reiterated its call for a joint public session with the House of Representatives to deliberate on Duterte’s proclamation, saying it is Congress’ mandate.

“All of these questions really point to the need for the joint session where the hearing can be done para sa (for) transparency. Many of those mentioned were contained in the report,” Drilon said. (READ: LOOK: Duterte’s report to Congress on martial law)

Duterte declared martial law in Mindanao last May 23, following the clashes in Marawi City and threats from the Islamic State (ISIS) group.

Duterte is the 3rd Philippine president to declare martial law since Marcos declared it in 1972, and Gloria Macapagal-Arroyo, who declared martial law in Maguindanao in 2009 after the Maguindanao massacre. – Rappler.com