How to sing PH national anthem, and display symbols in proposed flag code 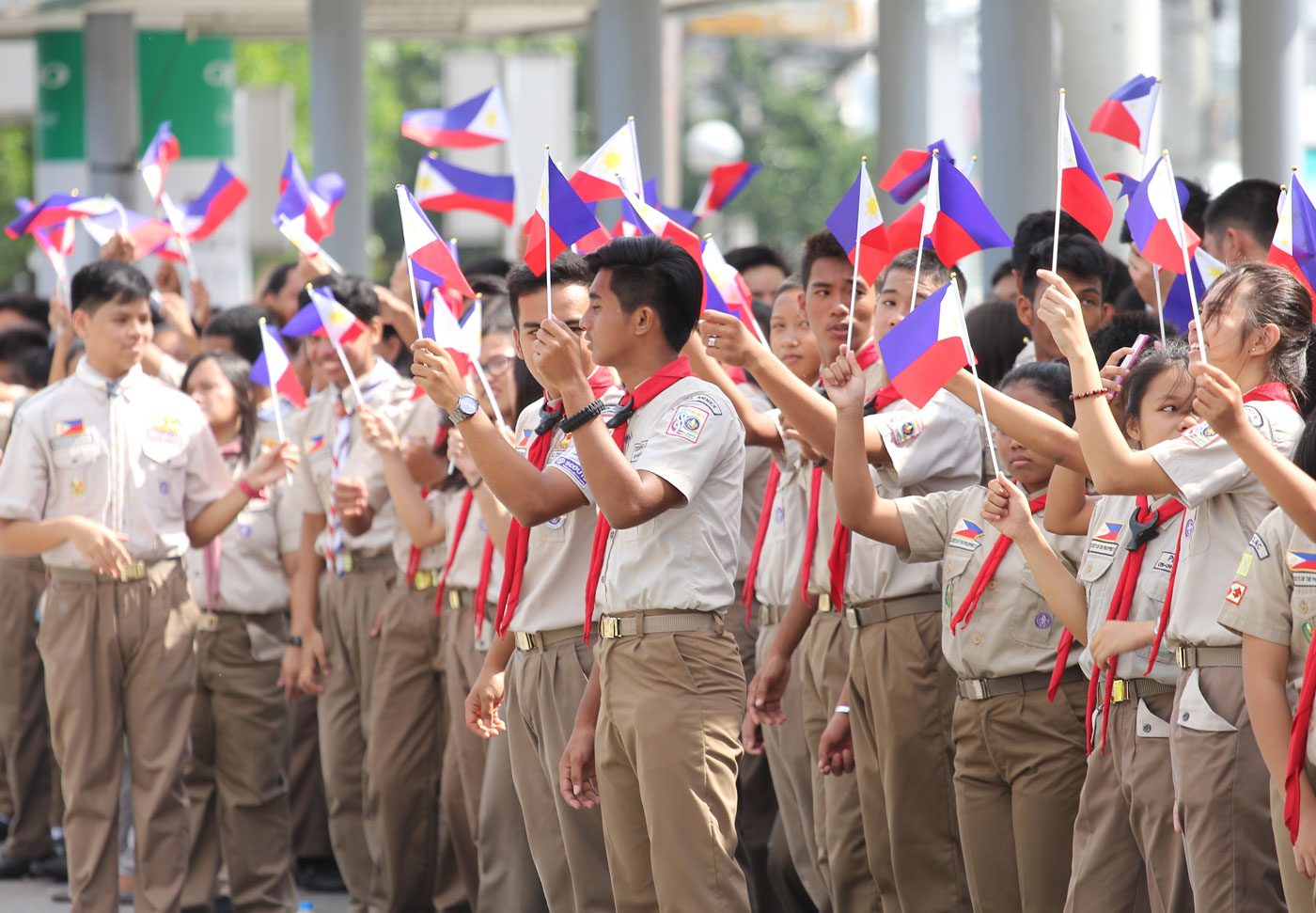 Facebook Twitter Copy URL
Copied
A House bill sets tougher penalties for improper singing of 'Lupang Hinirang,' as well as incorrect usage of the Philippine flag and other national symbols

MANILA, Philippines – The House of Representatives approved on 3rd and final reading the bill specifying the right rendition of the national anthem, “Lupang Hinirang,” and strengthening the rules on the proper use and display of the Philippines’ national symbols.

A major amendment being proposed by the measure is the inclusion of provisions on the proper use of the national seal, motto, and coat-of-arms, aside from the Philippine flag, national anthem, and other “heraldic items and devices.” 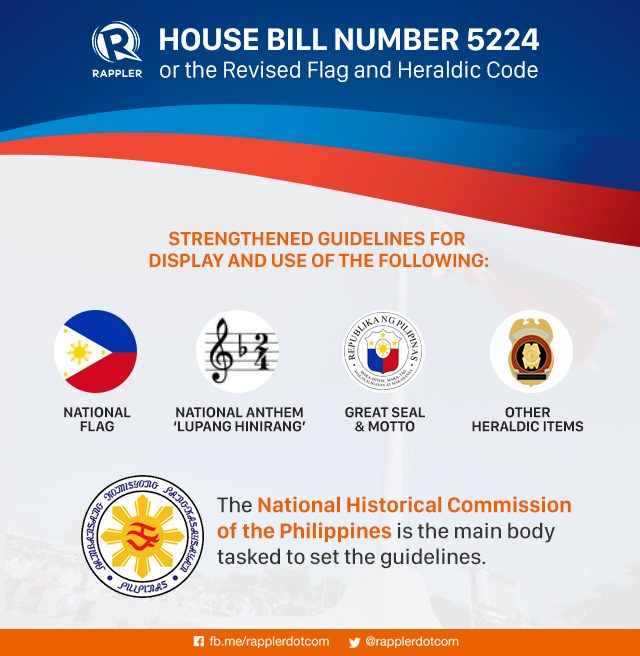 HB 5224 has expanded the prohibited acts to include the following: HB 5224 specifies the proper rendition of “Lupang Hinirang” in accordance with the musical arrangement and composition of Juan Felipe: 2/4 beat when played, within the range of 100 to 120 metronome, in 4/4 beat when sang.

They are expected to sing while the right palm is placed over the left chest. Uniformed personnel, meanwhile, are to salute the flag as prescribed by their respective regulations.

The national anthem, however, would not be allowed to be played preceding “events of recreation, amusement, or entertainment purposes.” But the anthem may be played during the following:

The Oath of Patriotism (Panatang Makabayan) must be recited after the singing of the national anthem in basic education institutions. The Pledge of Allegiance (Panunumpa ng Katapatan sa Watawat ng Pilipinas) may be recited as well, though the bill did not specify who is required to do so.

HB 5224 confirms the official design of the Philippine flag, coat-of-arms, and seal.

It mandates the Philippine flag to be hoisted and displayed in all public buildings, official residences, public plazas, and institutions from Monday to Friday only throughout the year. (READ: Why should we respect the PH flag?) The measure also reiterates the designated time for the raising and lowering as well as manner of display or hoisting of the Philippine flag when it is flown solo or displayed with another flag.

The bill likewise maintains the current guidelines on the proper use, disposal, and replacement of worn-out Philippine flags.

The bill, however, increases the number of individuals whose death would require the flying of the Philippine flag at half-mast for a certain number of days.

HB 5224 would include the death of public school teachers under this provision to “give due recognition and tribute to [their] selfless dedication.” Violators would face stiffer penalties. The fine for individual violators will be raised to the range of P50,000 to P100,000 from the current P5,000 to P20,000. Violators may also face imprisonment up to a year.

A public censure would also be issued against the violator, to be published at least once in a newspaper of general circulation.

The permit of private educational institutions which would violate any of HB 5224’s provisions would be canceled by the Department of Education (DepEd) and the Commission on Higher Education (CHED), upon the recommendation of the National Historical Commission of the Philippines (NHCP).

Public officials or employees who will violate the rules, meanwhile, would be punished in accordance with Rule 10 of the Revised Rules on Administrative Cases in the Civil Service. They could also face criminal charges. The NHCP would be tasked to formulate the rules and regulations implementing the provisions of the law in consultation with the DepEd, CHED, the National Commission for Culture and the Arts, and the Komisyon sa Wikang Filipino. – Rappler.com