IN PHOTOS: Death and destruction in Banggolo, heart of Marawi These photos from Marawi show us the horror that Marawi has been through as gun battles between soldiers and terrorists reach their 6th week.

“Lost in words. It’s beyond evil,” said Zia Alonto Adiong, spokesman of the Crisis Management Committee who shared the photos from Banggolo on Thursday, June 29.

There used to be human flesh inside what looks like a blue shirt lying on the street. Now there are just bones holding up the cloth. The skull has rolled over toward the grasses. The body belonged to about a hundred civilian believed to be killed in the clashes.

Another photo shows what appears to be what’s left of the bodies of 4 civilians.

Banggolo, the city’s financial district, is the site of the bloodiest battles between government troops and terrorists who pledged allegiance to Islamic State (ISIS).

It remains a war zone – despite the military’s repeated attempts to take control. (READ: Terror in Mindanao: The Mautes of Marawi)

This photo dump follows the retrieval of 17 bodies on Wednesday, June 28, also in advanced stages of decomposition. (READ: Bodies sprawled on the streets where the clashes began)

The fortified buildings of Banggolo were occupied by terrorists, giving the military little choice but to flush them out through airstrikes or burning.

The massive sweep ruined buildings to the ground, including the Pacasum Square. There’s a new deadline. Defense Secretary Delfin Lorenzana said the clashes could end “in a week or two.” But locals, who earlier pinned their hopes on the deadlines the government issued, are afraid it is not going to be easy. 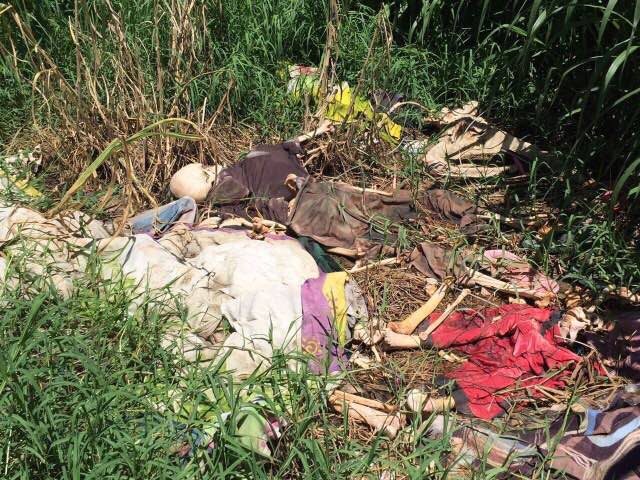