Police nab lone suspect in massacre of 5 in Bulacan 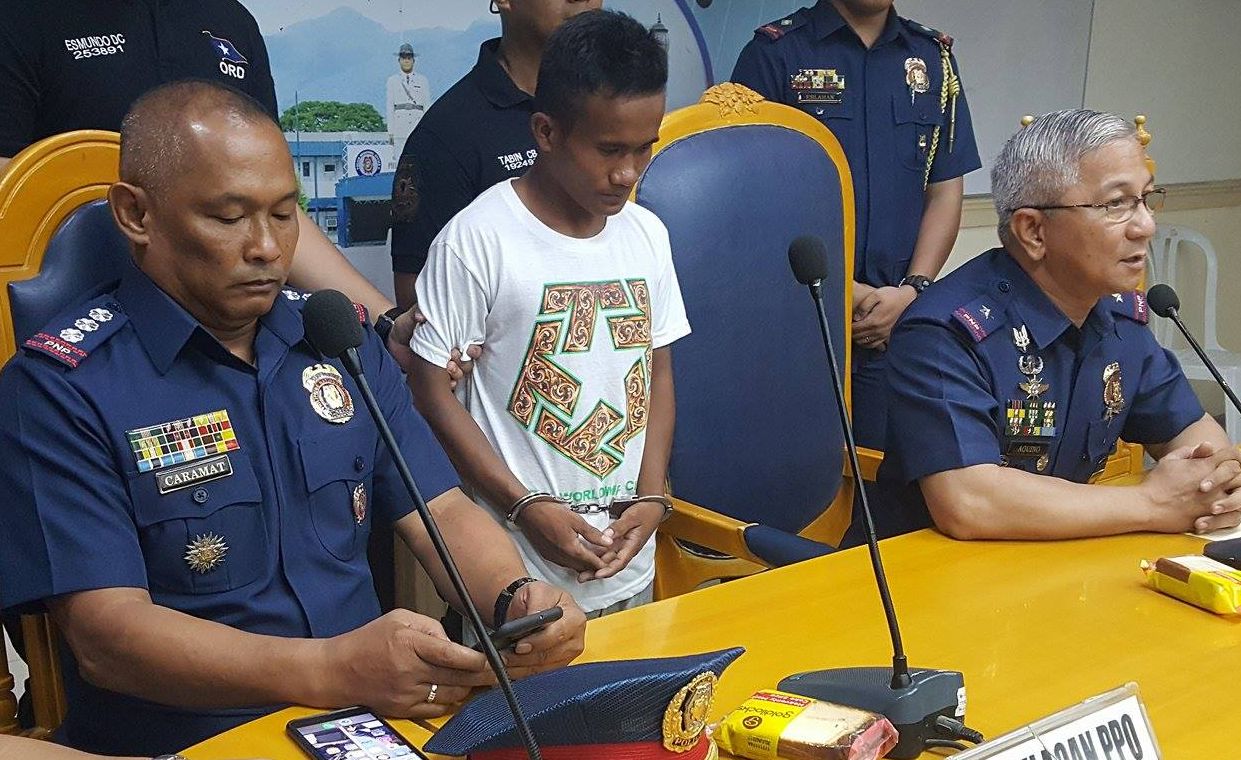 PAMPANGA, Philippines – “Nagsisisi po ako sa ginawa ko po. Kasi po lulong po ako sa droga at nakainom din po ako.” (I regret what I did. I was addicted to drugs and I also had a drink).

This was the short statement given to the media by Carmelino Navarro Ibañes, 26, a construction worker and a native of Negros Occidental – the lone suspect in the gruesome massacre of 5 members of the Dizon-Carlos family whose bodies were discovered in the morning of June 27 in their home in San Jose Del Monte City, Bulacan province.

Ibañes, who lives only a few houses away from the victims’ home in North Ridge Subdivision in Sto. Cristo village, San Jose Del Monte City, was presented by the police at Camp Olivas here on Thursday, June 29.

Quoting Ibañes, Aquino said the suspect had a drinking session with his friends on the night of June 26. On his way home, the suspect claimed to have heard a voice telling him to go inside the victims’ house.

After forcing his way into the house, the suspect stabbed to death Auring Dizon, 58; her daughter Estrella Dizon, 28; and Estrella’s children – Donnie, 11; Ella, 7; and Dexter Jr, one-year-old.

Ibañes also allegedly raped Auring and Estrella after he killed them.

Aquino said the suspect stabbed Auring 32 times and then went after Estrella and stabbed her 45 times. He then proceeded upstairs and stabbed Donnie 15 times, Ella 7 times, and the one-year-old Dexter Jr 5 times.

Police invited 4 “persons of interest,” including Ibañes, for questioning.

Aquino said Ibañes initially confessed to the crime “in front of his mother and sister.”

“A witness who happened to be passing by saw the suspect coming out of the house of the victims around 3:00 in the morning and noticed the blood stains in his hands,” the police official added.

Three other persons invited by the police were allowed to leave but they detained Ibañes upon hearing his admission to the crime and the statement of the witness who positively identified the suspect as the person he saw coming out of the victim’s residence. – Rappler.com