Jul 7, 2017 9:28 AM PHT
Rappler.com
Facebook Twitter Copy URL
Copied
Higher public satisfaction in Visayas and Balance of Luzon pulls up the Chief Executive's ratings and makes up for the sharp drop in his ratings in Mindanao, which he had placed under martial law 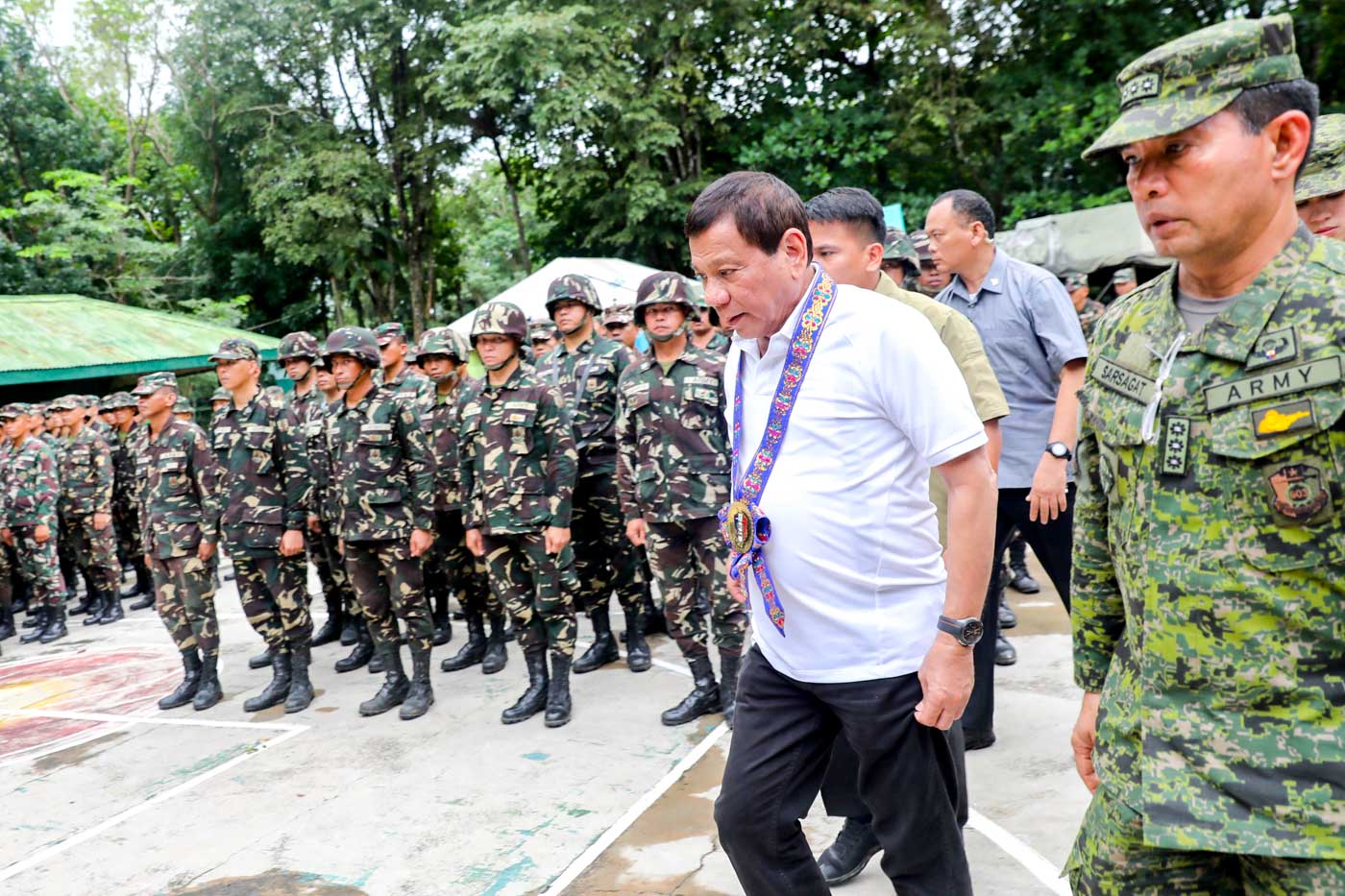 MANILA, Philippines –  Amid the Marawi crisis and the imposition of martial law in Mindanao, President Rodrigo Duterte attained his highest ever public satisfaction rating, according to the latest Social Weather Stations (SWS) survey.

Duterte garnered a net satisfaction rating of +67, categorized as “very good,” based on the results of an SWS survey held from June 23 to 26, a month after he declared martial law in response to the Marawi siege. (READ: TIMELINE: Marawi clashes prompt martial law in Mindanao)

This is his highest SWS net satisfaction rating so far, besting his September rating of +64.

The survey, first published in BusinessWorld, was conducted through face-to-face interviews with 1,200 adults nationwide. It has sampling error margins of +/-3 points for national percentages and +/-6 for regional percentages.

It found that 78% of respondents were satisfied by Duterte’s performance in the second quarter of the year. Only 12% were dissatisfied while 10% were undecided.

Increased public satisfaction in Visayas and Balance of Luzon pulled up the Chief Executive’s ratings, which made up for the sharp drop in satisfaction in Mindanao, Duterte’s home region which he had placed under martial law.

In Visayas, the President’s satisfaction rating rose by 11 points – from +62 in March to +73 in June.

In his bailiwick, however, his net satisfaction rating slid by 12 points – from +87 to +75 – but remained in “excellent” category.

Satisfaction in Duterte’s performance improved across all socioeconomic classes, with the highest rise in satisfaction among the country’s poorest.

For Malacañang, the results of the survey show public support for Duterte’s martial law declaration and how he was managing the Marawi conflict.

Duterte declared martial law on May 23, hours after fighting between Muslim extremists and government forces began in Marawi.

He cut short an official visit to Russia to fly back to the Philippines and call an emergency Cabinet meeting to address the crisis.

In the days following the siege, he made frequent visits to military camps in Mindanao to talk to troops and pin medals on wounded soldiers and police. He also dropped by an evacuation center in Iligan to speak to Marawi residents displaced by the conflict. – Pia Ranada/Rappler.com