PH urged to ‘reassume leadership’ a year after Hague ruling 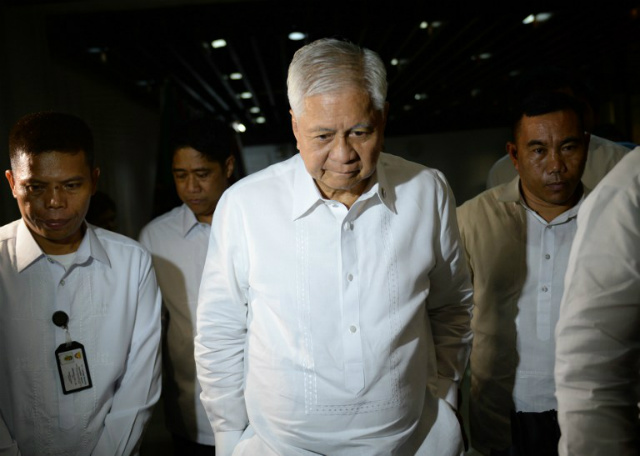 “Today, on the anniversary of the ruling, we should be proud of our country’s leadership on this issue. It was a leadership that began from a lonely place but, because we stood for what is right, we also gained the respect of the responsible community of nations,” Del Rosario said in a forum on Wednesday.

“I believe that we should reassume our leadership,” he said in the forum organized by the Stratbase-Albert del Rosario Institute on Wednesday.

Del Rosario explained: “Even today, countries hope for us to lead from our position of strength. No other nation can support us more than we do ourselves, and there can be no unity over the right course of action unless we initiate this unity.”

Del Rosario made these remarks exactly a year after the Philippines on July 12, 2016, won a historic case against China in The Hague.

Philippine President Rodrigo Duterte has downplayed this Hague ruling, which was secured by the Aquino administration, to nurture better ties with the world’s second largest economy. (READ: Duterte foreign policy: Independent but isolated)

On the Philippines’ leadership role, Del Rosario explained that the country has “accrued its benefits,” such as “the clarity of our sovereign rights, the respect of our friends and neighbors, and the contribution that we made toward reinforcing international law.”

He then pointed out that the Philippines has “an opportunity that comes only once in a decade” – that is the Philippines’ chairmanship of the Association of Southeast Asian Nations (ASEAN).

He urged the Philippines, for one, to ensure that the Hague ruling would be “an integral part” of the framework Code of Conduct in the South China Sea, as well as the code itself “if it is concluded.”

“After all, our region cannot promote the rule of law while ignoring the law as it stands,” Del Rosario said.

Earlier on Wednesday, the Philippines hailed its improved ties with China as it marked the first anniversary of the Hague ruling.

For the Duterte administration, adopting “positive neighborly relations” with China has made the Philippines a “regional peacemaker.” – Rappler.com