MANILA, Philippines – Ilocos Norte Governor Imee Marcos on Friday, July 14, showed pictures to prove that Ilocos Norte 1st District Representative Rodolfo Fariñas was with her when she distributed 40 mini-cabs to barangay captains, the subject of an ongoing House probe.

Marcos released the photos in a post on her Facebook page and in a press statement sent to media on Friday.

“Congressman Fariñas is saying these are ghost projects. Kayo na lang po ang humusga (You be the judge),” Marcos said in a Facebook post on Friday, where she posted pictures of the distribution of red mini-cabs in Ilocos Norte’s 1st District on May 11, 2012.

In the photos, Fariñas walked alongside Marcos who shook hands with village chiefs who received the mini-cabs.

(When I distributed the mini-truck, who was my escort? None other than Congressman Fariñas. He was with me during the distribution. We were still with ‘One Ilocos Norte’ then.) 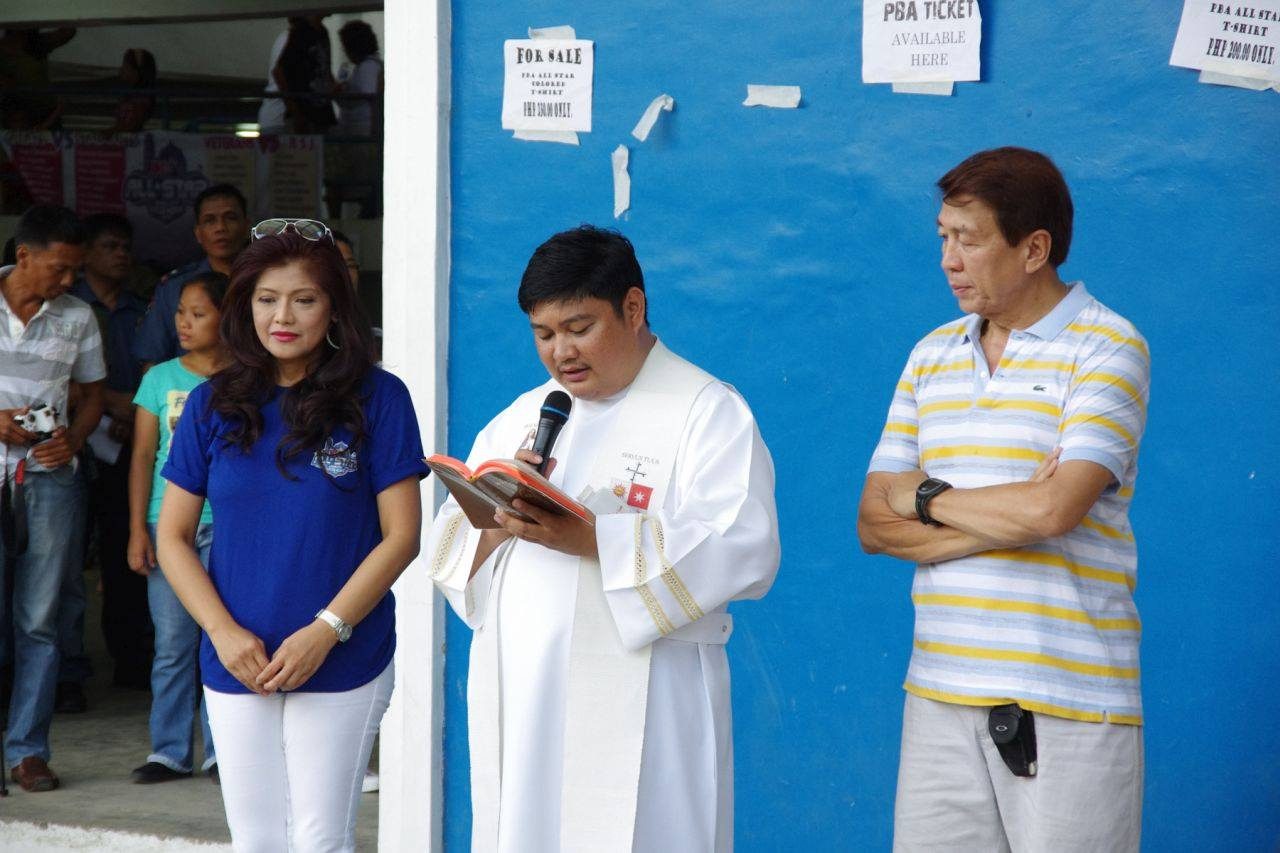 Marcos mentioned the photos during her press conference on Thursday, but only released them on Friday.

Fariñas, now the House majority leader, had initiated a congressional probe into Ilocos Norte’s purchase of 40 mini-cabs, 5 second-hand buses, and 70 mini-trucks from 2011 and 2012, amounting to P66.45 million.

The money was sourced from provincial tobacco funds, which Republic Act Number 7171 says can only be used for cooperative, livelihood, agro-industrial, and infrastructure projects for the benefit of tobacco farmers. (READ: FAST FACTS: Tobacco funds in the Philippines)

At the time of the distribution, Fariñas was still allied with the Marcos family. He had a falling out with the Marcoses last year after the family dropped him from their “One Ilocos Norte” ticket in the 2016 polls.

Philippine Government Electronic Procurement System Deputy Executive Director Maria Rosa Clemente had testified under oath that they have no record in their system of the bidding process for the 40 mini-cabs worth P18.6 million. (READ: Red flags in Imee’s Ilocos Norte and P66.45M tobacco fund use)

Fariñas admitted he joined the distribution event 5 years ago, but he argued he did not know at the time that it involved it involved an anomalous purchase.

“Yes, I was invited during the distribution and I can attest that they were given to barangay captains. I had no idea or information that tobacco funds were used to purchase them, [that they were bought] through cash advances, [and] no public bidding [was done],” Fariñas told reporters.

Fariñas said he distributed multi-cabs to barangays in his district which only had the following prices:

The Marcos-Fariñas rift has already reached the Supreme Court, as Marcos filed an omnibus petition urging the justices to take over the Court of Appeals (CA) case of the 6 Ilocos Norte officials detained by the House since May 29. (READ: Imee Marcos demands end to House ‘inquisition’)

The House committee on good government and public accountability cited the local officials in contempt and detained them for giving “dismissive” answers during the probe.

The so-called “Ilocos 6” secured a ruling from the CA Special 4th Division ordering their provisional release, but the House leadership has refused to recognize it. This sparked the clash between the legislature and the judiciary over the Ilocos Norte tobacco funds probe. – Rappler.com