Jul 17, 2017 5:25 PM PHT
Mara Cepeda
Facebook Twitter Copy URL
Copied
The House leadership creates a committee on SALN review, which has yet to adopt its rules on the release of the public documents detailing lawmakers' net worth 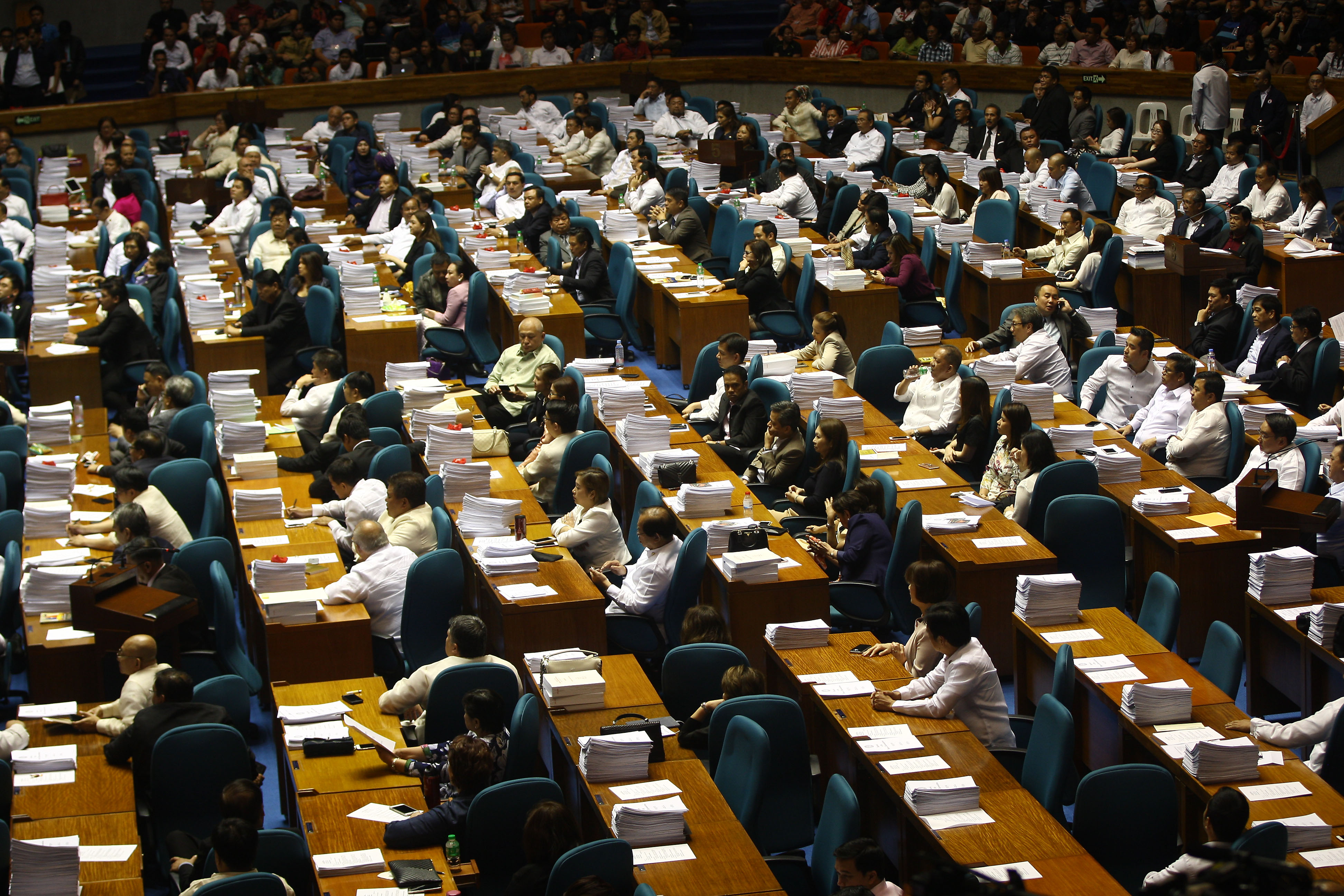 MANILA, Philippines – The House of Representatives is delaying the release of lawmakers’ Statements of Assets, Liabilities, and Net Worth, pending the approval of the rules of the newly created committee on SALN review.

In the past Congresses, the summary of all legislators’ SALNs had been posted in the official House website by the end of May. The 2016 SALNs of lawmakers in the 17th Congress, however, are still unavailable for public scrutiny as of Monday, July 17.

Oriental Mindoro 2nd District Representative Reynaldo Umali said his committee, recently created by the House leadership, still could not arrive at a consensus on the rules for the SALN release.

“We are just waiting for the adoption of the rules. We included it in the agenda, but then, ‘di kami magkasundo ng majority (the majority could not agree on it) for its approval. And so because of that, we had to give it back, get more inputs,” said Umali.

But reporters asked Umali to explain the need for such a set of rules when the House used to automatically post the summary of the lawmakers’ SALNs on the website – even without any requests for it.

“Kasi naging chairman ako ng (It’s because I became the chairman of the) SALN review committee and I want to go by rules. Alam ‘nyo naman dito sa Kongreso (You know here in Congress), there are 291 of us. It’s so difficult to deal with each and every complaint that may come our way so I would rather [say], ‘Ito ‘yung rules natin (These are our rules),'” he said.

Further pressed by reporters, Umali only replied: “Ang contentious are marami nang mga request (The contentious issue is that there are already a lot of requests) for SALN of individuals. And I do not know how to deal with it.”

He could not explain why requests for individual SALNs would stop the House from releasing the summary of all the data in the documents.

Still, Umali assured the public that all of his colleagues submitted their respective SALNs and they have nothing to hide.

Failure to submit the SALN is a violation of Section 8 of Republic Act Number 6713. It is punishable by suspension of up to 6 months for the first offense, and dismissal from service for the second offense.

The late Renato Corona was impeached as chief justice for failing to declare some of his assets in his SALN. – Rappler.com