Grab, Uber to file motion for reconsideration vs LTFRB 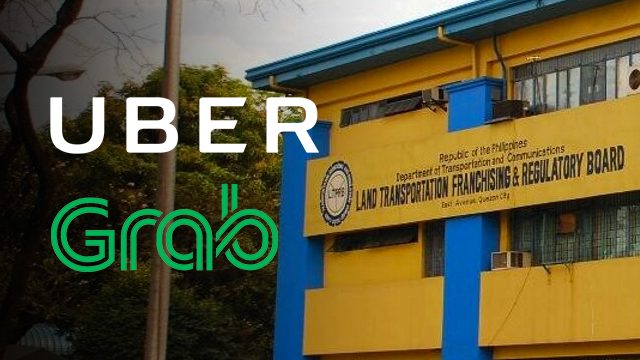 Facebook Twitter Copy URL
Copied
When filed, the apprehension of Grab and Uber drivers without permits, which is set to begin on July 26, will be put on hold

The two transport network companies (TNCs) will file a motion for reconsideration against the July 11, 2017 Land Transportation Franchising and Regulatory Board (LTFRB) order, they announced on Wednesday, July 19.

“Implementation of the July 11 order will be temporarily extended until the LTFRB and all the stakeholders have come to an agreement on the way forward for the TNVS (transport network vehicle service),” Grab country head Brian Cu said in the statement.

When filed, the apprehension of Grab and Uber drivers without permits that is set to begin on July 26 will be put on hold.

This comes after the LTFRB stood by their July 11 order despite a technical working group meeting where both transport network companies appealed for a compromise.

Filing separately, both companies want the LTFRB to reconsider the directive that TNCs pull out all drivers who do not have permits or those who have expired ones before July 26, or when apprehension begins.

However, both companies told LTFRB that they need 15,000 each to service the current demand of the public.

To provide a short-term remedy earlier, the LTFRB opened up a one-stop shop for Uber and Grab drivers with expired permits, hoping to raise the number of drivers come July 26. – Rappler.com