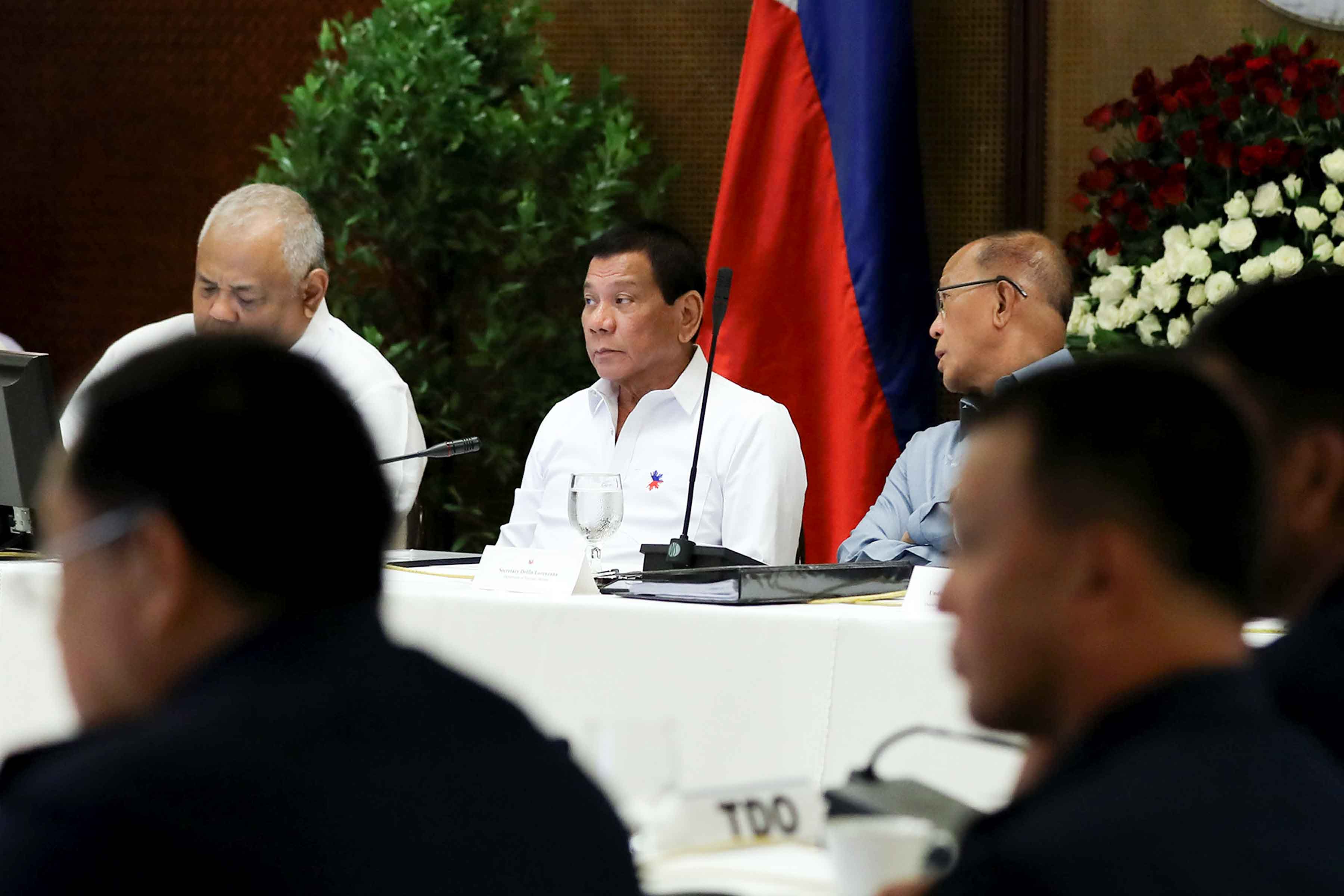 MANILA, Philippines – Human rights groups may find value in the Commission on Human Rights (CHR) but for President Rodrigo Duterte and at least two of his top security officials, it’s an institution whose functions won’t be missed.

In a press conference after his second State of the Nation Address on July 24, Duterte lashed out anew against the CHR and said it is “better abolished.”

The CHR is a constitutional body tasked to investigate allegations of human rights abuses by state actors such as the military or police. It is not under any branch of government. It can only be abolished by changing the provisions that created it in the 1987 Charter.

Jose Luis Martin “Chito” Gascon, CHR chairperson, said Tuesday that Duterte’s pronouncements “remove any doubt regarding the attitude his administration will take towards respecting the human rights guarantees enshrined in the Constitution.”

Gascon said the commission will continue to do its work. “Any discussion to abolish CHR or any other institution for that matter can be taken in the proposed constitutional-reform process… in other words, we shall cross the bridge when we get there. I remain hopeful human rights would still be affirmed,” he said in a statement.

Delfin Lorenzana, who as Defense Secretary supervises the Armed Forces of the Philippines (AFP), initially hesitated to react to Duterte’s statement.

“I don’t want to talk about that. That’s a constitutional body,” he said.

But later he said he agreed with Dela Rosa’s stand. “There are practical reasons for the CHR sa tingin ko marami rin (there are also) disadvantage like sometimes people are prevented from doing their jobs because people are afraid of the consequences of the CHR,” said the defense secretary.

Asked about fears that abuses in the military would go unchecked without the CHR, Lorenzana insisted that the military justice system in place is more than enough.

“I will check and I will balance the PNP,” said Dela Rosa.

Both the AFP and the PNP have been plagued by allegations of human rights abuses.

Under the Duterte administration, the PNP has been accused of violating human rights in the name of the drug war.

The military, meanwhile, has been accused of violating human rights amid the declaration of martial law over Mindanao. Both institutions have denied these allegations, asking their accusers to file cases before the proper institutions. – Rappler.com