MANILA, Philippines – Justice Secretary Vitaliano Aguirre II conducted a surprise inspection of the New Bilibid Prison (NBP) on Thursday, July 27, as he temporarily takes over the direct supervision of the Bureau of Corrections (BuCor).

Results of the surprise inspection were not yet available as of posting time.

On the same day he led the NBP inspection, Aguirre announced he would directly supervise the management and operations of BuCor while awaiting the appointment of a new chief.

Former BuCor shief Benjamin de los Santos resigned recently, saying the resurgence of the drug trade inside the national penitentiary had made him “irrelevant.” 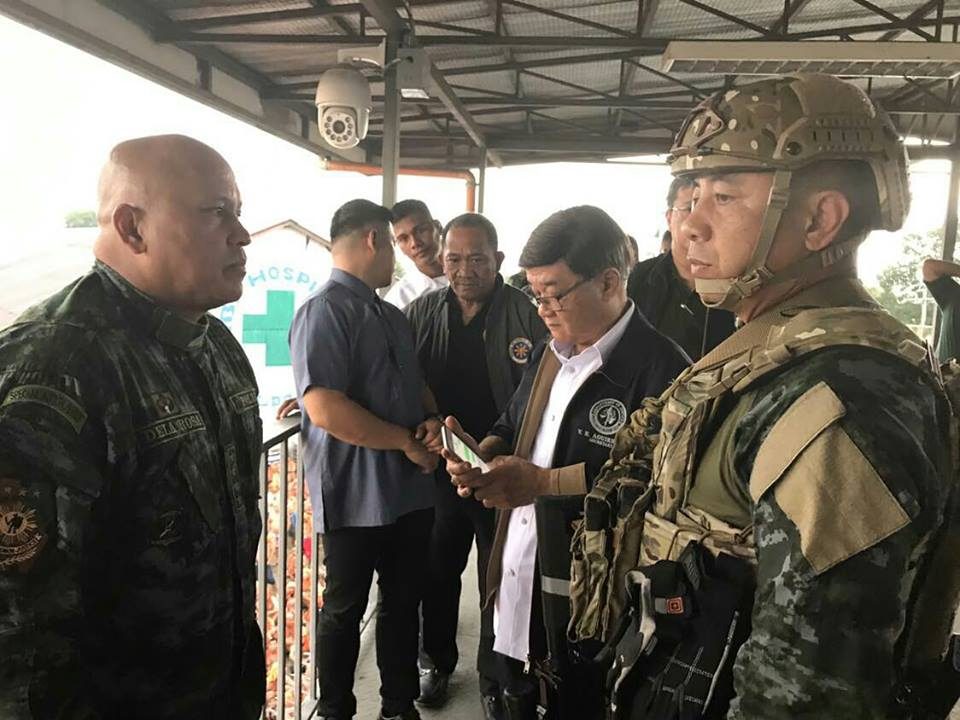 Aguirre assigned Rey Raagas as BuCor officer-in-charge on July 17, but in his latest Department Order, the justice chief said he shall be responsible for management and operational issues not within the “ministerial powers” of the OIC.

Aguirre cited Republic Act No. 10575 or the Bureau of Corrections Act of 2013 which authorizes the Justice Secretary to assume such a role in BuCor.

All of these changes come amid the issue of drug trade resurgence inside Bilibid – the same issue raised against detained Senator Leila de Lima, who is facing drug charges in connection with the Bilibid drug trade when she was justice secretary.

On July 24, Aguirre ordered the return of several inmates to their original detention facility.

The DOJ did not name the inmates who will be transferred to their original jail cell.

Vicente Sy, Jojo Baligad, and Peter Co were transferred in October 2016, after they were hurt in a riot inside the maximum security compound.

Dela Rosa earlier said SAF personnel tasked to watch over Bilibid complained of their deployment because they have no control of the the medium or minimum security compounds.

“How I wish ibalik na ang mga drug lords sa building 14 at SAF ang mag-guwardiya (How I wish they would return the drug lords to Building 14 and allow SAF to guard them),” Dela Rosa said then.– Rappler.com