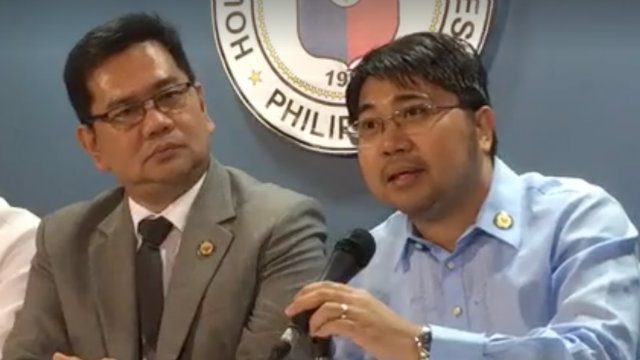 MANILA, Philippines – Amid concerns that the planned rightsizing in the executive branch would lead to mass layoffs, legislators allied with the majority on Monday, August 7, insisted this would not be the case.

“[The] rightsizing program is not a program to downsize government that might result to retrenchment,” said Manila Teachers Representative Virgilio Lacson, chairman of the House of Representatives committee on government reorganization.

Rightsizing government, or removing redundant and overlapping functions in the executive branch, is among President Rodrigo Duterte’s legislative priorities. In late July, the House passed on 3rd and final reading House Bill No. 5707 or the Rightsizing the National Government Act.

The bill wants to create a committee that would oversee streamlining efforts over 3 years. The measure will not affect teaching and teaching-related positions, medical and allied-medical positions, military and uniformed personnel, and certain positions in government-owned and controlled corporations.

Senate Minority Leader Franklin Drilon had earlier expressed the belief that the proposal was a “retrenchment” measure.

Kabayan Representative Ron Salo, a member of the House committee on government reorganization, estimated that around 250,000 jobs from the executive branch may be affected. But Salo stressed that this wasn’t final. (READ: Contractual frontliners vulnerable to effects of gov’t rightsizing)

“This law pertains to what’s the right, what’s the right staffing pattern in order for them to deliver the services. It might affect 10% or 10% more might be hired,” he said.

Salo instead emphasized that the government’s “biggest employers” – the education and health departments – would not be affected. Local governments, the judiciary, Congress, constitutional commissions, and the Office of the Ombudsman are also not covered but may avail of the program.

Employees who may be considered redundant would be given retirement benefits and separation incentives.

The Department of Budget and Management earlier maintained the measure was not tantamount to downsizing. – Rappler.com