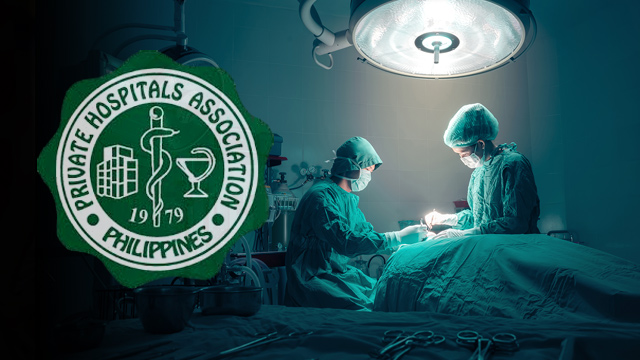 “Yes. We will have a press conference on August 14 [at] 9 am [at the] World Citi hospital [in] Quezon City to report when [we will file],” said Jimenez in a text message.

Jimenez refused to divulge the reasons why PHAP wants the SC to issue a TRO, saying their lawyers would provide an explanation during the press conference.

Under RA 10932, hospital personnel or executives stand to face a fine of P100,000 to P300,000 or imprisonment from 6 months and one day to two years and 4 months, or both should they demand deposits from patients in serious medical conditions before giving treatment.

RA 10932 also says that if the violation was committed because it complies with established hospital or clinic policy, or was done upon the management’s instruction, the hospital official responsible for the creation of that policy will be fined from P500,000 to P1 million.

The hospital and the medical practitioner or employee involved are presumed to be liable if the patient dies or sustains a permanent disability or serious impairment of their health due to the denial of treatment.

PHAP strongly opposes the law’s new provisions, with Jimenez previously telling dzBB that Duterte was allegedly given the “wrong advice” in signing it.

(I think he was given the wrong advice. Because government hospitals are helping already. If you don’t get to line up… you will not be seen. So you’ll go to the private hospital. The private hospital will do what’s necessary. It won’t neglect you.)

The PHAP president added that the new law was made by legislators who are unaware of what is truly happening inside emergency rooms.

(Politicians should not have created this law. They’re just beefing up their resumés. They don’t really see what private and government hospitals are doing, especially in the emergency room.)

The PHAP president instead recommends that the government give tax exemptions to hospitals and medical facilities.

Senator Risa Hontiveros said, however, that there is nothing objectionable in the law she principally authored.

(Even the life of a patient they want to be debated upon by the Supreme Court? Common sense and basic humanity dictate that lives are more important than profit. Life before profit. You can pay for deposits, but life is irreplaceable.) – Rappler.com