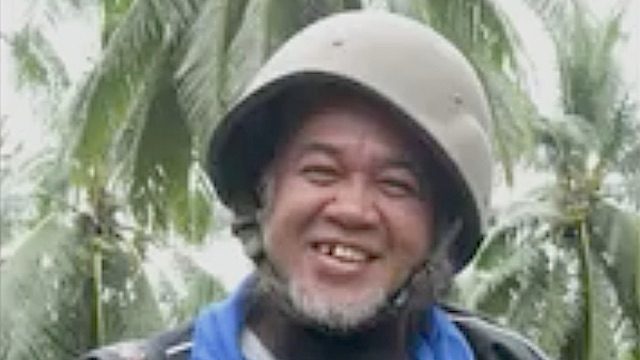 Facebook Twitter Copy URL
Copied
'Father Chito and the rest are still being kept as hostages and utilized as human shields inside the main battle area. Part of our priorities is the safe rescue of Father Chito,' says Armed Forces chief General Eduardo Año

MANILA, Philippines – The Philippine military is poised to rescue hostages in Marawi City as it announces the “last lap” of its operations against local terror groups linked with the Islamic State (ISIS).

The clashes that erupted on May 23 are now on its 3rd month. The military estimated that the terrorists have kept about a hundred hostages, including Catholic priest Father Teresito Soganub.

“Father Chito and the rest are still being kept as hostages and utilized as human shields inside the main battle area. Part of our priorities is the safe rescue of Father Chito,” Armed Forces chief General Eduardo Año told Rappler when asked about the situation of the hostages.

The military has information on the hostages based on reports from village officials and relatives of missing residents, according to Colonel Edgard Arevalo, chief of the military Public Affairs Office.

Arevalo said the objective is to rescue them before troops launch a final push to eliminate the terrorists, particularly its leaders.

Last week, Año and President Rodrigo Duterte made back-to-back visits to the main battle area and spoke of the war supposedly nearing its end. They did not issue a timeline but instead told troops to take it slow to avoid more casualties.

Arevalo said the military is aware that some of the hostages may have been turned by their captors to join the battle. He said troops will still aim to rescue them, knowing that they may be suffering from Stockholm Syndrome or acting under duress.

“May mga balita din na talagang tumutulong na rin si Father Chito at kanyang parishioners [sa mga terorista] (There are raw reports that Father Chito and his parishioners are already aiding the terrorists). There is a possibility they are doing so under duress. Hopefully we are able to rescue them notwithstanding the possiblity that they are already fighting us,” said Arevalo.

“We’d rather err on the side of caution, by treating them as non-combatants who are turned combatants by force of circumstances,” Arevalo said.

The military has reported on the second month of the clashes that the hostages were forced to bear firearms and carry explosives to various target areas. They have also supposedly been ordered to loot buildings for guns, gear, food, money, and jewelry.

The battle area is now reportedly less than one square kilometer. But it’s a densely commercial area and the buildings are made of hard concrete, factors that slow down the advance of troops.

The terrorists are also heavily armed despite the clashes dragging on for over two months. Recently, the military said it has suffered a growing number of deaths in the battle area due to improvised explosive devices that terrorists leave behind buildings they have been forced to abandon due to military advances. – Rappler.com