Manila cop gunned down in Ermita 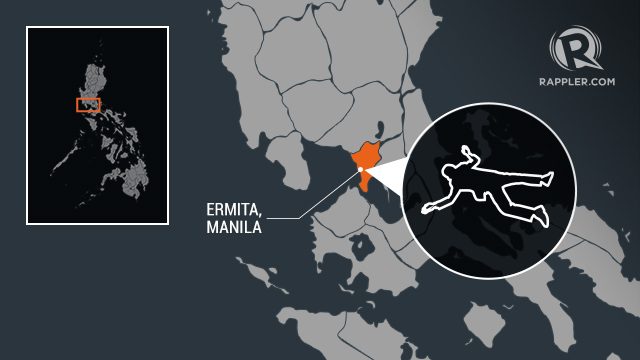 An unidentified gunman shot and killed a police officer in uniform who was riding a motorcycle along Ayala Boulevard, Ermita, Manila Tuesday, August 15.

PO2 Mark Anthony Piñano, 35, was on a motorcycle with his 15-year old daughter Mica headed towards Emilio Aguinaldo College when a lone gunman fired several shots at them.

It was only after Mica stood up after falling to the ground did she realize her father was dead with gunshot wounds in the head and body.

Mica, who said her father was taking her to school, was unhurt from the incident.

Piñano was detailed at the special statistical unit of the Manila Police District Station 3,  according to radio reports.

He is survived by his wife and three children.

A student of Technological University of the Philippines also suffered with a gunshot wound on his leg from a stray bullet from the incident. – Rappler.com