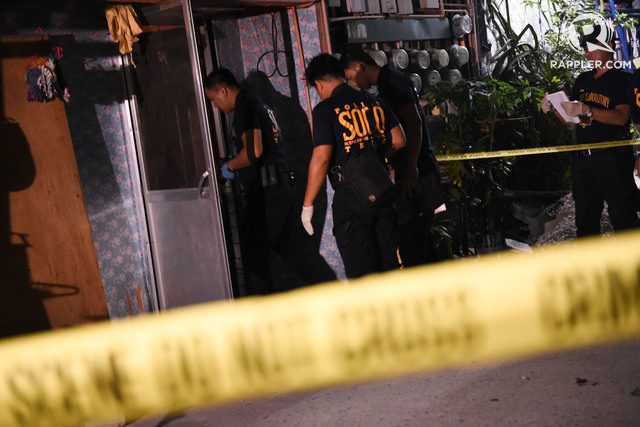 Facebook Twitter Copy URL
Copied
Aside from the casualties and detentions, police seize 230 grams of suspected crystal meth or shabu and 765 grams of marijuana leaves

MANILA, Philippines – In a span of 24 hours, 32 lay dead, and 107 were arrested after Bulacan police conducted a “one-time big-time” drug operation.

In that 24-hour period, Bulacan police conducted the following:

Aside from the casualties and detentions, police seized 230 grams of suspected crystal meth or shabu and 765 grams of marijuana leaves.

They also obtained grenades, firearms, and ammunition from the encounters.

Caramat said that although they try to avoid casualties in their operations, the situation is beyond their control.

“All we can say is we do not have control of the situation.  As much as possible we wanted to remove those elements that would lead us to a bloody encounter,” Caramat said.

He also downplayed the deaths as he said those killed were notorious for fighting back.

The 32 dead are the latest additions to the casualty count of the Philippine National Police (PNP) war against drugs, which was relaunched on the promise that it would be less bloody. – Rappler.com