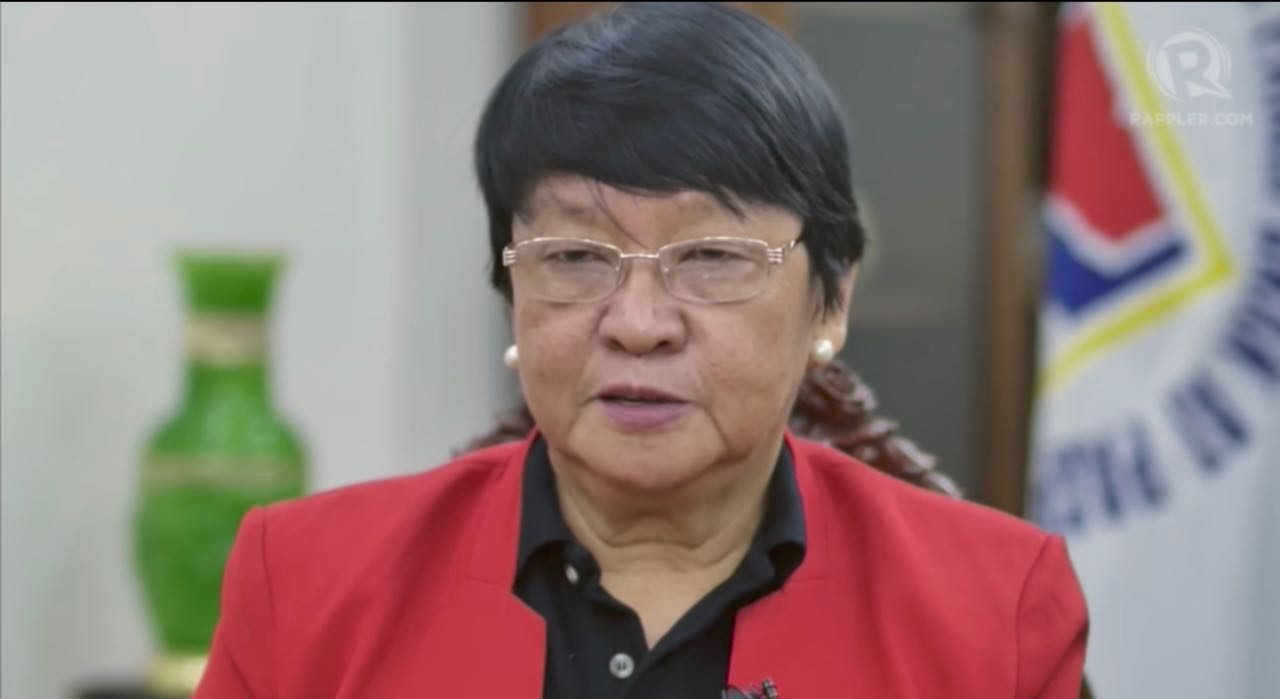 Facebook Twitter Copy URL
Copied
'I wanted to tell him about corruption existing in my office. I have submitted the report. But I wanted to relay it to him personally,' Taguiwalo says

MANILA, Philippines – After her one year of service in the Cabinet, outgoing Department of Social Welfare and Development (DSWD) secretary Judy Taguiwalo said she felt bad about not meeting President Rodrigo Duterte before the Commission on Appointments (CA) rejected her appointment.

Taguiwalo said she requested for a meeting with Duterte but he did not accede.

“It was my great frustration. I had a feeling that I would be rejected so I set an appointment with him to thank him for giving me the chance,” Taguiwalo said in a Rappler Talk interview on Thursday, August 17. (WATCH: Rappler Talk with ‘People’s Social Welfare Secretary’ Judy Taguiwalo)

“I wanted to tell him about corruption existing in my office. I have submitted the report. But I wanted to relay it to him personally,” she added without giving further details.

Taguiwalo was also asked if she felt abandoned by the President. Most of the members of the powerful Commission are Duterte allies. Ironically, CA members of the Liberal Party – senators Francis Pangilinan, Franklin Drilon, Ralph Recto, and Paolo Benigno Aquino IV – voted for her appointment.

Recto even delivered a heartfelt speech he had prepared in the event of a Taguiwalo confirmation.  (READ: Taguiwalo ‘represents all of us, all our dreams, all our aspirations’ – Recto)

To this, she responded: “I think that eventually, he left it to the CA to decide on my case without his intervention.”

“In the last analysis, he has the power to influence the members of the CA. Although publicly, he says, ‘I don’t want to do that because we are independent bodies.’ But we have seen in terms of his priority legislation, martial law in [Mindanao], the extension, he is able to call it.”

In the end, Taguiwalo said that in the DSWD she is leaving, they have stayed true to Duterte’s order for the department to provide compassionate service.

“Given the problem we faced of slow service delivery, maagap at may pagkalinga – prompt with compassion, patas na pagtrato sa komunidad or equal treatment of communities, regardless of affiliation,” she said.

Taguiwalo also reiterated her call for the President to pursue the peace talks with the left-leaning National Democratic Front (NDF). Taguiwalo was an NDF nominee to the Cabinet.

“We know that it has not been smooth. It has its ups and downs but the government panel headed by Secretary [Silvestre] Bello and the OPAPP [Office of the Presidential Adviser on the Peace Process] of Secretary Jess Dureza are still intent on pursuing the peace talks with the NDF. I hope they will still talk,” she said. – Rappler.com