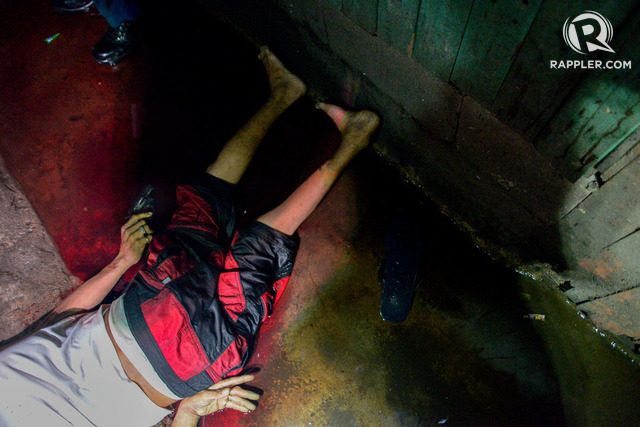 MANILA, Philippines (UPDATED) – Senators on Friday, August 18, pushed for an “impartial” investigation into what they called the “worrisome” fresh spate of killings in the drug war, one involving the suspicious death of 17-year-old Kian Loyd delos Santos.

Senator Panfilo Lacson, former Philippine National Police chief, said the deaths in two police operations – 32 in Bulacan and 25 in Manila in a span of two days – wherein “those killed allegedly resisted arrest by firing back at the lawmen seem like they are  mutually contrived.”

“It’s worrisome, to say the least, coming even from somebody who in his previous lifetime as a law enforcer was a natural suspect in violating human rights of crime suspects that we used to pursue,” said Lacson.

He reminded the Philippine National Police Internal Affairs Service and the Department of Justice, which are investigating the deaths, “to be very fair and objective in conducting their probe to save whatever credibility is left in them brought about by the PSupt Marcos et al controversy.”

He was referring to Senior Superintendent Marvin Marcos, who led a police raid in a Leyte jail that led to the death of Albuera mayor Roland Espinosa and another inmate – believed to be rubout. Marcos and his team had been reinstated on orders of President Rodrigo Duterte.

Lacson also wondered aloud why Duterte was all out in killing small drug pushers, representing, the demand side of the problem, but not on the supply side or drug smugglers through the Bureau of Customs (BOC).

He noted that the President was “not hitting hard” on the Customs officials responsible for the entry of P6.4-billion shabu that had been smuggled into the country. The day before, Duterte even defended Customs Commissioner Nicanor Faeldon of any involvement in the incident. (READ: Duterte: Faeldon asked to be fired thrice)

“Having said that, I wonder why he’s not hitting hard on the Customs people responsible, directly or indirectly for the apparent free flow into the country of tons of high grade meth coming from China? That, for the life of me, I can’t understand,” Lacson said.

Senator Francis Pangilinan, president of the Liberal Party, also cited the seeming double standard of authorities in the drug war.

(The other death, Kian Loyd delos Santos, 17 years old, it was clearly seen in the barangay CCTV that he was dragged by two men to a place where he was found dead. Police would just drag anyone to reach a quota? Get reward money?)

Senators Grace Poe, Risa Hontiveros, and Sherwin Gatchalian also said in separate statements that they want an impartial investigation of the killings.

“We would like to see an impartial investigation not just in the Senate and also in other institutions. We should take an active part in that and not just take this for granted,” Poe said in an interview on ANC.

Gatchalian specifically called for a Senate investigation into the killing of Delos Santos, who was alleged to be a drug runner though he was not on any drug list.

“Based on the video evidence presented so far in the media, it is quite possible that he was murdered by the policemen who accosted him. A Senate investigation is therefore necessary to establish the true facts, and to ensure that the integrity of the PNP remains intact,” he said.

Hontiveros expressed disbelief at the police’s claim that all those who were killed in the drug operations fought back.

“Lahat ba nanlaban (All of them fought back)? This butchery does not deserve a pat-on-the-back from the President. It deserves an investigation,” Hontiveros said.

To the PNP Hontiveros said: “I know of many decent policemen and women who are faithful to their duty to serve and protect. Let not the murderous tendencies of one man transform you into a killing machine.”

Senator Joseph Victor “JV” Ejercito condemned the killing of Delos Santos, and stressed that “communities should be partners, not collateral damage, in the war against drugs.”

“I have always supported legitimate law enforcement operations to further the President’s war against drugs. But we need to protect innocent civilians and avoid senseless loss of lives. I urge the PNP to investigate this disturbing incident and exercise prudence in the performance of their duties,” he said.

“The police officers involved are not only abusive, they are killers and criminals. I hope PRRD and General Bato will act swiftly on this case especially because the poor boy was not even an addict much less a pusher,” Escudero said.  – Rappler.com