‘Nakaluhod tapos nasubsob’: How Kian was shot, according to PAO 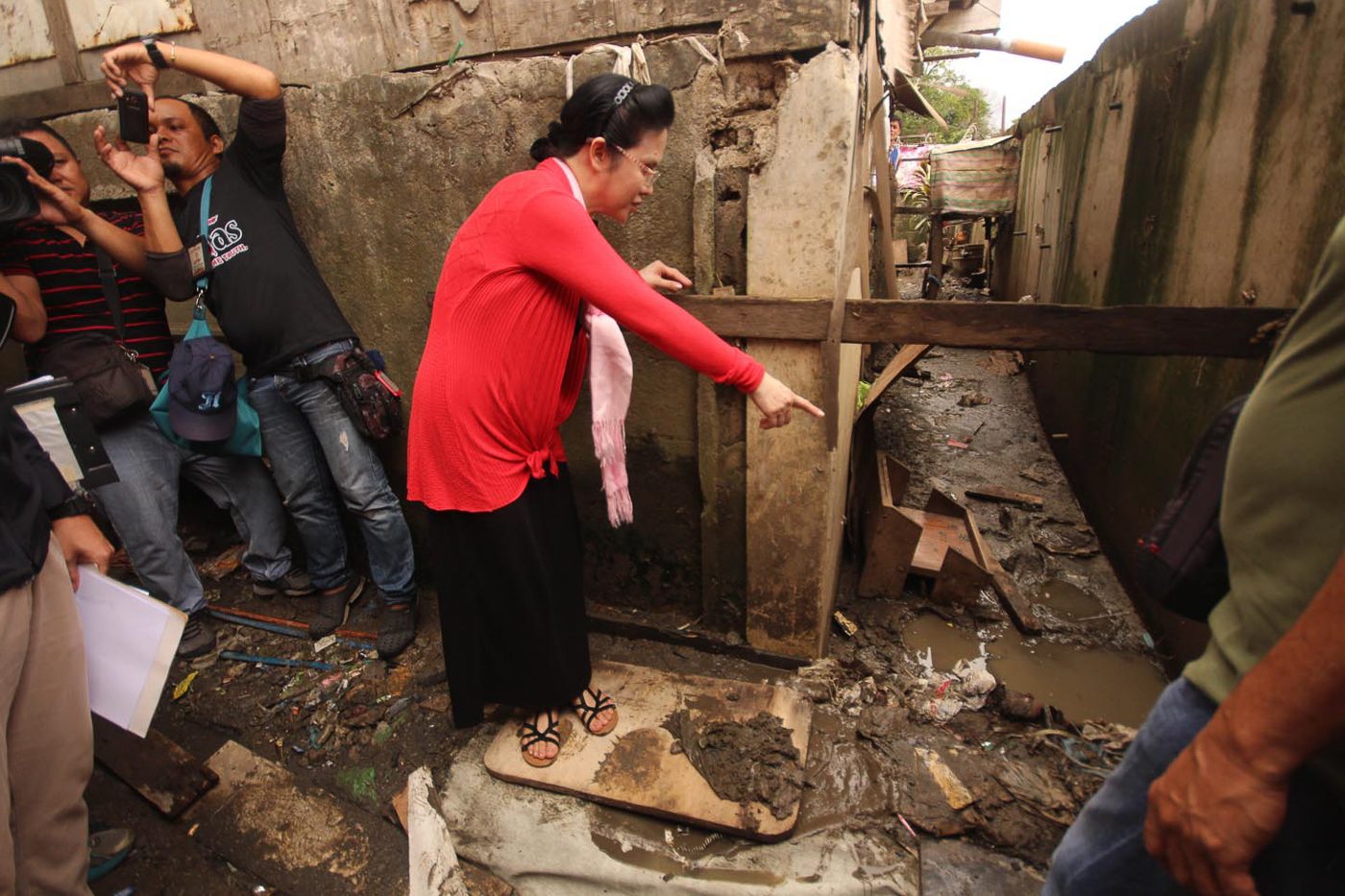 MANILA, Philippines – Policemen of Caloocan City shot Kian delos Santos 3 times while he was kneeling and slumping to his death, according to Public Attorney’s Office (PAO) chief Persida Acosta.

(You will see that he was kneeling and then slumped to the ground, the bullet hit and ricocheted from a lower part of the wall.)

Cops fatally shot Delos Santos at a dead end surrounded by cement walls in Caloocan City on August 16, after they dragged him through dark, winding alleys. (READ: WATCH: The dark alley to Kian delos Santos’ death)

PAO conducted a re-autopsy of Delos Santos’ remains on Monday, August 21, and the findings, said Acosta, are sufficient to file murder charges against the cops.

Delos Santos suffered 3 fatal wounds, according to the PAO chief.

One of the fatal wounds is considered treacherous, Acosta added. In legal terms, a treacherous wound is inflicted by the assailant to ensure execution. The treachery can be cited as an aggravating circumstance in the filing of murder charges.

The re-autopsy was done by PAO’s own forensic team. The formal report is still being processed and will be used as primary evidence when PAO files the complaint before prosecutors.

The forensic report tells a different story from the police narrative of “nanlaban” or the subject resisted and fought back.

According to the spot report of Caloocan policeman PO3 Arnel Oares, he and colleagues PO1 Jerwin Cruz, PO1 Jeremias Pereda, and a civilian informant walked through the alleys to conduct the raid, identifying themselves as cops.

Oares said that as they reached the end of a path, shots were fired from their left side.

Oares identified Delos Santos as the one who fired the shots. The cop said he chased after the teenager and was “prompted” to retaliate, firing the shots that killed Delos Santos.

Oares, Cruz, Pereda, and their station commander, Chief Inspector Amor Cerillo, have been relieved from their posts and reassigned to the holding unit.

An eyewitness said cops gave Delos Santos the gun and coerced him to fire it. (READ: Our son, Kian: A good, sweet boy)

“Kapag ikaw ‘yung tinamaan eh talagang magpa-positive ka for gunpowder,” she said. (If you were hit by bullet, you would really test positive for gunpowder.)

Acosta said they will not file the complaint before the Caloocan City Prosecutor’s Office.

“Hindi puwede, hindi siguro kasi may fiscal na nag-pronounce na do’n (It can’t be filed there because a fiscal has already made pronouncements),” she said.

The PAO chief was referring to prosecutor Darwin Cañete, who said in his Facebook posts and in media interviews that Delos Santos’ innocence is far-fetched. Senator Franklin Drilon earlier urged Justice Secretary Vitaliano Aguirre II to fire Cañete for being “prejudiced” against the slain teenager.

Back in June, Cañete also drew flak for posting on his Facebook account that “yellows” – referring to groups linked to the opposition and those critical of President Rodrigo Duterte – should be killed “like cockroaches.”

Aguirre said on Monday night that Cañete cannot be fired.

“Since Prosecutor Cañete is a Caloocan City resident, for cases of death under investigation in Caloocan, he is tasked to gather the relevant factual antecedents of such cases upon the invitation of the police. And that is all that he did in the case of Kian delos Santos’ death,” the justice chief said.

But Aguirre said Cañete will be excluded from the raffle should the complaint be filed before the Caloocan City Prosecutor’s Office, meaning there would be no opportunity for him to handle the case. – Rappler.com